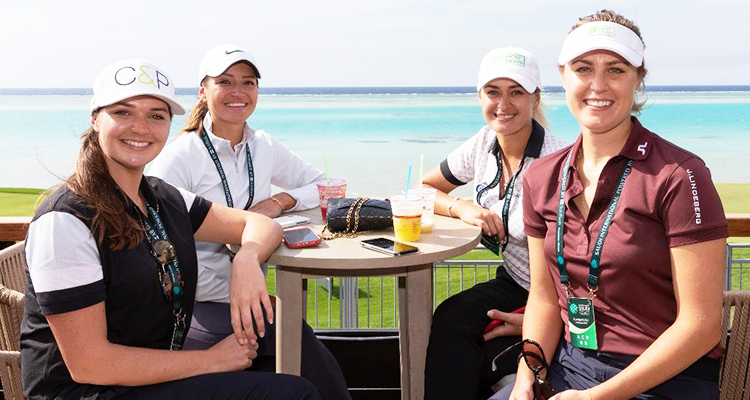 Saudi Arabia has been supporting and encouraging women in sports to flourish and gain limelight.

In one of the many initiatives by the Kingdom to bring forward women in sports, the first ever women's golf tournament is to be held.

The Ladies European Tour (LET) event, which will be the first-ever professional women’s golf event in the Kingdom, will mark the first time that professional female golfers will play competitively in the country.

Breaking new ground in its ongoing transformation as part of the Vision 2030. 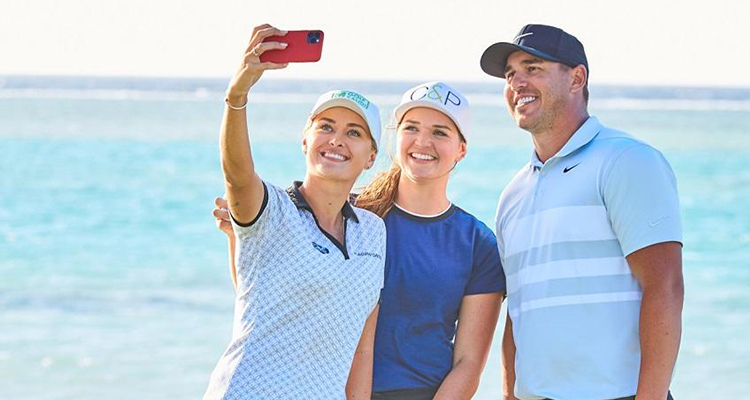 The tournament will carry a USD$1 million prize fund and will be staged in collaboration with Golf Saudi and the Saudi Golf Federation.

With four weeks to go until the conclusion of the inaugural Saudi Ladies International, preparations are well underway for this watershed moment.

The 72-hole stroke play (four rounds) competition, will be broadcast domestically and to more than 340 million homes across more than 55 countries worldwide, will inspire a new generation of golfers throughout the Kingdom.

A field of 108 LET professionals will contest for one of the richest prizes on the LET Schedule at Royal Greens Golf & Country Club, near Jeddah, on the country’s stunning Red Sea coast. 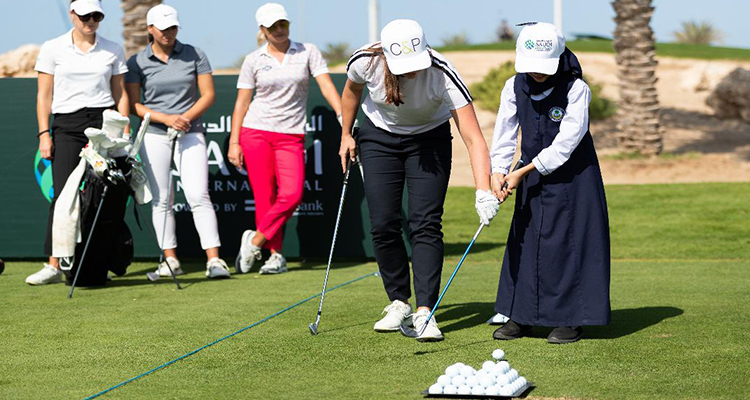 The tournament will carry a USD$1 million prize fund and will be staged in collaboration with Golf Saudi and the Saudi Golf Federation.

“Our engagement with the Ladies European Tour is really crucial.” said Majed Al Sorour, CEO of the Saudi Golf Federation and Golf Saudi, looking ahead to next month’s first-ever tournament.

“At Golf Saudi we are looking for equality and that's why we reached out to the LET in order to host this tournament. Women should be able to compete on their own platform and that is why we focused on the prize money for the inaugural Saudi Ladies International.

We felt past amounts weren’t sufficient and that is how we came up with the decision to make it $1 million. We wanted  to send a message to our women and our daughters that we are looking for equality and golf can be a vehicle to achieve this.”

Next month’s Saudi Ladies International will once again showcase Saudi Arabia’s natural assets, as well as prioritising the country’s drive to increase golf participation significantly in the years to come, particularly amongst young women, as part of Golf Saudi’s “Ladies First” campaign.

The Kingdom already has a strong track record when it comes to staging high-level sporting fixtures, including major football, boxing, motorsport and equestrian events.

“By hosting the first-ever Saudi Ladies International and bringing in big stars, they’re drawing in the right attention and are opening a window into what the Kingdom has to offer for both players and visitors alike.”

Royal Greens Golf & Country Club, which is set within King Abdullah Economic City, has had an incredibly busy start to 2020, by already playing host to the European Tour’s Saudi International powered by Softbank Investment Advisers.

At last month’s second staging, Major champion Graeme McDowell emerged victorious and the victory marked his first title on the European Tour since 2014 and also improved his world ranking from 104 to 47. 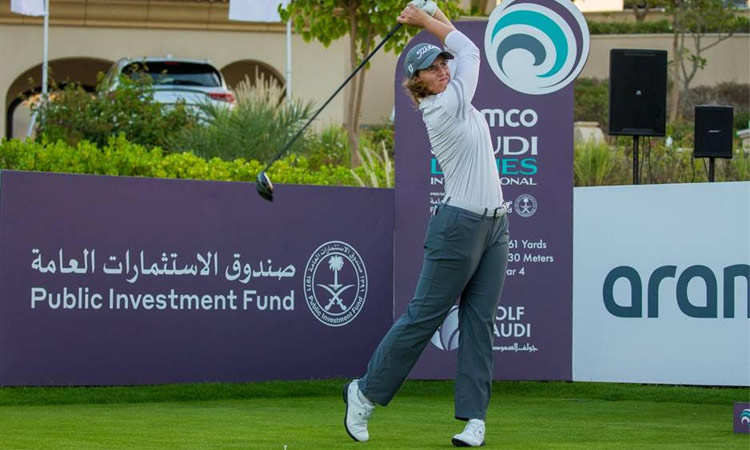 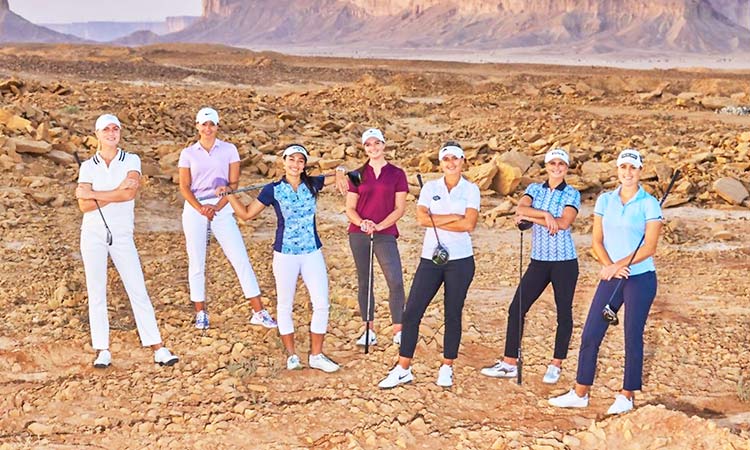 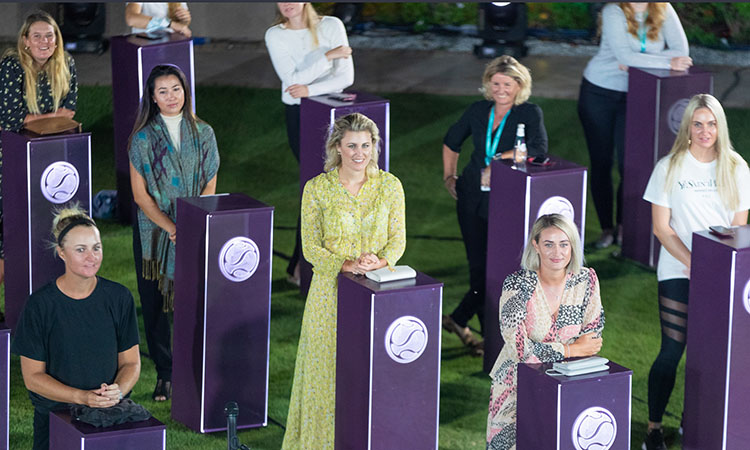 The debut Saudi Ladies Team International gets underway today– and in many ways promises to be one of the most innovative tournament formats women’s golf has ever seen. 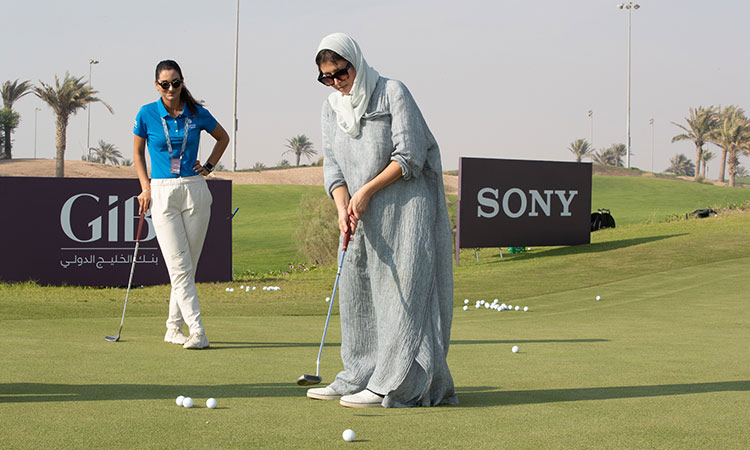 Princess Nourah impressed by the uptake in golf by Saudi women

Princess Nourah Bint Mohammed Al Faisal on Thursday visited Royal Greens Golf and Country Club to see for herself the progress Golf Saudi is making in terms of growing participation in female sport in the Kingdom.