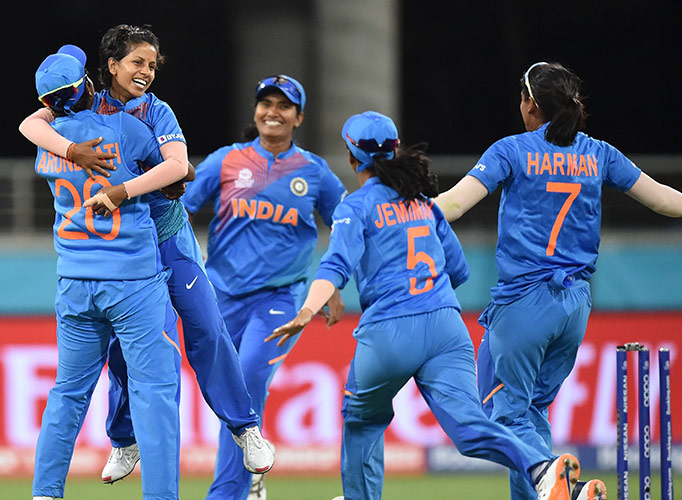 Poonam Yadav helped India stun defending champions Australia in the opening at the Showground Stadium in Sydney on Friday. AFP

The women’s Twenty20 World Cup started with a major upset as Indian leg spinner, Poonam Yadav helped India stun defending champions Australia in the opening at the Showground Stadium in Sydney on Friday.

Australia won the toss at a near-full Sydney Showgrounds and elected to bowl. India were restricted to 132 for four off their 20 overs before a half century. However, opener Allysa Healy made sure Australia were in the hunt with a solid knock.

Australia were 58 for 2 at the 8th over before Harmanpreet Kaur decided to unleash leg-spinner Poonam Yadav on Australia.

Voted India's top female player last year, she bagged the crucial wickets of Healy, Rachael Haynes and Ellyse Perry, and was unlucky not to grab a hat-trick in her match-winning 4-19.

"It is a great relief to win, I'm really happy for my girls. We knew this track is something where we could do well. If we could get to 140, we thought the bowlers can do the job. A bowler like Poonam is someone who leads from the front," said Indian skipper Harmanpreet Kaur.

It was a big win for India, with only the top two from each of the two five-team groups making the knockout phase. A dangerous New Zealand, along with Sri Lanka and Bangladesh, are also in their group.

"They started off well and put us under the pump. At the halfway mark, 133 to chase, we thought we were in a pretty good place to win. Unfortunately we didn't quite execute with the bat today. There was a lack of partnerships through the middle and India bowled extremely well. We came into this match as ready as we could have been but India outplayed us a little bit,” said Australian captain Meg Lanning.

Lanning's team, four-time World Cup winners, were rarely tested through the second half of 2019 when they whitewashed an injury-ravaged West Indies and a developing Sri Lanka team in the short format.

But they slumped to defeat against major rivals India and England this month, before rallying to win their warm-up tri-series.

Australia made a steady start, putting on 30 runs in the opening five overs before fast bowler Shikha Pandey removed Beth Mooney.Healy kept the pressure on with a flurry of boundaries.

She brought up her 10th half-century with a six off Yadav, who promptly got her out next ball.

Yadav then tempted Haynes down the pitch and she was stumped before Perry was bowled for a golden duck.

Yadav was on a hat-trick and Jess Jonassen got an edge only for wicketkeeper Tanya Bhatia to fluff the catch, depriving her of glory. But she soon struck again to snare Jonassen and Australia could find no way back. 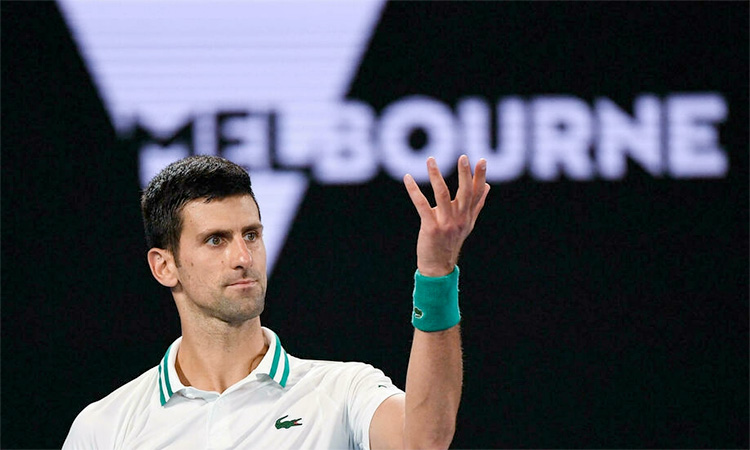