Kohli breaks another record, this time on social media - GulfToday 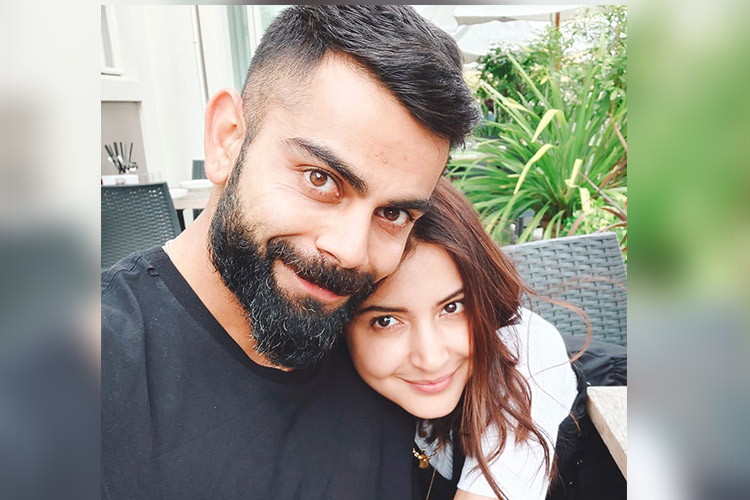 Virat Kohli, the captain of Indian cricket team, who has beeen known for breaking records on the field, has now broken a record of another sort.

The leader of Men in Blue himself is following 480 and has 930 posts on the picture-sharing website. 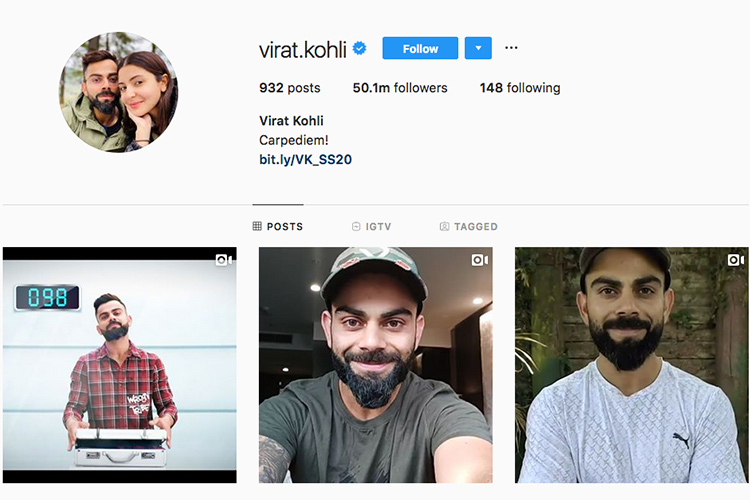 The 31-year-old is also India's most valuable celebrity.

According to a study by global advisory firm, Duff and Phelps, Kohli topped the brand valuation list for the third consecutive year as his value rose by an impressive 39 per cent to $237.5 million in 2019.

Bollywood actor Priyanka Chopra Jonas is the second most followed Indian on Instagram and is followed by 49.9 million users.

Guess who is the best photographer for Virat Kohli

Anuska trolled for not knowing the signal for four

45 minutes of bad cricket put us out of WC Kohli

Deepika Padukone comes third in the list with 44.1 followers.

Prime Minister Narendra Modi is followed by more than 34.5 million users on the picture-sharing website.

Overall, star footballer Cristiano Ronaldo has the maximum number of followers on Instagram. 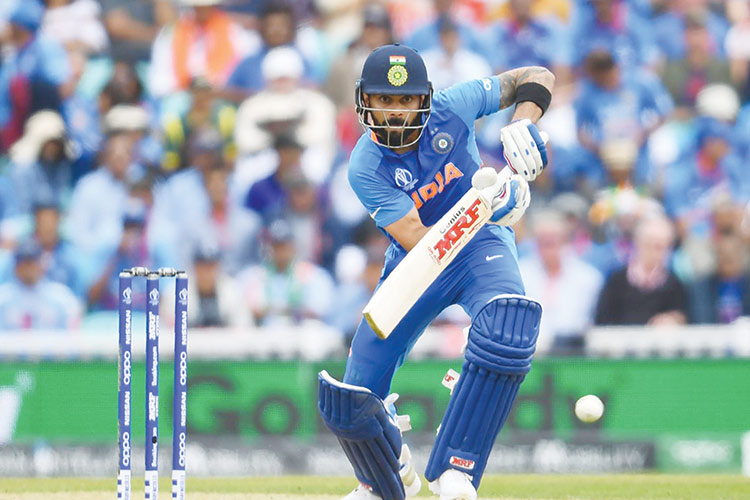 Magic of playing in front of packed crowd can’t be re-created: Kohli

Speaking on ‘Just kidding’ with Virat Kohli on Star Sports’ Cricket Connected show, Kohli said while games will still be competitive, that energy players feed off supporters in the ground will be lost.