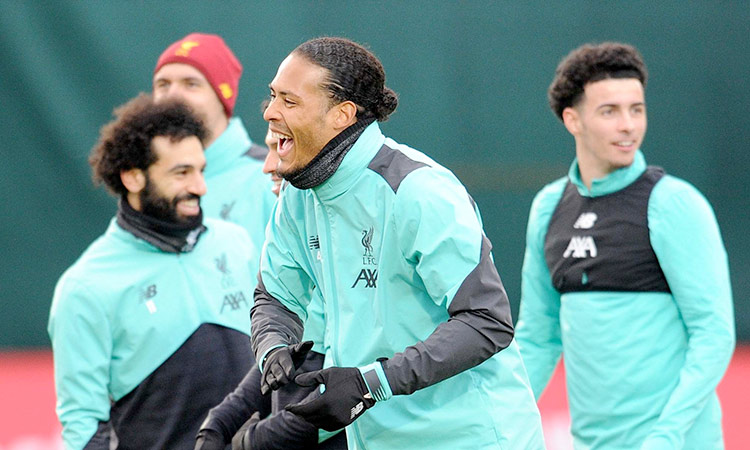 Liverpool players share a light moment during a training session on Thursday, ahead of their match against Norwich.

Liverpool are expected to take another step towards clinching a long-awaited Premier League title at bottom-of-the-table Norwich, while behind the runaway leaders the battle for Champions League places takes centre stage this weekend.

The Reds can extend their mammoth 22-point lead over Manchester City at Carrow Road on Saturday as they aim to not only win the league for the first time in 30 years, but smash the record books in the process.

Klopp’s men have dropped just two points all season and are on a run of 16 consecutive league wins.

That march towards the title began on the opening night of the season when Norwich visited Anfield and were 4-0 down inside 42 minutes.

An injury to Alisson Becker was the one big concern of that victory for Klopp as the Brazilian was sidelined for two months.

After taking some time to get back to his best form, Alisson has saved 26 of the last 27 shots he has faced, with Liverpool racking up an aggregate score of 23-1 in that time.

“We want to win the title and for winning the title, you need to win everything,” Alisson told Premier League Productions.

“The way we play, you need to enjoy that because if you don’t enjoy that then you cannot play all the games with our intensity.”

Meanwhile, the first ever Premier League mid-season break pleased Liverpool coach Jurgen Klopp as it allowed the runaway leaders to rest their aches and pains following the hectic festive period.

Klopp said the break will have done his squad the world of good as he knew from his own playing experience. “I was a player myself. When I look back it feels like I played through 80% of the time with pain,” he said at his eve of match press conference.

“Nobody appreciated that because I played bad so it didn’t help. Nobody asked then. It is completely normal for a professional football player to play through pain.

“After that long period in December-January, there was no player in the squad who had no pain. Everybody had something.”

A massive 55 points separate Norwich from the champions-elect with the Canaries seven points adrift of safety. Daniel Farke’s men desperately need to start turning good performances into points to beat the drop.

However, they have shown an ability to upset the odds with one of their four league wins this season coming against Manchester City. For a long time, Leicester were Liverpool’s closest challengers at the top of the table, but the Foxes’ form before a two-week winter break had faded with just one win in four league games.

An eight-match winning streak earlier in the season means Brendan Rodgers’s men still have a 10-point cushion in the race for a Champions League place and can even move back up to second with victory at Wolves on Friday.

And Rodgers is hoping a fortnight’s rest, without any overseas training camp, will have been the perfect tonic to recharge his side for the run-in.

“There’s improvements to be made, no doubt,” said the former Liverpool boss. “We will now regain a bit of stability.” Wolves have also suffered a mid-season dip with one win from their last six league games, albeit two of those fixtures were against Liverpool.

Nuno Espirito Santo’s side have fallen behind Sheffield United, Tottenham, Everton and Manchester United in the battle for the top four and need to return to winning ways on Friday to remain in the hunt.

Chelsea remain in pole position for fourth place despite a run of four wins in their last 13 league games. 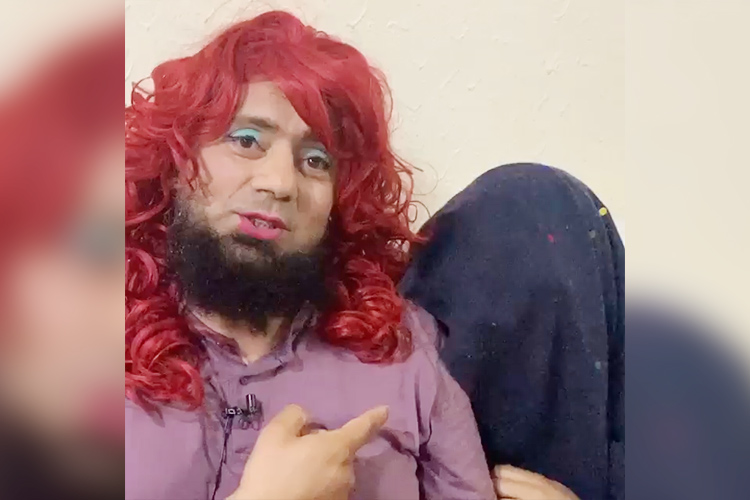 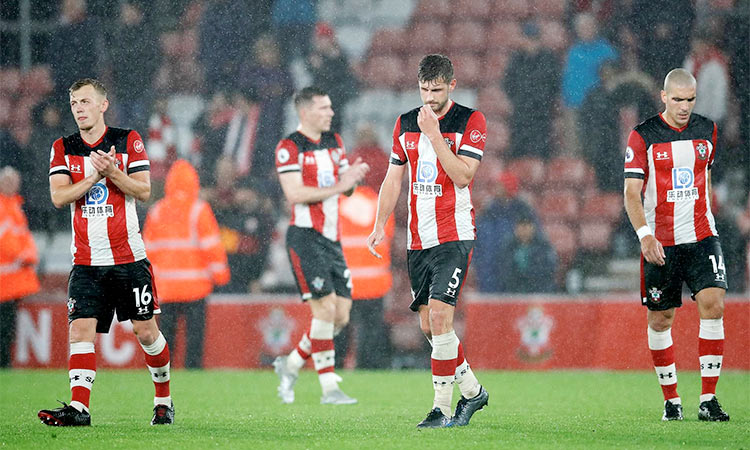 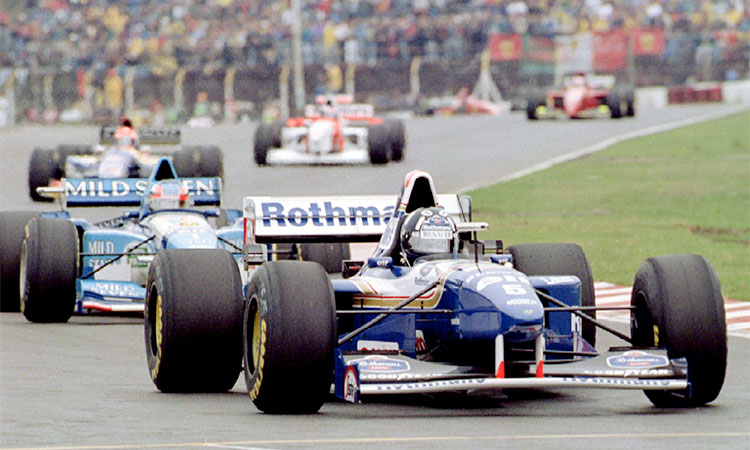