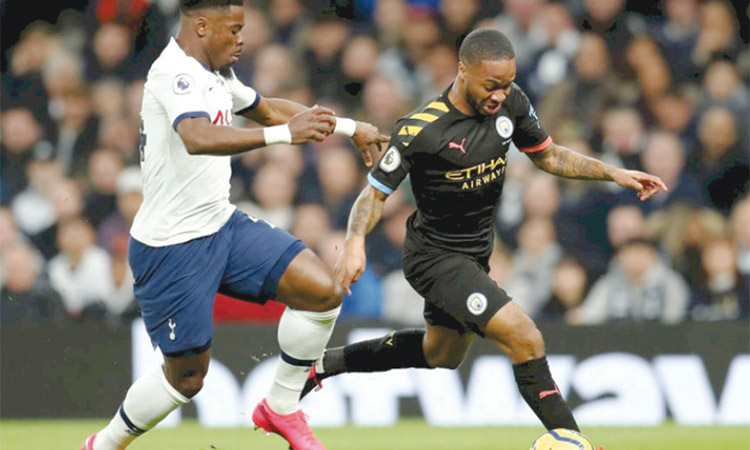 Raheem Sterling will miss the Premier League game against West Ham this weekend and is in a race against time to be fit after City’s two-week winter break. Manchester City website

Pep Guardiola says he wants Lionel Messi to finish his career at Barcelona rather than join him at Manchester City.

Messi has a release clause in his contract this summer and reports in Spain and England have suggested he could trigger it after a rift with Barcelona’s sporting director Eric Abidal, who has accused the players of getting former manager Ernesto Valverde the sack.

Guardiola was Barcelona manager from 2008 to 2012 and works alongside former Barca directors Ferran Soriano and Txiki Begiristain at City, so it is little surprise the Premier League champions have been tipped as favourites to sign Messi if he decides to leave the Camp Nou.

City have been linked with the Argentine striker every season since Guardiola arrived in England in 2016, but after spending his entire career with the Catalan club, the City manager repeated his oft-stated opinion that he thinks -- and hopes -- Messi will stay there until his retirement.

“He will stay there, that’s my wish,” Guardiola told reporters on Friday.

“I’m not going to talk about players for other clubs. I think he will finish his career there, that’s my wish.” Meanwhile, Guardiola says Raheem Sterling could be out for “weeks” after the City winger injured his left hamstring in the defeat at Tottenham last Sunday.

Sterling will miss the Premier League game against West Ham this weekend and is in a race against time to be fit for when City resume their season after a two-week winter break.

They face Leicester on Feb.22 before the first leg of their Champions League last 16 tie against Real Madrid four days later.

Long-term casualty Leroy Sane is training again and could return after the winter break.

Apart from Sterling, left back Oleksandr Zinchenko will miss the West Ham game on Sunday through suspension after his red card against Tottenham.