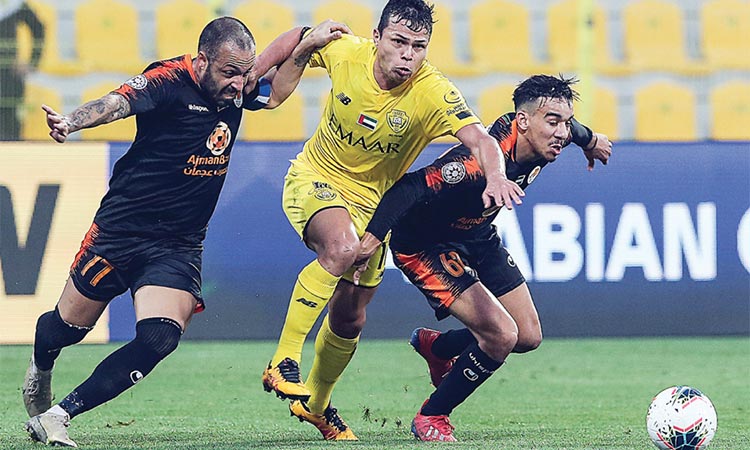 Players of Al Wasl and Ajman vie for the ball during their Arabian Gulf league match on Friday.

Welliton scored a late goal as Al Wasl snatched a 1-1 draw against Ajman, at the Zabeel Stadium in matchweek 16 of the Arabian Gulf league on Friday.

After a slow start, Al Wasl were first to threaten Ajman in the 28th minute, when Christian Trasch set up the ball for Fabio De Lima, whose header was denied by Ali Al Hosani.

Ajman responded in 41st minute, when Vander Vieira released Siani Clovis with a defence-splitting through pass, however, the midfielder’s effort was blocked by Humaid Abdullah.

The Oranges continued to pile up the pressure and in the first minute of injury time they managed to break the deadlock when Issam Faiz intercepted the ball in the midfielder and squared it to William Owusu, who dribbled past Al Wasl’s defenders and drilled the ball into the bottom corner.

The Cheetahs were looking to level things up in the second half. In the 67th minute, Lima received the ball near the edge of the box and cut on his left before sending a powerful left footed strike that was handled brilliantly by Al Hosani.

10 minutes ahead of the fulltime whistle, Al Hosani pulled off another brilliant save to deny Ahmed Al Abri’s right footed freekick effort.

Al Wasl’s efforts finally paid off as they scored the leveler in the dying moments of the game. Lucas Galvao found Lima with a long through pass, that the number 10 squared to Welliton, who converted past Al Hosani with a diving header ending the game as a 1-1 draw.

After the draw, Al Wasl occupy the eighth spot with 23 points before their away encounter against Sharjah. On the other hand, Ajman remain 10th with 18 points and will host Al Dhafra in matchweek 17 of the Arabian Gulf League.

In another match, Khorfakkan and Fujairah shared the spoils in an entertaining 2-2 draw, at Khaled Bin Mohamed Stadium.

Both teams started the game evenly, as they shared position in the opening 20 minutes. Khorfakkan, however, were awarded a penalty kick in the 29th minute as Ahmed Suleiman stepped on Fahad Hadeed’s foot inside the box. Dodo converted from the spot to make it 1-0.

Six minutes later Fernando Gabriel leveled things up for Fujairah. The Brazilian received Jefferson’s pass and finished the ball into the top corner with a composed left footed strike.

The Eagles restored their lead in the 44th minute, as Hadeed went up the right flank and sent an accurate cross towards Ramon Lopes, who left the goalkeeper helpless with a towering header.

Khorfakkan continued to be the better side in the second half and in the 56th minute they wasted a marvelous chance to score the third of the night. Lopes went on a one-on-one situation with Abdullah Al Tamimi, but the striker’s shot cannoned off the post.

Against the run of play, Fujairah managed to net the equaliser just two minutes later through Abdullah Al Junaibi. Gabriel turned from scorer to producer as his out-swinging corner kick cross was headed brilliantly by the defender to make it 2-2.

Four minutes ahead of the fulltime whistle, Lopes set up the ball to Dodo near the edge of the box, however, the midfielder’s first time shot missed the target by a narrow margin.

Following the draw, Khorfakkan remain rock bottom with nine points ahead of their difficult clash against Al Jazira. Meanwhile, Fujairah occupy the 13th spot with 12 points and will host Kalba in the next matchweek. 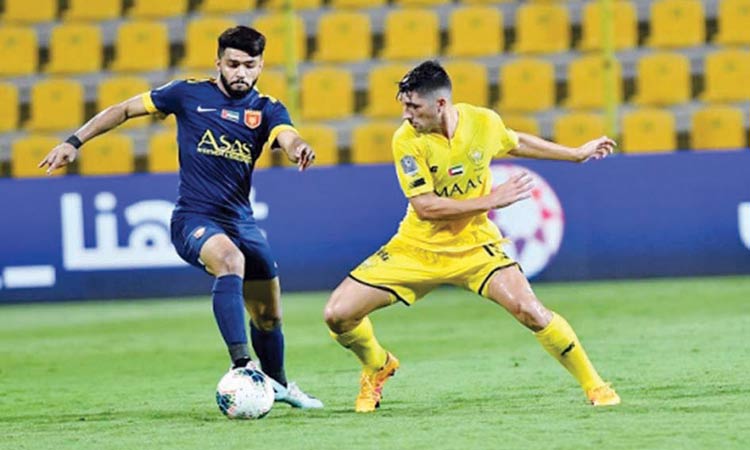 Salim Saif’s goal was the difference as Al Wasl fell to a surprise 1-0 defeat against Fujairah at Zabeel Stadium in matchweek three of the Arabian Gulf Cup Group B. The Wolves were first to threaten 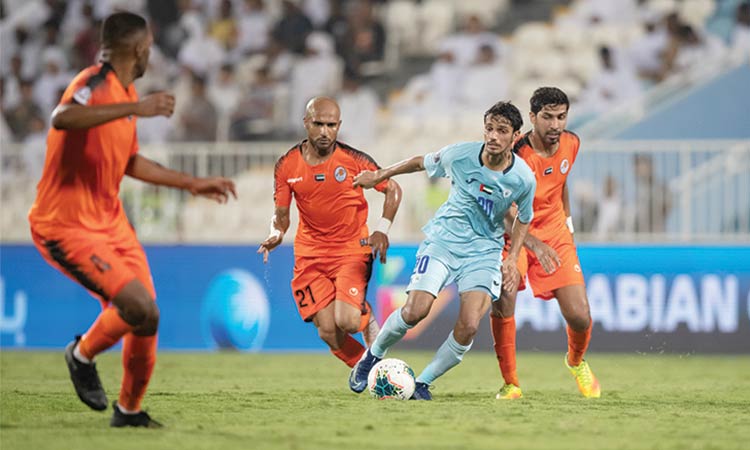 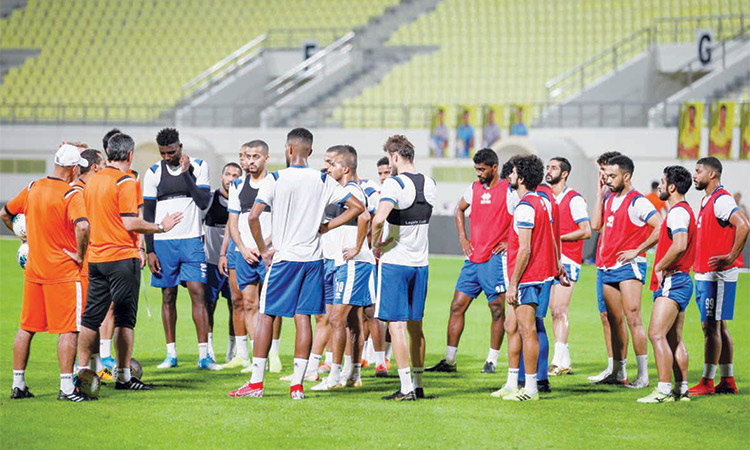