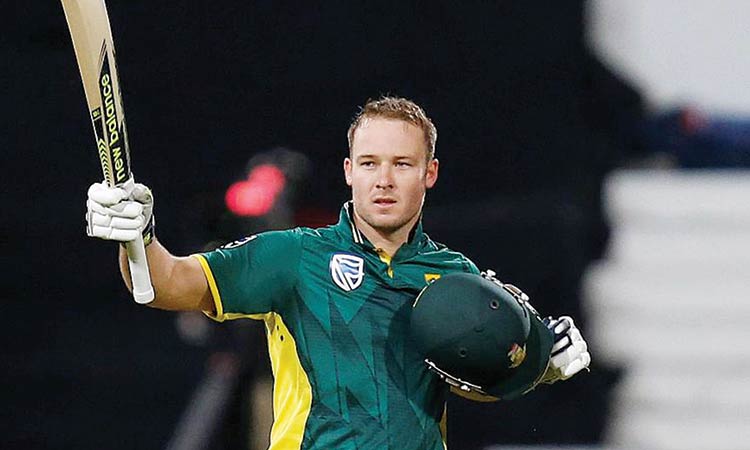 David Miller has also welcomed the appointment of Quinton De Kock as new captain of South Africa for the England series.

Hard-hitting batsman David Miller has backed the new-look South Africa One-Day International squad to banish the memories of a disastrous World Cup campaign last year, ahead of a three-match home series with England starting at Newlands on Tuesday.

South Africa won only three of their nine matches at the global finals last year as England went on to be crowned world champions on home soil, and at the start of a new cycle ahead of the 2023 finals have refreshed their squad.

“It’s exciting,” Miller told reporters. “It is not the normal squad everyone is used to seeing. From my side that is refreshing, it’s a new start.

“The guys that have come in must learn as quickly as possible. We are here to win, not to just see how things go.

“It’s an exciting time to be in South African cricket. The guys have got a lot of energy and are willing to learn.”

Miller has also welcomed the appointment of De Kock, who takes over from Faf du Plessis, the latter having been rested for the series along with fast bowler Kagiso Rabada.

“Quinny and I have come a long way. He is an unbelievable performer and thinks about things very simply.

“But I genuinely believe as he has got older, he has got a great feel on the ground during the game. A great understanding of what is going on and what to do.”

Miller hopes the selectors will back the squad that has been chosen beyond this series and give the players a fair run.

“It is about trying to find the best combination as early as possible and sticking with that. It is about doing the business on the park. It is about putting scores together as a batting unit.

“We are playing the world champions, but everybody is beatable. If we come with the right mindset it will be a really good series.”

Only eight of England’s winning squad will be in action, while South Africa, the first team to be eliminated from contention for the World Cup semi-finals, have retained only five players.

Eoin Morgan has been widely praised for his leadership of the England team, while de Kock is something of an unknown quantity in charge of South Africa after the selectors decided to ‘rest’ Faf du Plessis from this series. Interim director of cricket Graeme Smith said recently that De Kock would have an extended run as captain of the one-day side with Du Plessis expected to quit international cricket later this year - long before the next World Cup in 2023.

Apart from being captain, De Kock is by far the most experienced batsman in what seems a largely experimental squad. To reduce his responsibilities, a second wicketkeeper in Kyle Verreynne has been chosen and will probably make his international debut at some stage in the series.

Star all-rounder Ben Stokes, the hard-hitting Jos Buttler and fast bowlers Jofra Archer and Mark Wood were all given this series off after being part of the World Cup-winning team and playing in the recently-finished Test series, with Archer subsequently ruled out because of injury. Among those with a chance to win longer-term one-day exposure are seam bowler Saqib Mahmood, leg-spinner Matt Parkinson and Test all-rounder Sam Curran, who joins his brother Tom in the squad.