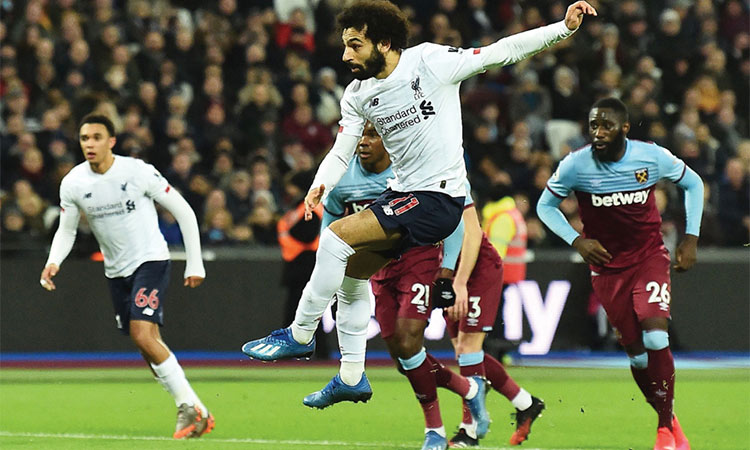 Jurgen Klopp’s men will lock horns with in-form Southampton at Anfield on Saturday with the chance to extend their lead over Manchester City to 22 points. Agence France-Presse

Liverpool can equal Manchester City’s record of 20 consecutive home Premier League wins on a weekend that pits six top-four contenders against each other in the scramble for Champions League spots.

Jurgen Klopp’s men, champions in all but name after 23 wins in 24 matches, will lock horns with in-form Southampton at Anfield on Saturday with the chance to extend their lead over City to 22 points.

Manchester United finally got the Bruno Fernandes signing over the line this week and long-suffering fans will be desperately hoping he can be the key to unlocking opposition defences.

Ole Gunnar Solskjaer’s resources have been stretched thin with injuries to Paul Pogba and Scott McTominay but they have struggled all season, particularly in midfield.

“Bruno’s goals and assists stats speak for themselves,” said the Norwegian boss. “He will be a fantastic addition to our team and he will help us push on in the second part of the season.”

Leicester reset after League Cup pain Leicester boss Brendan Rodgers would have dearly loved to have taken his team to Wembley for the League Cup final but they came up short this week against Aston Villa.

Rodgers said Saturday’s match against Chelsea would galvanise his disappointed players as they push for a top-four place.

Despite their recent wobble, third-placed Leicester still have a sizeable 14-point lead over Manchester United, in fifth spot.

“It’s all building a great resilience in the squad. Chelsea at King Power Stadium at the weekend, it’s a great game for us really, after a game like that.”

When Pep Guardiola and Jose Mourinho pitched up in Manchester in 2016, the city briefly became the centre of the football universe but the build-up to their latest clash has been decidedly low-key.

With so much focus on runaway leaders Liverpool, Sunday’s meeting between the two managerial greats is taking place out of the limelight.

Guardiola’s second-placed team are on the brink of conceding their Premier League title and Mourinho is battling to secure a top-four place for Tottenham after an inconsistent run of results.

The City boss is relaxed about his players’ motivation, even though the title is out of sight, calling them “incredible”.

Mourinho’s team are in a dogfight to finish fourth and look short of firepower without injured forward Harry Kane, but they have started to rebuild following the departure of Christian Eriksen to Inter Milan.

New-signing Steven Bergwijn has been handed Eriksen’s number 23 shirt and will give Mourinho more attacking options as he bids to revive Spurs’ season.

Southampton reap rewards of loyalty An unlikely victory at Anfield would lift Southampton to the fringes of the Champions League race and put extra gloss on an astonishing turnaround under Ralph Hasenhuttl.

Southampton had a dispiriting start to their Premier League campaign, including a humiliating 9-0 defeat by Leicester.

But now they are sitting comfortably in mid-table, eight points off the relegation places, and looking up rather than down.

“It would be normal that we lose (against Liverpool) but this season is anything but normal for us,” said Hasenhuttl. “Not normal in the positive and not normal in the negative way so I don’t expect a normal game from our side at the weekend.”

“We know about the difficulties of this challenge but we need this challenge... I want to see how far we are and how well we can compete against a top team,” he added. 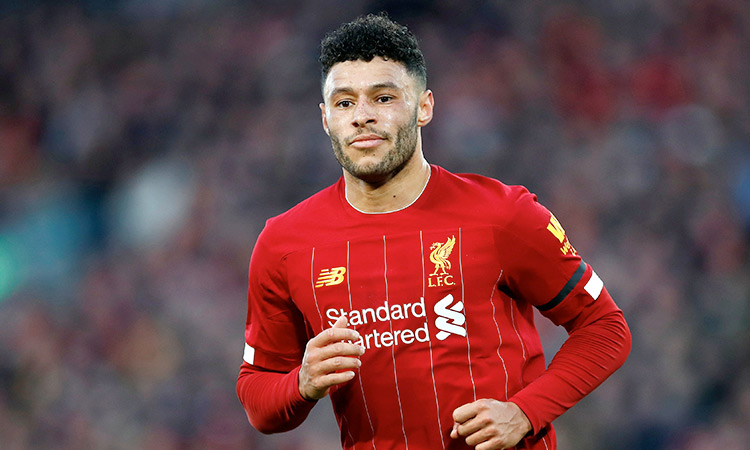 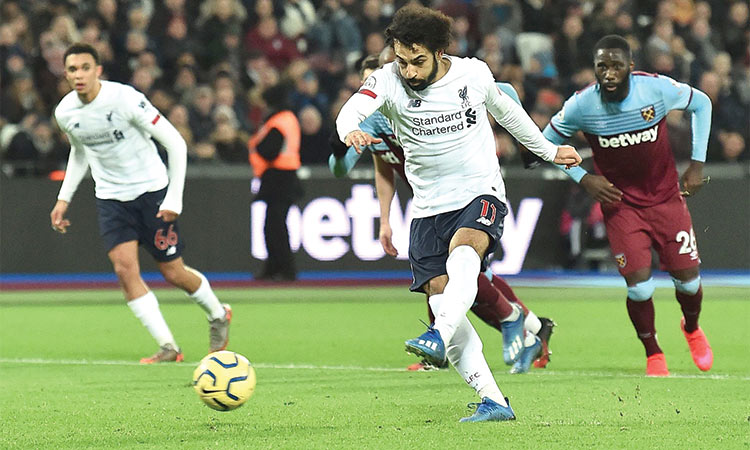 Jurgen Klopp insisted Liverpool are not motivated by making history after the runaway leaders took another step towards the Premier League title with a 2-0 win at West Ham on Wednesday.