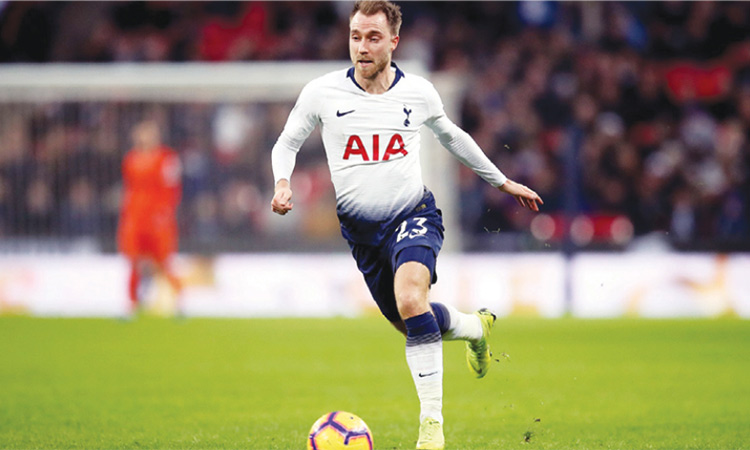 Inter Milan have brought in Christian Eriksen, Ashley Young and Victor Moses to keep the pressure on leaders Juventus as the Chinese-owned club target a first Scudetto since 2010.

Antonio Conte’s new Premier League recruits have been settling nerves at title-chasing Inter Milan who travel to Udinese on Sunday looking to end a three-match Serie A winless run before their derby clash against city rivals AC Milan.

Inter have brought in Christian Eriksen, Ashley Young and Victor Moses to keep the pressure on leaders Juventus as the Chinese-owned club target a first Scudetto since 2010.

The pace of the season had taken its toll, however, and Inter are on a run of three consecutive 1-1 league draws against Atalanta, Lecce and Cagliari.

Lautaro Martinez was given a two-match ban for his late sending off against the Sardinians, and will miss Sunday’s game in Udine and the derby against AC Milan the following weekend.

Conte’s side are three points behind eight-time reigning champions Juventus, who slipped up last weekend with a 2-1 defeat at Napoli.

But they have recruited Tottenham midfielder Eriksen, 27, Nigerian Moses, 29, on loan from Chelsea and defender Young from Manchester United.

The trio have already helped Inter reach the Italian Cup semi-final with a win over Fiorentina at the San Siro midweek.

“When this opportunity came up I took it right away,” Young, 34, told Sky Sports Italia.

“Along with Eriksen and Moses we come from the Premier League and this is an opportunity to experience something different, both as a game and lifestyle.

“It’s important for a player to face new challenges.” Former Chelsea boss Conte had already signed Romelu Lukaku from United last summer and also have Alexis Sanchez on loan from the club.

“He’s a fantastic coach, he has won trophies, he has the ambition to win again and I also want to do it here,” added Young.

Eighth-placed AC Milan host Hellas Verona, two points below in ninth, on the cusp of a Zlatan Ibrahimovic-inspired revival.