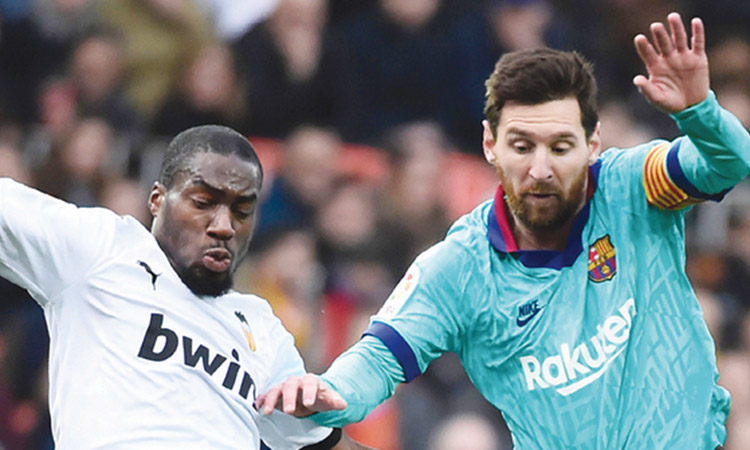 Maxi Gomez’s strike and a Jordi Alba own goal at Mestalla handed Barca their fourth league defeat of the campaign, giving Real Madrid the chance to move three points clear of the champions at the top of the table when they visit Real Valladolid on Sunday.

Barcelona had most of the ball but their opponents had the best chances as Gomez missed a penalty and also hit the crossbar in the first half. Gabriel Paulista saw a third goal ruled out late on.

While performances under previous coach Ernesto Valverde were stodgy, he left a team that sat top of the table.

Setien promised a new style but despite dominating possession, Barcelona went nowhere with it and as Valencia grew in confidence, they ceded control.

“It should not take us long,” Setien had said on Friday, when asked how quickly his players could adapt to his methods.

Valencia climb to fifth and continue to improve under Albert Celades. This success came without their captain Dani Parejo and, largely, without star striker Rodrigo Moreno, who has been linked with a January move to Barcelona.

The hosts hardly touched the ball for the first six minutes, their fans whistling as they urged a more aggressive approach.

But the plan was to sit and absorb and it worked, with Barcelona unable to cut through or create a single clear chance.

And when Valencia did intervene, they were more dangerous too. With their first attack they won a penalty as Jose Gaya slipped past Gerard Pique and would surely have scored from eight yards before being brought down.

Pique was booked and, with Parejo absent, Gomez stepped up, only for his driven shot to be well saved by Marc-Andre ter Stegen, albeit with the help of half a yard’s headstart off his line.

Barca were riding their luck. Sergi Roberto’s header cannoned off Pique but fell just close enough for Ter Stegen, who parried a Gomez shot onto the crossbar and almost spilled another to Kevin Gameiro.

Referee Gil Manzano puts his hands together as if to apologise after failing to play advantage when Ferran Torres was clear but the frustration of Valencia’s fans turned to ecstasy shortly after half-time.

Pique’s flicked header landed at the feet of Gomez, whose driven effort took a cruel deflection off Alba and flew in.

Setien traded the patience of Arthur Melo for the physicality of Arturo Vidal and Rodrigo came on to a rousing reception.

Barcelona exerted some pressure and Lionel Messi led the way, hauled to the ground by Francis Coquelin and then denied by a brilliant Gabriel tackle. He fired past the post, headed wide and saw a curling free-kick saved.

Yet just as a Barcelona equaliser began to feel inevitable, Valencia struck again. A quick throw caught Alba out of position and Torres did well to cut inside and switch to Gomez. He took a touch and curled into the corner.

Athletic Bilbao forward Inaki Williams said he was subjected to racist chanting during his side’s 1-1 draw away to Espanyol.

“I’m sad because of the draw but above all because I suffered racist insults, no black player or any player ever wants to hear that,” Williams told the club’s official media. 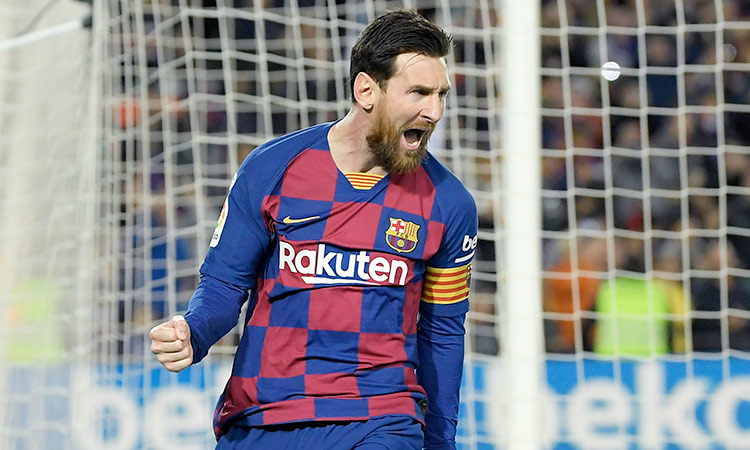