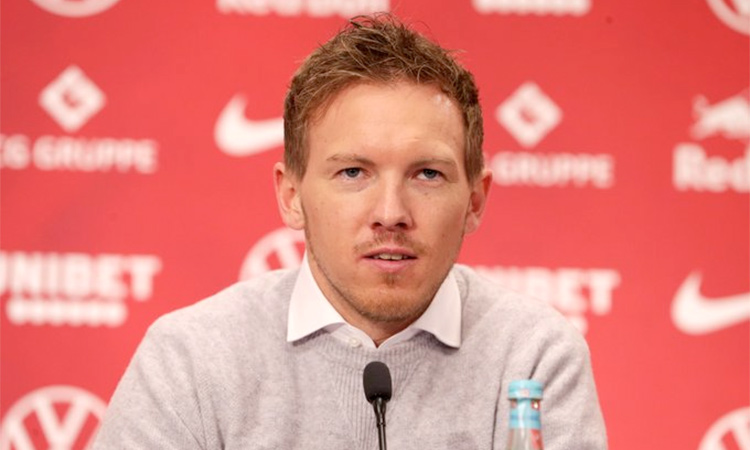 Bayern Munich’s seven-year domination in Germany is under threat with Leipzig, Gladbach, Dortmund and Schalke all in the hunt for this season’s title.

Leipzig travel to mid-table Frankfurt looking to maintain their four-point lead over second-placed Bayern and extend a 13-game unbeaten run in all competitions. Striker Timo Werner is level with Bayern star Robert Lewandowski as the league’s joint top scorer with 20 goals after netting twice in last weekend’s 3-1 home win over Union Berlin.

In an effort to squeeze every advantage Nagelsmann brought in sleep experts to brief his squad about getting better rest between games.

“It was about improving sleep quality — sleeping in the right rhythms and spending less time checking the mobile or watching television in the evening to keep blue light to a minimum,” explained Nagelsmann. Leipzig were caught napping when Union took a shock first-half lead last Saturday before Werner scored either side of a goal by captain Marcel Sabitzer. “We need to be completely greedy in wanting to defend our goal and give nothing away,” Nagelsmann warned.

Bayern host high-flying Schalke, who clawed back into the title picture with a 2-0 home win over Gladbach following the winter break.

The defending champions have strengthened their injury-hit defence by signing right-back Alvaro Odriozola on loan from Real Madrid.

The 24-year-old could made his debut at the Allianz Arena and gives head coach Hansi Flick options in a back four depleted by injuries to centre-backs Niklas Suele and Lucas Hernandez.

“I’m already thinking about the game against Schalke and hope to play,” said Odriozola.

Schalke could also hand a debut to French centre-back Jean-Clair Todibo, who is on loan from Barcelona.

Schalke last beat Bayern in 2011, but David Wagner’s side has improved since the 3-0 home loss to the Bavarians in August when Lewandowski bagged a hat-trick.