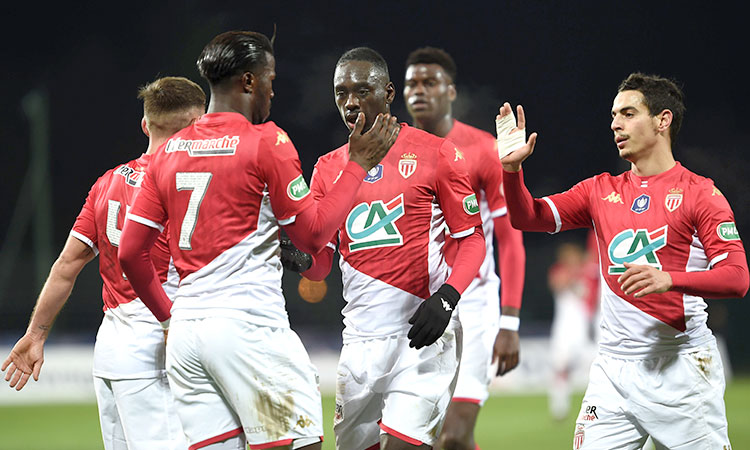 Monaco dominated from the word go as the hosts were trailing by 3-0 by the half time before pulling back one in the dying moments to restore some pride in front of the home fans. Carnejy Antoine scored the lone goal for the giant-killers, who defeated Toulouse 1-0 in the round of 64 earlier.

Spanish-born Senegalese winger Balde scored in the 11th and 28th minutes, the first coming when he struck on the rebound after Stevan Jovetic’s header was parried by goalkeeper Charles-Henri Chatelin.

France international Wissam Ben Yedder then added his name to the scoresheet in the 36th minute. Roberto Moreno’s side will play Saint-Etienne in the next round on Jan. 29.

Meanwhile, Kylian Mbappe says he is dreaming of helping Paris Saint-Germain win a first Champions League trophy this year, as well as leading France to the title at Euro 2020 and the Olympic Games in Tokyo.

The 21-year-old PSG and France star, a World Cup winner in 2018, was asked what was on his wish list for the new year while launching his charity in the Paris suburbs on Monday.

“It would be a treble of Champions League, European Championship and Olympic Games. That wouldn’t be bad,” said Mbappe, with a smile.

“That seems unattainable for the time being but I’m going to make sure I fulfil this dream. It would be a proud moment to be able win the first European title for PSG and for our country to keep winning.”

Mbappe’s charity, “Inspired by KM”, was set up to help 98 children -- a nod to his birth year -- between the ages of nine and 16 from various social backgrounds to accomplish “their dreams”.

Last month, Mbappe put himself forward for the French team at the Tokyo Olympics, while adding he would not want to fight his club over taking part in Japan.

“Playing in the Olympics, I don’t control everything,” he told France Football magazine.

“Of course I want to go, but if my club, which is my employer, doesn’t want me to go, I won’t force a clash.”

He said he would hold talks with PSG sporting director Leonardo, who is said to be hesitant to allow Mbappe to play at the Olympics for fears over his fitness.

Euro 2020 will be held across 12 different cities over the continent from June 12 to July 12, with the men’s Olympic football tournament scheduled for July 23 to Aug.8.

Meanwhile, Cameroonian international striker Karl Toko Ekambi has joined Lyon on loan from Villarreal until the end of the season, the French club announced on Monday.

The 27-year-old, who has scored six goals this season, arrives at a Lyon side sitting seventh in Ligue 1, seven points adrift of Rennes in the third and final Champions League place.

Toko Ekambi will provide Lyon coach Rudi Garcia with another attacking option after winger Memphis Depay was ruled out until the end of the season after suffering a knee injury.

Lyon will pay four million euros ($4.44 million) as a loan fee, with the deal including an option to make Toko Ekambi’s stay permanent for 11.5 million euros.

The forward scored 17 goals in the 2017/18 Ligue 1 season for Angers, before netting 18 times in all competitions for Spanish outfit Villarreal last term.

Lyon face Lille in the French League Cup semi-finals on Tuesday, take on Nice in the French Cup last 16 later this month and are also still in the Champions League, where they will next play Juventus. 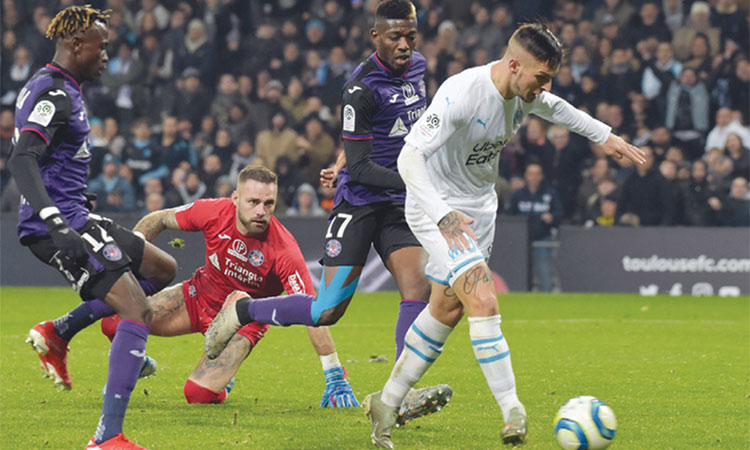 Marseille reclaimed second spot in Ligue 1 when they won 2-0 at 10-man Toulouse who cracked in the final 15 minutes. Earlier on Sunday, Bordeaux edged in-form 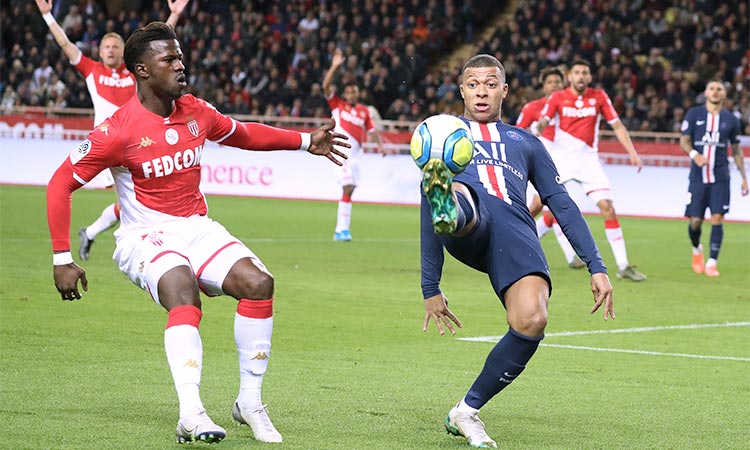 Kylian Mbappe scored twice to take his season tally to 20 as the French World Cup winner shone in Paris Saint-Germain’s 4-1 rout of his former club Monaco on Wednesday.