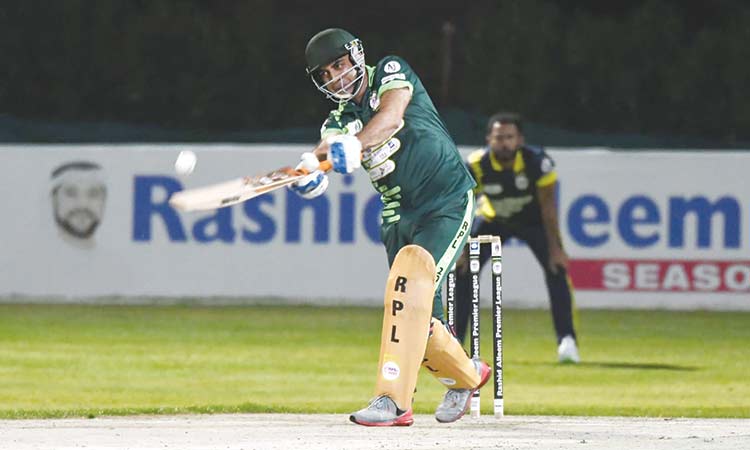 Action from a match between Pakistan Consulate and General Civil Aviation Authority.

Yousuf Khan Electromechanical were bundled out for 71 in 11.4 overs. Charanjeet was wrecker-in-chief as he took five wickets from his spell of four over while giving away 22 runs. Manu Jose bagged three.

Gulbar (26) and Zafar (11) were top scorers for Yousuf Khan Electromechanical.

Shehzad Ahmed (21) and Muhammad Sohail were among the runs for Pakistan Consulate.

Ibrahim hit quick-fire 54 off 26 to help Du score massive 244 for the loss of six wickets. Later, he grabbed four wickets as DNJ B were all out for lowly 52.

72 teams are taking part in the fifth edition of the Rashid Alleem Premier League.

The event falls in line with the Alleem Research and Development Centre’s vision of spreading positive energy and healthy environment in the society.