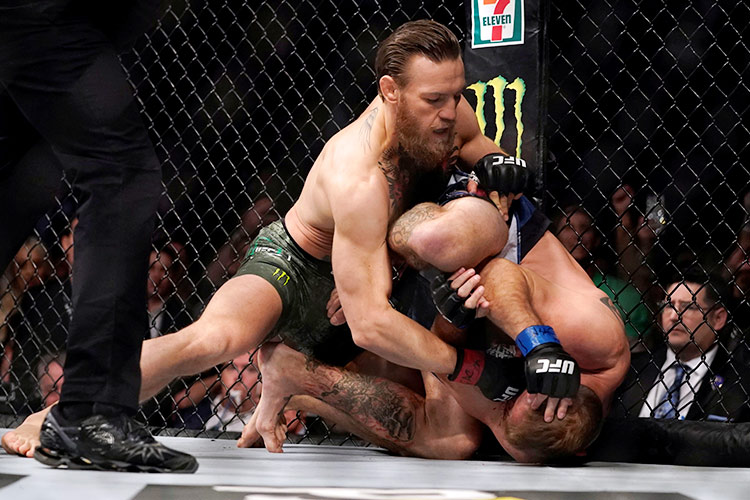 Conor McGregor came out victorious in the UFC octagon on Saturday, welting Donald “Cowboy” Cerrone for a technical knockout victory in just 40 seconds at the T-Mobile Arena in Las Vegas.

McGregor missed the first punch, but had an immediate comeback and bloodied a grappling Cerrone’s nose using an upward shoulder strike. He proceeded to holding onto Cerrone’s jaw with a high kick and then bloodied him with punches.

The mixed martial arts superstar came back to the Ultimate Fighting Championship for the first time since he was defeated by arch-rival Khabib Nurmagomedov in October 2018.

The fight has taken McGregor’s record to 22-4, being his first UFC victory since 2016, when he defeated Eddie Alvarez in a lightweight title fight to become the first fighter in UFC history to hold two championship belts at the same time. 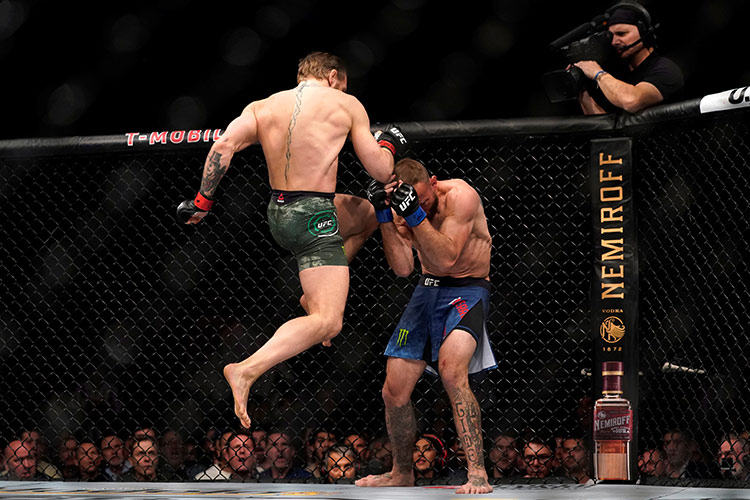 Conor McGregor moves in for a knee hit against Donald Cerrone.  Reuters

That triumph was followed by a loss to boxing great Floyd Mayweather in a cross-combat superfight in 2017, his loss to Nurmagomedov, announcements of retirements and returns to fighting and brushes with authorities outside the octagon. 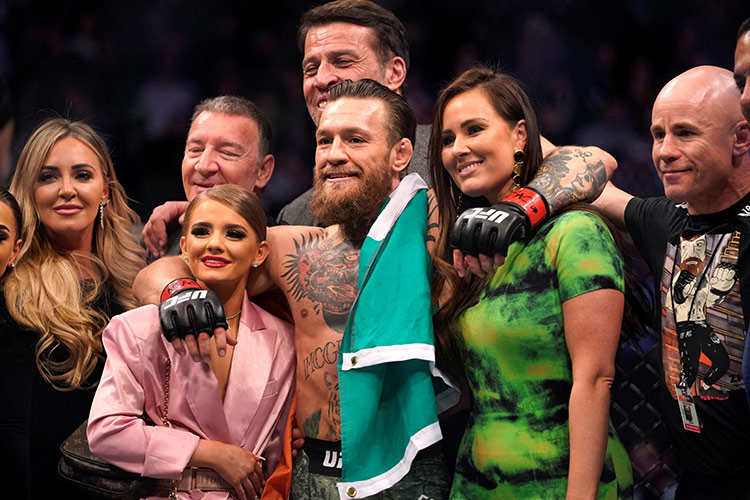 He pleaded guilty to hitting a man in a bar in Ireland and was accused of smashing a fan's phone in Florida.

The New York Times reported he is the subject of two alleged sexual assault investigations in Ireland.

Nevertheless, he remains the most popular fighter in UFC history, and his return brought out stars including British heavyweight Tyson Fury and New England Patriots superstar quarterback Tom Brady for the sold-out show. 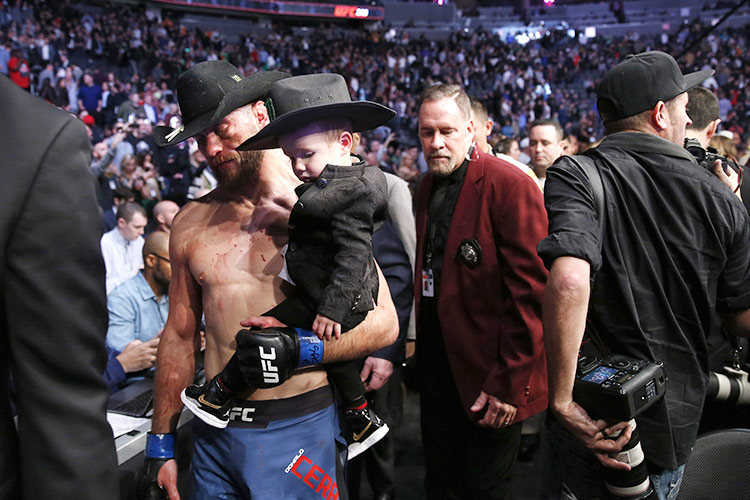 Donald Cerrone leaves the arena with his son Dacson. AFP

In Cerrone, McGregor faced an experienced veteran whose 36 wins included the most knockouts (20) in UFC.

Although there was no title at stake, McGregor said the outcome was a harbinger of things to come.

"I like this (welterweight) division," he said. "I feel really good. I came out of here unscathed. I've got work to do to get back to where I was."