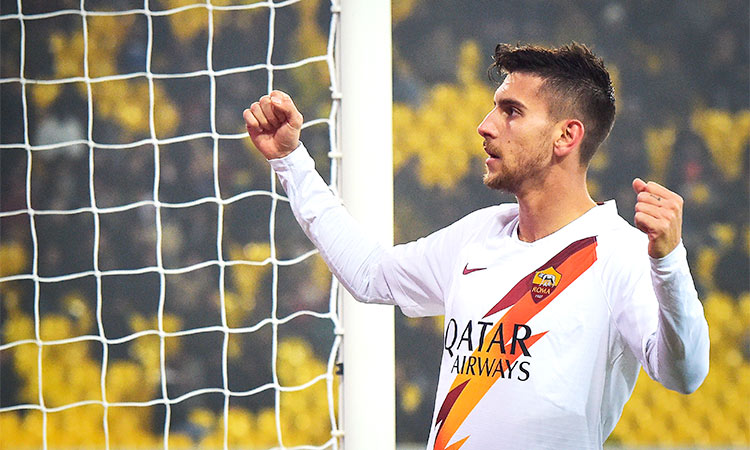 Roma’s Lorenzo Pellegrini celebrates after scoring against Parma during their Italian Cup match at the Tardini Stadium in Parma on Thursday. Associated Press

Italy midfielder Lorenzo Pellegrini scored both goals to send Roma into the Italian Cup quarter-finals with a 2-0 win over Parma on Thursday. In a match between fifth-placed Roma and Parma, in seventh, the side from the capital prevailed to return to winning ways in the Ennio Tardini Stadium after back-to-back league defeats.

Pellegrini, 23, struck the first just after the break and added the second from the penalty spot on 76 minutes after an Antonino Barilla handball in the penalty area.

Roma next play Juventus in the quarter-finals at the Allianz Stadium after the record 14-time Cup winners brushed aside Udinese 4-0 on Wednesday.

Roma are second only to Juventus in the number of Cup trophies with nine, most recently in 2008.

Holders Lazio made short work of Serie B side Cremonese in their 4-0 victory in Rome on Tuesday with last year’s finalists Atalanta falling 2-1 to 10-man Fiorentina.