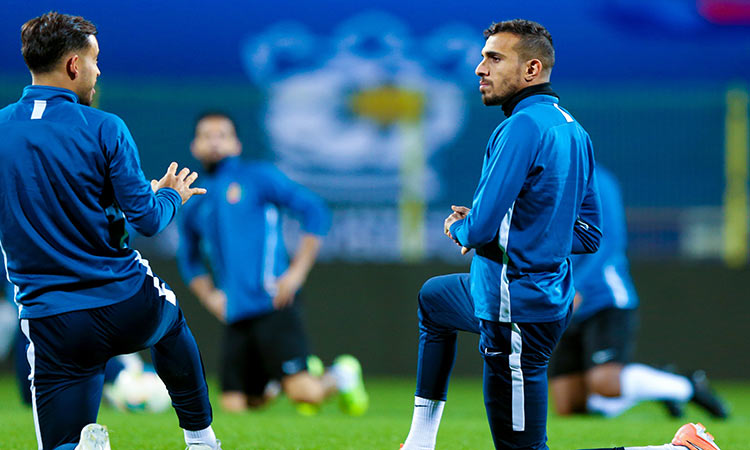 Defending champions Shabab Al Ahli will look to retain the Arabian Gulf Cup (AGC) title and maintain their stranglehold on the tournament by winning it for a record fifth time with a victory over Al Nasr in the final on Friday.

Shabab Al Ahli are the most decorated club to have won the competition, lifting the trophy on four previous occasions in 2011-12, 2013-14, 2016-17 and 2018-19. This quartet of victories entitled them to permanently keep the trophy last season.

Shabab Al Ahli coach Rodolfo Arruabarrena predicted a tough final but vowed to give their best to retain the title.

He said: “We are playing an important match against Al Nasr and the opponents are equally ambitious to win. It is one of the best clubs in the UAE and I asked the players not to get carried away with that. It is going to be a tough match. We hope to put up a good fight.”

“We have played against Al Nasr many times before and both the teams know each other very well. It is like an open book and there are no secrets. We will try to keep our focus on the match despite the pressure. He added: “Such matches are equally important for both the teams and often decided by the small details. Our goal is to retain the Arabian Gulf Cup. And the players are upbeat to achieve that. We will field the best possible 11 as we realise the importance of playing in a final.”

He said: “We have a final match, and it is completely different from any previous game we played. This type of match requires special work and great preparation because of its importance, so we made a great effort and did a great job over the past week.”

He also informed how he prepared the young players mentally for the big match.

“We have young players who have never participated in any final match before, so we tried to ease the pressure on them during the training that preceded the match, so they enter the game with great focus and give their best to win the match and the title,” Kronislav added.

Commenting on the team composition and availability of the players, Kronslav said: “We will go into the match tomorrow with a complete list of players except Mahmoud Khamis and Mubarak Saeed as they are on national duty with the Olympic team.

“And certainly the absence of Khamis will be a big blow as he is one of the main pillars of the team. He provided a high level of performance to the team. But the team has found a way out of this situation and decided to bring in Hussein Saleh, who was physically ready, thanks to his recent game against Al Wahda,” he added.

He also said the players are relaxed and confident of winning the game.

“The atmosphere in the team is positive and exemplary. We respect Shabab Al Ahli team and their coach very much, but we are a big team, who have a wonderful group of players, and we have the ability to compete with any team in the UAE without any problem,” said Kroneslav.

“I have participated in final matches before and I am very optimistic about tomorrow’s match. We are at an important game. We will play attacking football from the beginning, because our goal is to win the championship, and this is what we will fight to achieve,” Kronslav added.

Kroneslav concluded his speech by saying: “There weren’t a large number of fans present at recent matches, but I know there are a lot of Al Nasr fans. I would like to tell them that we have great players who deserve your strong presence and support in the final to win the title.”

Globe Lima, Al Nasr player, who was also present at the press conference, said: “As the coach mentioned, we had an important week during which we worked on preparing strongly for the final, and we will strive to put up a strong performance like we did against Al Ain, in order to win the final and achieve the title.

He added: “We always want to continue playing with our captain Alvaro Negredo, because he has great experience and we seek to take advantage of that at all times, and of course he is a great player and helps us a lot.

Lima concluded by saying: “I feel happy to reach the final match with victory after the great performance that we put up throughout the tournament, and I promise the fans we will try our best to win the title.”

Majed al Nasser of Shabab Al Ahli said: “We all know each other very well and I do not expect an easy match. The tournament began with the great enthusiasm the two big teams maintained the momentum and reached the final.” 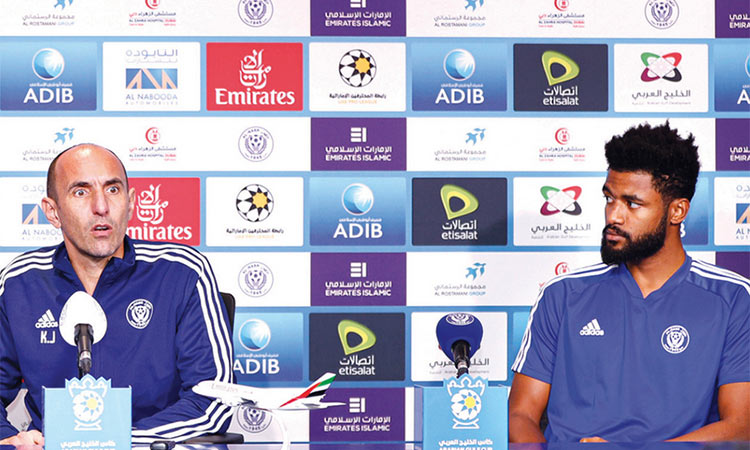 The battle for the quarter-finals in the Arabian Gulf Cup (AGC) has already heated up as the competition enters fifth round on Friday. Three matches will played on Friday and four on Saturday.