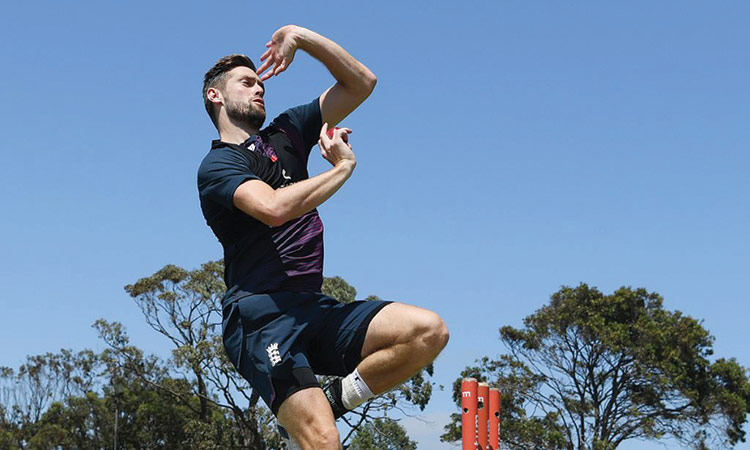 England captain Joe Root says fast bowlers Jofra Archer and Mark Wood must still prove their fitness to be included in the side to play South Africa in the third Test at St George’s Park that starts on Thursday.

England are seeking a replacement for James Anderson, whose tour has ended after he picked up a rib injury in the 189-run second Test victory in Cape Town.

Archer missed that game with an elbow problem and Wood has had a number of fitness issues in the past, meaning neither might get the nod.

“No decision has been made,” Root told reporters. “It is important to use today’s training session to get a real clear understanding of where everybody is at and as this tour has proven, make sure that we are all ready to go when we turn up to play.”

Root suggested a fully fit Archer would play, but whether his elbow will hold up over five days, allowing him to bowl at his full intensity, is the big question.

“With Jofra, he is 24-years-old, right at the start of his Test career and has a huge amount of ability. It is clear to see what he is capable of doing,” Root said.

“But managing workloads is a very important part of it as well. He has played a huge amount of cricket since he has come into the international arena and we have seen a little bit of push-back from his body with that elbow injury.

“If he is fit and raring to go you want him in your side. But you want to make sure that he is able to deliver all of his skills and not just seam it around and swing it, but do it all at 90 miles an hour.”

Wood’s chequered past with injuries means the selectors are cautious over him as well, and Root suggested that he, like Archer, must be able to bowl at full pace to get into the line-up.

“The reason we have been quite cautious in terms of rushing him back is that (injury) history and knowing that his value in the team is being at 100 per cent,” the skipper added.

Meanwhile, South Africa could hand a debut to seamer Dane Paterson on Thursday, hoping that reverse-swing will be a factor at St George Park as they seek to get ahead in the series.

Paterson, 30, has previously played limited overs internationals for South Africa and captain Faf Du Plessis hinted he could be in line for a Test debut, though he stressed no decision had been made yet.

“We are considering the possibility of looking at someone like Dane Paterson,” Du Plessis told reporters. “But we have not decided that yet. Obviously for who would be the big question we need to answer. That we will decide this afternoon, if he does come in.

“It’s about the nature of the ground, conditions here and style of bowling that can work at St George’s. But if you do that (play Paterson) you are going in with one less batter or no spinner.

“And there is merit for having both. You need a spinner at St George’s and you also need a long batting line-up, so it is not an easy decision. It is something that we are talking about as an option on the table.”

The wicket in Port Elizabeth has produced reverse-swing in recent tests, and Paterson would be a player who can help South Africa extract that advantage out of the pitch.

“Reverse swing generally plays a role here, you need a wind, dry hot air blowing to get the ball dry. If there is something that can scuff up the ball then that might speed it up,” Du Plessis added.

“What do we need to get 20 wickets? If we feel what we have is enough (in the current bowling line-up), then that settles the argument.