Bencic, Kerber move ahead as de Minaur pulls out of Adelaide event - GulfToday 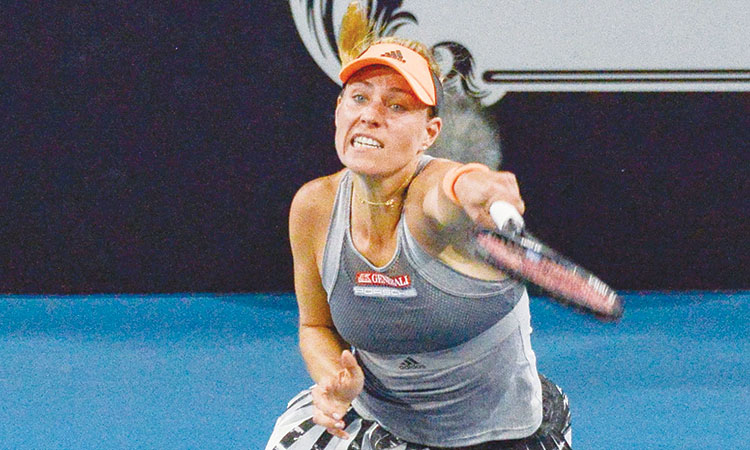 Angelique Kerber serves against Wang Qiang during their first round match at the Adelaide International tennis tournament on Monday. Agence France-Presse

World number seven Belinda Bencic won her first match of the season Monday, but there was agony for Alex de Minaur as the men’s top seed pulled out of the Adelaide International In Australia.

The Swiss 22-year-old, a wildcard entry who lost her opening match of the year last week in Shenzhen, beat good friend Daria Kasatkina of Russia 6-4, 6-4.

Kerber, a former number one who took a long three-month off season, won the tournament in 2018 when it was played in Sydney, defeating Ashleigh Barty in the final..

“In the first set I was playing well, but the second was really tight,” the 18th-ranked Kerber said.

“This is my first win of the year, I’m happy about that. I hope I can play like today in the next rounds.

“I want to win a few more matches before going to Melbourne,” the 2016 Australian Open champion added.

Bencic, who lost her last two matches against the qualifier, overcame hot conditions at Memorial Drive as she makes final preparations for next week’s Australian Open.

She survived a first set against Kasatkina featuring five breaks of serve and secured her second-round place with a break in the final game of the second.

“It was very difficult, but I like the heat and I’m happy to be here for the first time,” said Bencic, who soared up the rankings last year and won two titles, in Moscow and Dubai, on her way to a career-best 49 main-draw match wins.

“Her game is really tough, it doesn’t match up with mine. I had to work hard.”

Russia’s Anastasia Pavlyuchenkova, American Danielle Collins and Croat Donna Vekic were among other women to clear the first hurdle.

A devastated de Minaur withdrew due to an abdominal injury, casting doubt over his fitness for the first major of the season.

He was the second seed to pull out of the ATP-WTA event after Novak Djokovic opted to head instead to Melbourne to prepare for his title defence at the opening Grand Slam of the year after leading Serbia to the ATP Cup title in Sydney.

“It’s devastating. Adelaide has been part of my schedule for a long time,” said de Minaur, who had an intense week leading Australia at the ATP Cup teams event.

De Minaur did not mention the Open, which starts on January 20, but gave every indication that he was facing a race to be ready.

Meanwhile, defending champion Tennys Sandgren cruised through to the second round of the ATP Auckland Classic on Monday, but there will be no repeat of last year’s final after Cameron Norrie made an early exit.

It put him through to a second round match-up with fellow American and tournament fourth seed John Isner, who arrived in New Zealand after a disappointing week at the ATP Cup in Perth where he lost all three matches to Casper Ruud, Daniil Medvedev and Fabio Fognini.

Norrie, ranked 16 places ahead of Sandgren at 52, stayed with qualifier Thiago Monterio until the tie-break in the first set before he started to run out of steam with the Brazilian winning 7-6 (7/3), 6-2.

Tournament fifth seed Benoit Paire did not fail to entertain as he beat last year’s ATP newcomer of the year, Jannik Sinner of Italy.

The unpredictable Frenchman produced two code violations, a point deduction and an impressive shot between the legs along with 11 aces on his way to overcoming Sinner 6-4, 2-6, 6-4.

While pleased with the win, Paire said he had no doubt the 18-year-old Sinner, currently ranked number 78, was destined for the top. 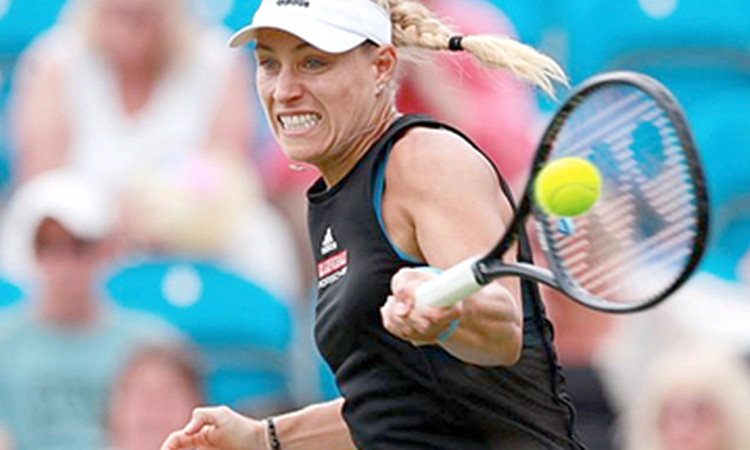 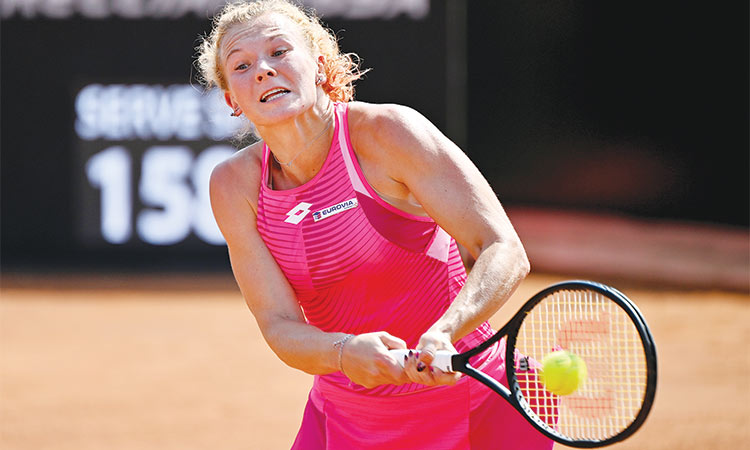