Klopp cares only for titles, not records as Reds extend win run - GulfToday 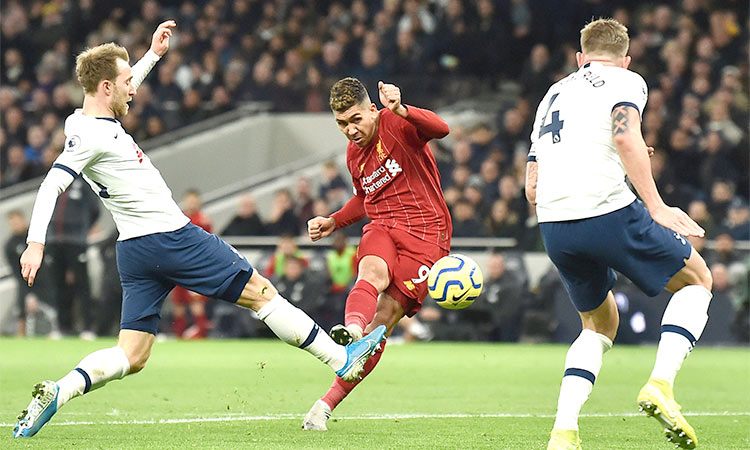 Klopp’s men have earned 61 points from a possible 63 in 21 games to streak 16 points clear at the top and with a game in hand to spare over second-placed Leicester.

There is now a 31-point gap between the sides that contested last season’s Champions League final as Spurs remain in eighth, nine points adrift of even the top four.

However, the European champions were made to sweat by the side they beat in Madrid last June as Son Heung-min and Giovani Lo Celso missed the target with the goal gaping in the final 15 minutes.

“The problem is you don’t get anything for best starts apart from numbers,” said Klopp. “If people say in 50 years... it was the best start, cool, but the only thing we are interested in is what we can get in the summer.

“That is not done yet because this league is so strong, because we face so many strong opponents.

“The moment when we have enough points that nobody can catch us anymore, then we start talking about it. Until then I couldn’t be less interested.” Lo Celso’s miss left Jose Mourinho on his knees in anguish and the honeymoon period for the Tottenham manager is already over after just two wins in their last eight games in all competitions.

The Portuguese’s game plan to cede possession to Liverpool before the break backfired, but he still believed his side deserved at least a point for their onslaught in the final quarter.

“Liverpool have worked with this coach for five years. The players are totally adapted physically to the football he wants to play,” said Mourinho.

“If we try to play the way we did in the last 20 minutes from the start, I think we would collapse because the players are not used to this style.

“We knew that (Erik) Lamela, Giovani, in the last 25-30 minutes they could turn the game. I think we deserve more.” - Mourinho springs surprise - Mourinho sprang a huge surprise with his team selection as Japhet Tanganga was handed his Premier League debut in defence.

The 20-year-old was forced into action straight away as he blocked Firmino’s goalbound effort before Alex Oxlade-Chamberlain struck the post inside four minutes.

Spurs will be without Harry Kane for most of the remainder of the season after the England captain underwent surgery on a torn hamstring.

Mourinho responded to Kane’s absence by utilising Lucas Moura and Dele Alli in attack as he sat back and hoped to catch the European champions on the break.

However, it was largely one-way traffic before half-time as Liverpool controlled the game and waited patiently for Spurs’ fragile defence to break.

Tottenham have kept just one clean sheet in 13 games since Mourinho took charge and their luck ran out eight minutes before half-time as Tanganga’s inexperience showed as he tried to intercept Mohamed Salah’s pass into Firmino and the Brazilian fired into the far corner.

Mourinho’s men showed more ambition in the second period and should have reaped some reward.

Firstly Son had a huge chance to level when played in by Lucas, but the South Korean uncharacteristically blasted over the bar.

The visitors were let off the hook again seven minutes from time when Lo Celso was perfectly picked out by Aurier’s cross and seemed to do everything right as he slid in to connect, only to see the ball fly wide and Mourinho fall to the floor in despair. 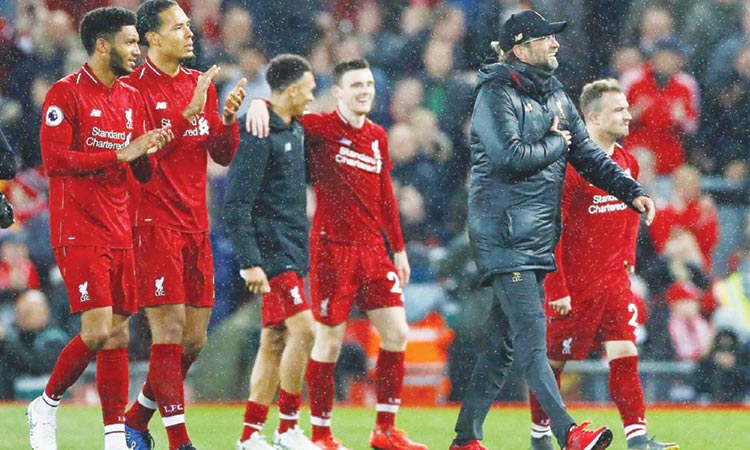 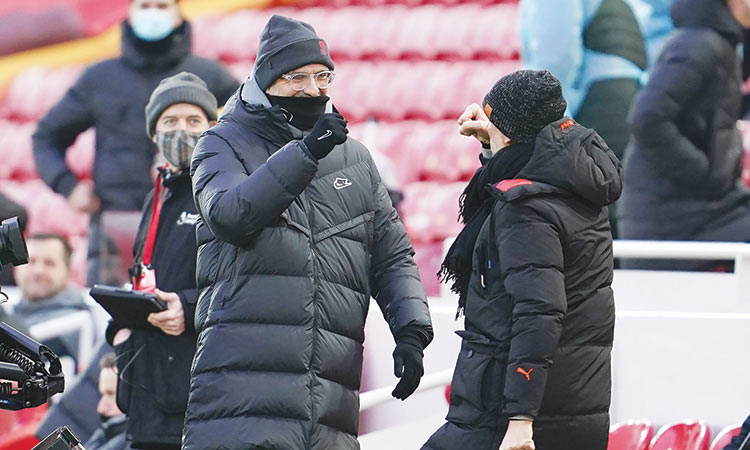 Pep Guardiola said Manchester City’s stunning 4-1 win at Liverpool was a ‘huge’ moment for the Premier League leaders as they put a massive dent in the champions’ bid to retain the title. Guardiola’s side are 10 points clear of fourth-placed Liverpool