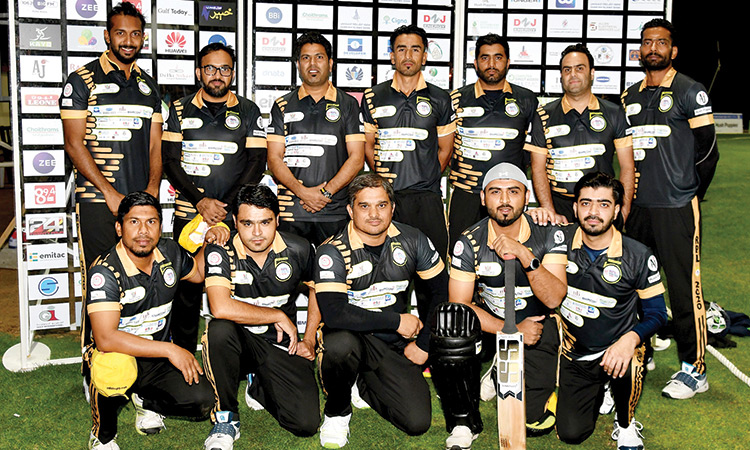 Hamriyah Free Zone Authority won the toss and elected to bat first. Bharath Muraleedharan (55), Mohammed Rizwan Sabir CH (33) and Sudheesh Sudhi (19) were their top scorers as Hamriya were all out for 160 in 18.5 overs.

Sharjah Electricity and Water Authority (Sewa) posted huge 78 run victory over Du. Batting first after winning the toss, Sewa posted 206 for the loss of six wickets from the allotted 20 overs. They built their innings around Babar Ghazanfar (42) and H Nabbi (46).

Muhammed Waseem (32) and Jerry Jacob were also among the runs.

Later, Sayed Tousif claimed four wickets from his spell of 3.3 overs as Du were all out for 128 runs. Sewa’s Nabeel Pulicharchi was named as man of the match.

Pulicharchi provided the breakthrough to Sewa by removing the Du openers who shared a 58-run stand.

In other matches, Emirates NBD thrashed Dubai Customs by 108 runs while Allen Electrical Services thumped DNJ B by 155 runs.

Emirates NBD scored 238 for the loss of four wickets and later bowled out Dubai Customs for 130. Hammad Ahmad Khan (62) was the top scorer for Emirates NBD.