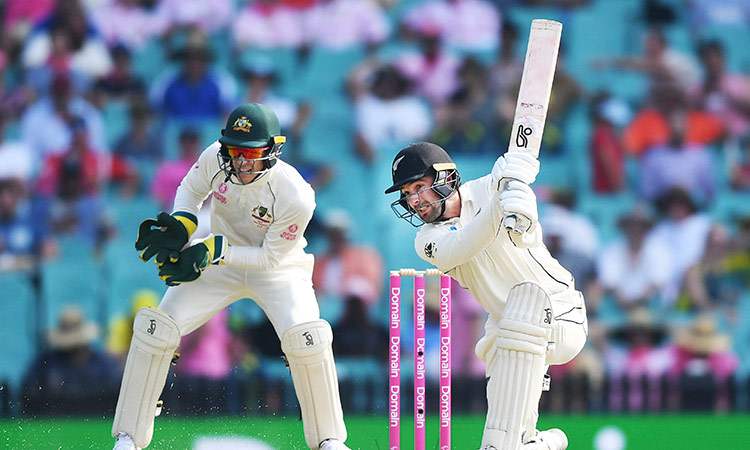 New Zealand made a secure start after a Marnus Labuschagne double century lifted Australia to a massive 454 first innings total in the third Test on Saturday.

The rock-solid number three reached his highest Test score of 215 in Sydney with the Australians dismissed just before tea on the second day. 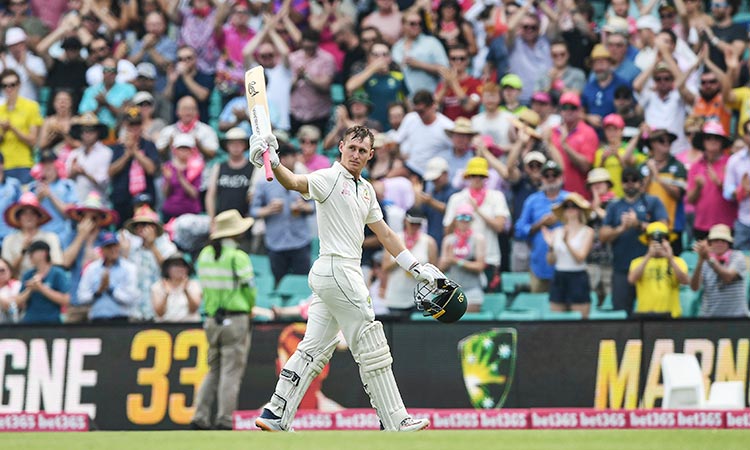 Australia's Marnus Labuschagne thanks the fans as he heads back to the dressing room on day two of the third cricket Test match against New Zealand at the Sydney Cricket Ground in Sydney, Australia, on Saturday. Andrew Cornaga/AP

There were a couple of close calls -- notably a leg before wicket appeal off Nathan Lyon and a possible edge off Pat Cummins -- but the Kiwis showed plenty of fight after enduring five tough sessions in the field in sapping heat.

The day belonged to Labuschagne, who sweated on 199 for 20 minutes before he thick edged Colin de Grandhomme through the vacant slips to the ropes to bring up his double ton.

The milestone came off 363 balls with 19 fours and a six and eclipsed his previous Test record of 185 against Pakistan in Brisbane last November. 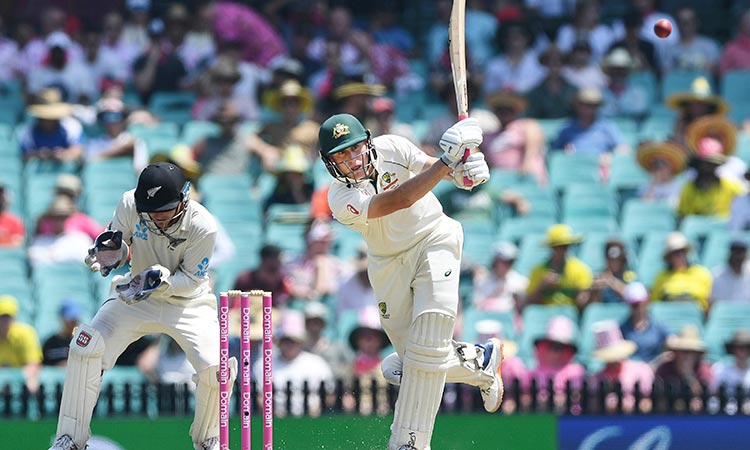 "The wicket looks like it's going to go a little up and down and spin a bit but we stuck to our guns there and hopefully the rewards will come tomorrow.

"It's always a privilege to play for Australia and it was nice to get some runs today and when you're batting well it's nice if you can make them count."

Labuschagne's prodigious form has notched him a total of 837 runs since November and he has now leapfrogged the great Neil Harvey (834) for most runs scored by an Australian during a five-Test summer.

The Kiwis finally dispatched him after he was caught and bowled by leg-spinner Todd Astle.

Skipper Tim Paine supported Labuschagne to reach his double century before he was bowled between his bat and pad by de Grandhomme for 35.

Paine faced 92 balls and shared in a 79-run stand with Labuschagne to take Australia beyond 400.