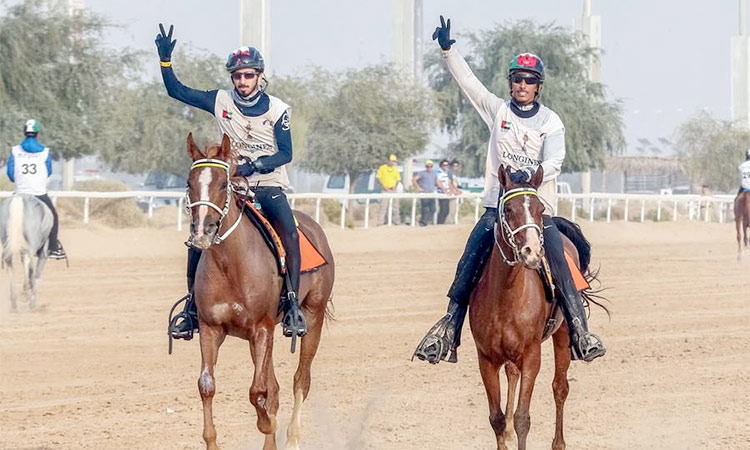 The four-day His Highness Sheikh Mohammed Bin Rashid Al Maktoum Endurance Cup Festival of endurance riding, the centrepiece of the UAE Endurance Calendar, is being held between Dec.27, 2019 and Jan. 4, 2020.

Topping the programme is the prestigious Sheikh Mohammed Endurance Cup, which draws participation from the world’s very best endurance riders as they celebrate the sport’s most eminent supporter, His Highness Sheikh Mohammed Bin Rashid Al Maktoum, Vice President, Prime Minister of the UAE and Ruler of Dubai.

The Endurance Cup festival now has international editions held across Europe and the United Kingdom, and the main ride held over 160km will be held at the Dubai International Endurance City (DIEC).

The event is an annual tribute to the profound impact Sheikh Mohammed has had on the sport of endurance riding and global equestrian sport, in general.

A world standard for international venues for endurance riding the purpose-built Dubai International Endurance City (DIEC) will host this prestigious four-day event, supported by an international team of veterinary officials.

The most recent running was won by UAE’s Abdulla Ghanim Al Marri (third title) aboard Lockelea Starwood Comet, staving off the challenge from an impressive 345 competitors from a record 46 countries.

Walter von Känel, President of Longines, said: “As the Official Partner, Official Timekeeper and Official Watch of Meydan, we are very proud to take part again this year in Sheikh Mohammed Bin Rashid Al Maktoum Endurance Cup. This race is considered as one of the highlights of the UAE endurance season. Today, in line with its long-lasting passion for equestrian sports, Longines is involved in most of its disciplines worldwide, including show jumping, dressage, endurance, driving, eventing and flat racing.”

Farhad Azizi, CEO of Azizi Developments, commented: “As a long-standing pillar partner of Meydan and avid supporter of the equestrian sport, we are pleased to sponsor the Sheikh Mohammed Endurance Festival, the esteemed high point among the UAE’s endurance events, for the 3rd consecutive year.

“This collaboration serves as an ideal platform for us to bring communities together, united by a discipline that is thrilling, mesmerising and a true passion for many. We are delighted to once again be a part of this festival – a prestigious and internationally acclaimed gathering that underlines the UAE’s proficiency, ardour and superintendence in the realm of equestrianism.” Al Tayer Motors and Land Rover are the exclusive sponsors of the annual Gamilati Cup for Mares, which provides a superb opportunity for the sport’s leading international and regional riders to compete in a beautiful setting.

“The 2019 staging marks our ninth association with this prestigious event and as one of the UAE’s leading automobile dealerships we are pleased to continue our support to this unique race,” said Ashok Khanna, Chief Executive Officer, Al Tayer Motors.

Mohammed Essa Al Adhab, General Manager of Dubai Equestrian Club, explained the evolution of the competition: “This Festival has extended from a single significant race to a very successful and highly regarded four-day competition, in response to the vision and guidance of our leader, Sheikh Mohammed, and his deep commitment to the sport as a patron and a competitor.