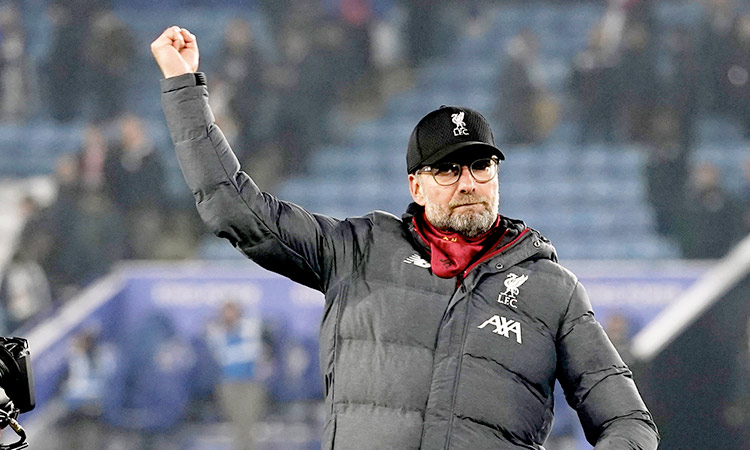 Liverpool manager Juergen Klopp is likely to give a debut to new signing Minamino against Everton in Sunday’s FA Cup match. Reuters

When Carlo Ancelotti took over at Everton last month, the Italian already had an eye on Sunday’s FA Cup third round Merseyside derby against runaway Premier League leaders Liverpool.

Ancelotti, at his previous club Napoli, managed to do what no other manager in England has achieved this season — beat Juergen Klopp’s side.

Liverpool lost 2-0 in Naples in the Champions League in September and followed that up with a 1-1 draw in the return game at Anfield — the only time the Reds have not won at home this season.

The only other defeat for Liverpool this season came in the EFL Cup when the club were forced to play a youth team against Aston Villa due to their first team being on duty at the Club World Cup in Qatar.

“The Evertonians know my record against Liverpool, they will be happy with this,” Ancelotti said when he was unveiled as manager.

“It’s a big rivalry here and a big motivation for us. I have a really good relationship with Juergen Klopp. It is always exciting playing against them.

“Of course, I have beat them but they are not used to losing. It was a good day for me. I know how much Evertonians want to beat Liverpool.

“It’s not mission impossible, nothing is impossible in football,” he added.

Everton have responded well to the arrival of Ancelotti, who replaced the sacked Marco Silva, enjoying wins in the Premier League over Burnley and Newcastle United before Wednesday’s loss at Manchester City.

Liverpool could feature their new Japanese forward Takumi Minamino, signed from Salzburg and who impressed so much against Klopp’s team in the Champions League, where he also came up against Ancelotti’s Napoli.

The derby is the standout game of the third round which traditionally provides plenty of upsets with top-flight teams pitted against lower league opposition.

Coming after a hectic spell of festive games, many managers will be tempted to rotate their squads and give chances to fringe players, which could offer the chance for surprise outcomes.

Among the ties which feature Premier League sides against those from down the English football pyramid, Steve Bruce’s Newcastle travel to third-tier (League One) Rochdale on Saturday.

Minamino has arrived in a £7.25 million transfer from Red Bull Salzburg and had his first training session with his new Liverpool team-mates on Tuesday.

He is not eligible to feature in Liverpool’s Premier League match at home to Sheffield United on Thursday because of registration regulations.

But Klopp hinted Minamino is set to be involved when Everton make the short trip across Stanley Park to face the Premier League leaders in FA Cup third round action.