Forever a fighter, Boucher says lot of work remains to be done - GulfToday

Forever a fighter, Boucher says lot of work remains to be done 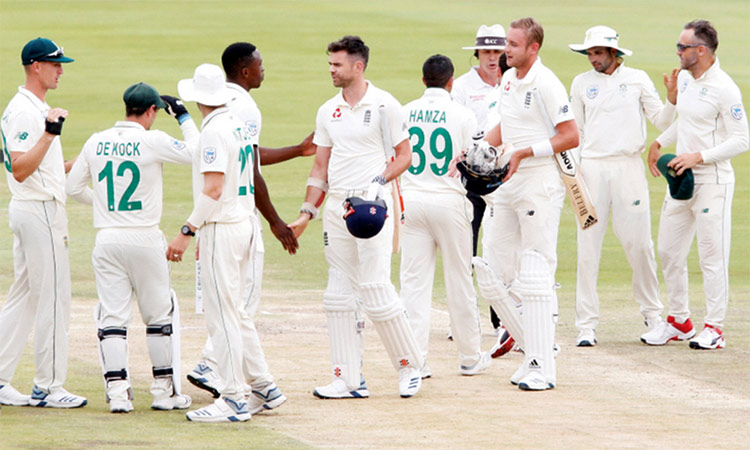 South Africa’s players celebrate after winning their Test match against England that was played in Centurion. Reuters

During a playing career of 147 Test matches, Mark Boucher had a reputation as a fighter, always prepared to take on a challenge.

It’s a character trait which looks likely to continue in his new career as South Africa’s head coach.

It was a “great feeling” to be in a winning Proteas dressing room after the first Test against England on Sunday, seven years after his playing career ended prematurely with a freak eye injury ahead of a Test series in England in 2012.

“Just watching the guys walk in, there were a couple with lumps in their throats. It means a lot for them to win a game of Test cricket,” he said. But it was only a beginning.

“There’s still a lot of work to be done for the rest of the series.”

Boucher gave two indicators of his coaching philosophy when he discussed wicketkeeper-batsman Quinton de Kock and fast bowler Kagiso Rabada, in both cases stressing a preference for taking the fight to the opposition.

De Kock’s first innings of 95 turned the match in South Africa’s favour. In the second innings he hit three sixes off England’s fast bowling hope Jofra Archer in a brief but spectacular statement of intent. Rabada took seven wickets in the match despite seeming to struggle for rhythm and consistency.

Boucher approved of De Kock’s seemingly cavalier batting style. “I’m all for counter-punches on the type of wicket we had. If you just hang around there to try and bide your time you are probably going to get a good one that gets you out. The English bowled really well in the first innings until Quinny came along. (Then) they maybe changed their lines and lengths, which was good for us because of the pressure we put on them.”

Of the second innings assault, Boucher said: “You can have one Quinny in your side, you probably can’t have eleven. You don’t want to hold a guy like him back because he can take the game away from the opposition very, very quickly.” Boucher’s attitude towards Rabada was similarly straightforward. “It’s just about getting him into the game. Sometimes as individuals you feel like you’re under a bit of pressure and you start worrying about your action and where you are putting the ball,” he said.

“Sometimes you have to forget about your technique and get into a bit of a fight out there. The goal was to try to get him into the game and let his natural instinct take over.”

Dealing with practical player issues is just one part of Boucher’s job. He will soon have to deal with a uniquely South African problem - that of the racial composition of the team.

There were seven white players in the eleven at Centurion, while Rabada was the only black African. Although Cricket South Africa’s board is effectively dysfunctional following the upheavals which resulted in Graeme Smith being made interim director of cricket and Boucher head coach, official policy remains that over a season there should be an average of six players of colour, including at least two black Africans, in the national team.

Meeting the targets has been complicated by injuries to batsman Temba Bavuma and fast bowler Lungi Ngidi, with the latter ruled out of the series.

Bavuma missed Centurion because of a hip injury and the discussion about bringing him back into the side may be deferred until after the second Test, starting in Cape Town on Friday, because Boucher said the player was still feeling pain.

“If I look at our middle order now it would be very tough for us to leave Rassie (van der Dussen) out. He played a very important knock in this Test match,” said Boucher, who added that the coaching staff would “continue to work with Temba in a very specific way to try to get Temba to be the best player he can be.”

Boucher said he understood the need for racial transformation - but indicated an emphasis on bringing players up to the required standard rather than simply meeting numerical targets.

“We understand that we need to do a lot of hard work on a lot of players,” he said. 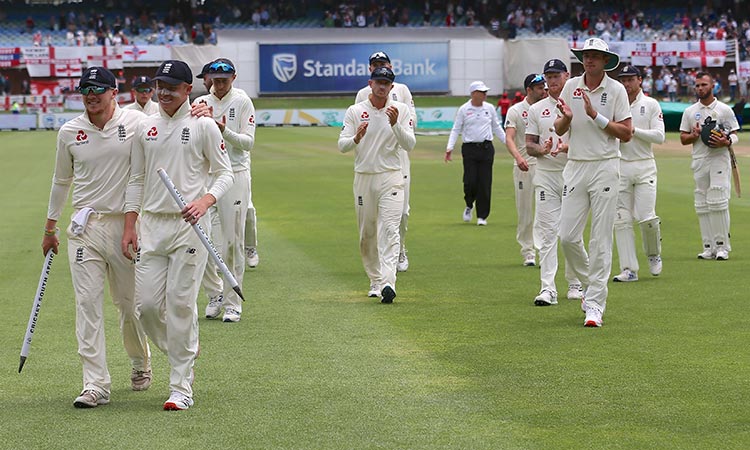