VIDEO: Khabib’s video of Ronaldo playing football with a boy born with no legs goes viral 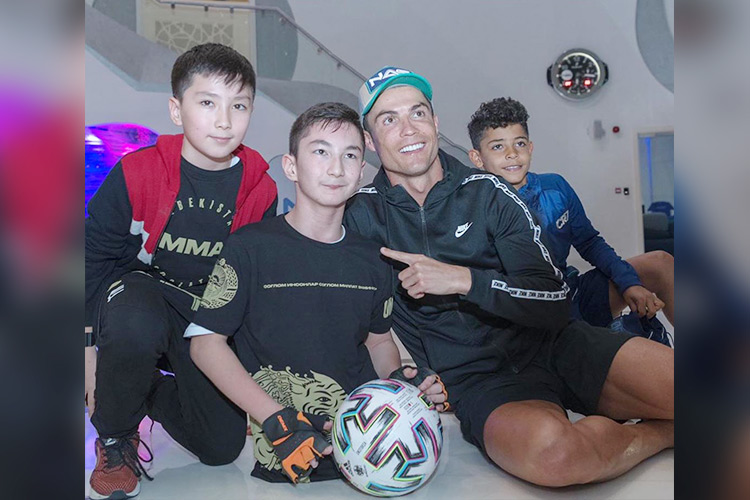 Cristiano Ronaldo poses for a photo with Ali Amir and others.

Ali Amir is a boy born with no legs, but has great fascination for the game of football.

“That’s why you the best in the world. Thank you so much Cristiano. You make my brother Ali Amir happy,” Khabib wrote for the great footballer.

Cristiano Ronaldo, who is in Dubai these days, has earlier said in an interview that he wants to try his skills in acting once he is done playing football.

"One of the things that I seek to challenge myself in, for example, is acting in a movie," the Portugal captain was quoted as saying by ESPNFC at Dubai International Sports Conference on Saturday night.

Ronaldo, who plays for Italian champions Juventus, said he sees himself playing in the near future. He added that he wants to "continue my studies after retiring from football." Ronaldo has won four of his five Ballon d'Or awards and three Champions League titles while with Real Madrid before joining Juventus in the summer of 2018.

He bagged his first Champions League trophy with Manchester United before his move to Spain.