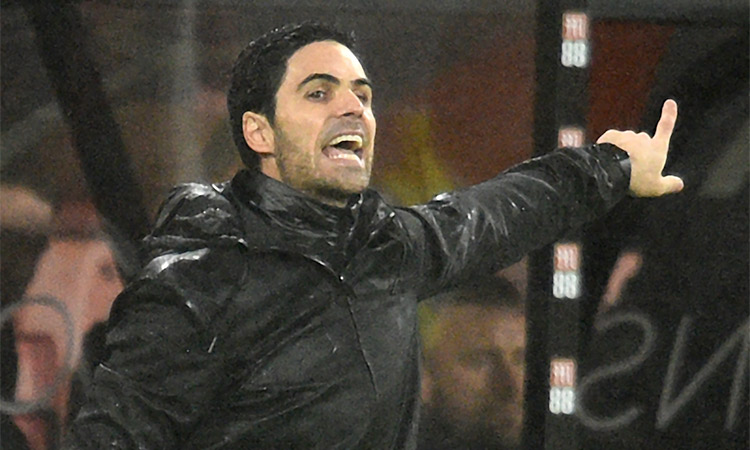 Ozil has become a polarising figure at Arsenal after several seasons of lacklustre performances from the German playmaker.

He was a peripheral figure under former Gunners boss Unai Emery and looked destined to leave the club in January.

The 31-year-old was left out for Freddie Ljungberg’s final game as interim manager against Everton after reacting angrily to being substituted in the 3-0 loss to Manchester City.

But Arteta restored Ozil to his starting line-up for his first match in charge as Arsenal salvaged a 1-1 draw at Bournemouth on Thursday.

Former City assistant coach Arteta, who was in the opposition dugout on December 15 when Ozil kicked his gloves having being replaced, has been encouraged by the mentality of the German World Cup winner since he took charge.

“To be fair his attitude in training since the day that I walked in the building has been incredible, and I’ve seen this,” Arteta said.

“I said I was going to give a clean slate to everybody and it was fair as well to give it to him.

“When we did the game preparation and we were watching the opponents, and where we could hurt them, we believed that he could be a key point. And we prepared the game like this, with him.

“He responded, he did what he had to do and we could have put two or three goals because of him in the net.”

Given his previous antics, it was notable that Ozil was substituted without protest 15 minutes from full-time at Bournemouth after Pierre-Emerick Aubameyang had cancelled out Dan Gosling’s opener.

Ozil later expressed support for the methods of his new manager, finishing a tweet with the words “Let’s trust the process”.

Now Arteta hopes his faith in Ozil is rewarded with a commanding display in the London derby against fourth placed Chelsea.

Arsenal are eight points behind Chelsea in the race to qualify for the Champions League via a top four finish.

A win against Frank Lampard’s side would breathe a little life into Arsenal’s fading bid to return to Europe’s elite club competition.