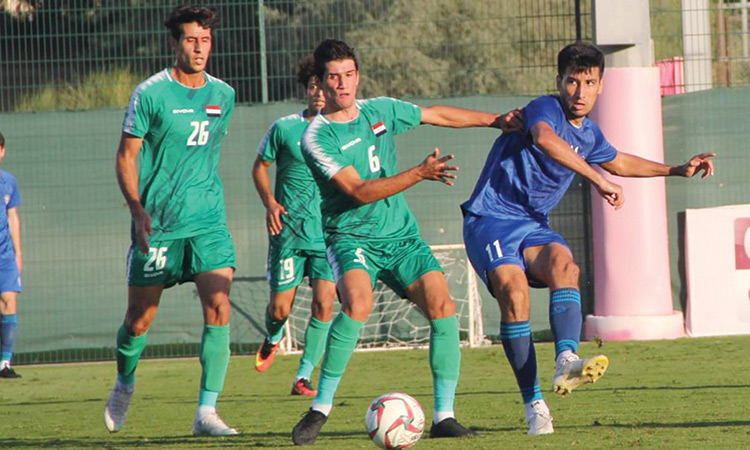 Uzbekistan and Iraq players in action during their pre-AFC U23 Championship friendly in Dubai on Wednesday.

Uzbekistan continued their encouraging pre-AFC U23 Championship form, earning a 3-1 win over Iraq in Dubai on Wednesday.

Uzbekistan’s win follows an earlier 4-2 victory over Iraq, as well as a 4-0 success against local club outfit Al Arabi, as the Central Asian side prepare to defend their Asian title in Thailand next month. Three of the game’s four goals came in a frantic period just prior to half-time, with Nasrullaev opening the scoring with a close-range header in the 41st minute before Mirakhmadov found space behind the defence to roll home a second goal three minutes later.

Sattar found the net after a goalmouth scramble to reduce the deficit to one in first-half stoppage time, but FC Pakhtakor full-back Alijonov sealed the win with three minutes remaining in the second half, cutting inside a defender before sliding the ball home from 12 yards to make it 3-1.

AFC U23 Champions in China in 2018, Uzbekistan’s Thailand 2020 campaign begins against Iran in Songkhla on Jan.9, a day after Iraq begin their tournament against Australia in Pathum Thani.

In addition to the Asian title, the 16 teams in the competition will be competing for a ticket to next year’s Tokyo 2020 Olympic football tournament, with the top three finishers to join hosts Japan among the qualifiers.

Meanwhile, Qatar’s U23 side played out a 2-2 draw against Turkmenistan in a friendly at Al Arabi Stadium in Doha on Wednesday.

Turkmenistan took a 2-1 lead going into the break before Qatar recovered with a late goal to earn the draw.

Turkmenistan had the better start with Altyn Asyr midfielder Begmyrat Bayov giving his side the lead in the 21st minute.

Qatar, who defeated Turkmenistan thanks to an Akram Afif double in their previous encounter during the 2018 AFC U23 Qualifiers two years ago, levelled the score in the closing stages of the game through Khalid Muneer Mazeed.

Qatar, who finished third in the last edition in China, are placed alongside 2016 champions Japan, Saudi Arabia and Syria in Group B of the AFC U23 Championship Thailand 2020.

Qatar will open their campaign against Syria on Jan.9 before facing Saudi Arabia three days later and Japan on Jan.15. 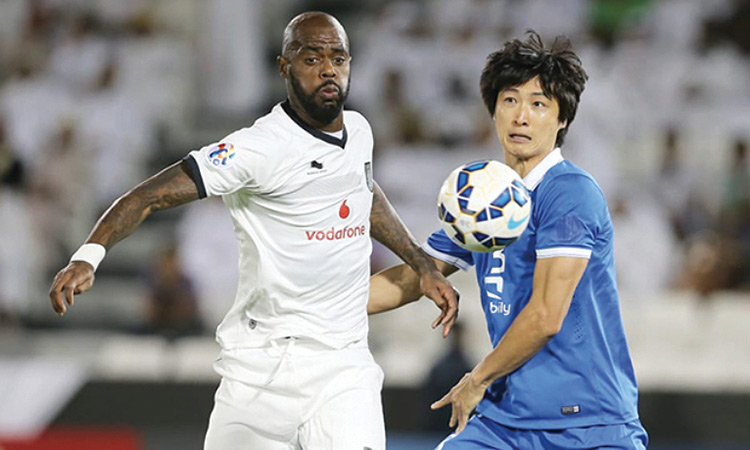 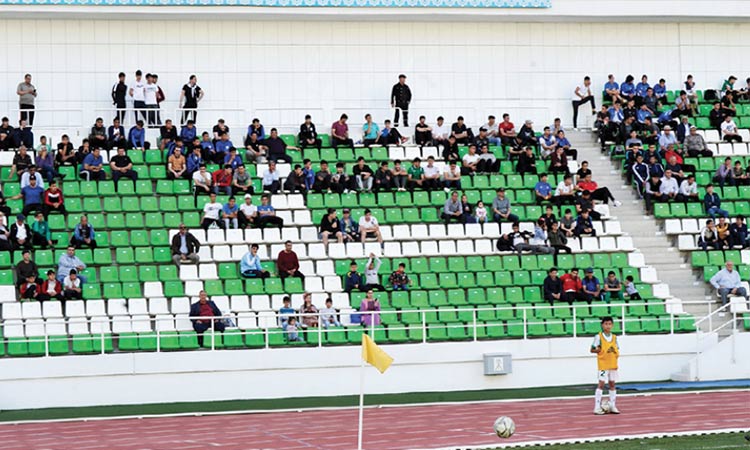 Turkmenistan is rebooting its football season on Sunday, with fans flocking back to stadiums in one of the few countries yet to declare a case of coronavirus.