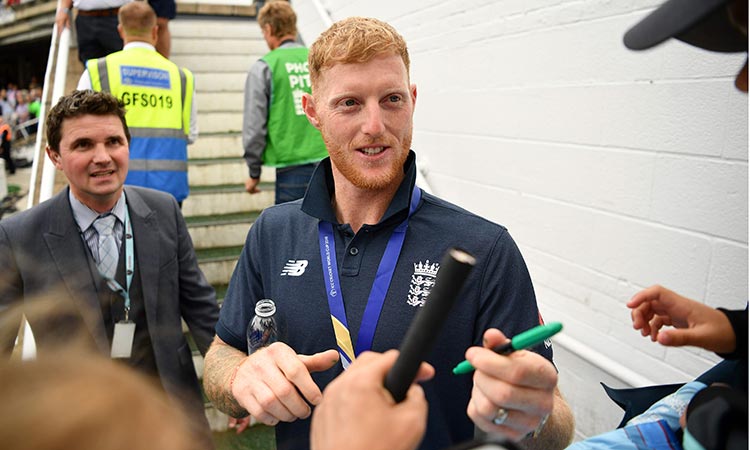 Ben Stokes returned to practice with England on Wednesday after the condition of his critically ill father improved, but three others missed out as illness continue to plague the tourists, 24 hours ahead of the first Test against South Africa at Centurion.

Stokes spent on Tuesday at the bedside of father Ged, who was hospitalised the day before due to a “serious illness”.

“He remains in intensive care, but has responded positively to treatment and is now in a stable condition,” the England and Wales Cricket Board (ECB) said in a statement.

“The Stokes family wishes to thank everyone for their support and in particular the medical practitioners in South Africa for their care of Ged.”

Christmas morning practice went ahead, however, without Jack Leach, Ollie Pope and Chris Woakes, who are battling the flu bug that has hampered the tourists since their arrival in South Africa 11 days ago.

But an ECB spokesman said none of the trio had been ruled out of the first test of the four-match series with South Africa, which starts in Centurion near Pretoria on Thursday.

But it will certainly delay England’s team selection for the opening Test.

The flu bug hit England particularly hard soon after their arrival with pacemen Jofra Archer and Stuart Broad missing the two warm-up games and now racing to be fit to play on Thursday.

Meanwhile, South Africa batsman Rassie van der Dussen will make his Test debut in the first match of the series against England starting on Thursday.

The 30-year-old Van der Dussen will bat at number five, captain Faf du Plessis said on Wednesday, in the place of Temba Bavuma who has been ruled out with a hip injury.

Van der Dussen is one of six uncapped players named in the squad chosen for the first two matches of the four-Test series against England.

He had played 18 one-day and nine Twenty20 internationals and was one of the few South Africans who impressed at this year’s World Cup in England.

“He was a mature cricketer when he started for us in ODIs and is someone who knows his game very well‚” Du Plessis said of Van der Dussen.

“He came into international cricket looking very comfortable and over the last season and a half has been very fruitful and scored a lot of runs in white ball cricket.

“He is calm and composed with the bat. You can just see it sometimes when someone is suited for international cricket and that’s been the case with him. I think he will be very much at home.”

Du Plessis said a decision on playing an extra bowler would be made on Thursday morning after assessing conditions at Centurion, Pretoria.

“We have asked for good wickets for this Test series that offer both something to the bowler and batsmen,” the South Africa captain added.

However, du Plessis said the only uncertainty in his team is with regard to the composition of the bowling attack and a call will be taken in the morning of the contest after his side has a look at the wicket.

South African cricket has been in upheaval after a turbulent year during which the Proteas lost a home Test series against Sri Lanka — the first team other than England and Australia to win in South Africa — before enduring a miserable cricket World Cup in England and Wales and being trounced 3-0 in their World Test Championship debut in India.

It has emerged that the World Cup campaign was undermined by interference from officials, while a long-running feud between cricket South Africa and the South African cricketers’ Association culminated in calls, as yet unheeded, for the board to resign and the suspension of chief executive Thabang Moroe.

Since then, former captain Graeme Smith has been made interim director of cricket and Mark Boucher was named head coach. Boucher quickly brought in Jacques Kallis, South Africa’s most-capped player, as batting consultant and a mood of optimism has emerged in the South African camp.