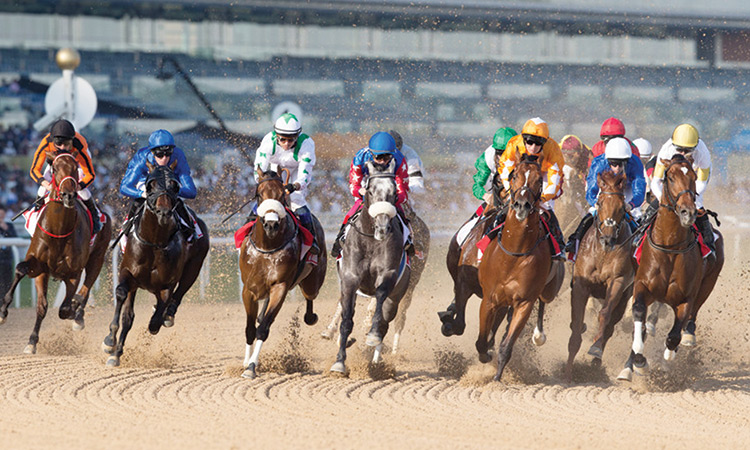 The Dubai World Cup Carnival is to explode into action from January.

Two of the higher-profile horses to come over for the Dubai World Cup Carnival have arrived safely and soundly, according to their new conditioner, Doug Watson.

“We started tack-walking them on Monday and after Christmas, we’ll take them out and jog them (at Red Stables),” Watson said.

“They looked great and seemed to have travelled really well. In about five more days, they’ll start their training, but they have been jogging a little around the quarantine.”

Liam’s Legend has made just two starts, but the 2-year-old son of Liam’s Map impressed new owner Khalid Bin Mishref enough for him to shell out $325,000 for the grey colt at Keeneland November Breeding Stock Sale.

Both were previously trained by one of the America’s ascending conditioners, Rodolphe Brisset.

Meanwhile, Legendary Lunch will look to fill that void in the meantime. The chestnut has been seen exercising over Meydan’s dirt track over the last two weeks, including a breeze under jockey Adrie de Vries on Tuesday morning.

The two-time Listed-winning son of Dragon Pulse has not raced since the last day of the UAE season in April, when finishing off the board in a dirt handicap.

“Legendary Lunch is getting close to a race,” Fawzi Nass said. Hopefully things will go well and he will run on the first day of the Carnival. If not, we’ll look at the second day (Jan. 9).”

The Dubai World Cup Carnival, worth $12.74 m in prize money across 10 race meetings, runs from January to March every year and is a season of high-class international race days contested by the most high-profile owners, trainers, horses and jockeys in the world. It runs alongside the domestic Racing at Meydan season.

The 2019 renewal saw horses from Australia, Denmark, France, Ireland, South Korea, Sweden, Turkey, UK and US ship in to win or place in its races.

Super Saturday allows trainers to put the finishing touches to their equine stars before appearing on racing’s biggest stage.

The $350,000 Dubai City of Gold (Group 2) over 2410m on turf, which has produced Dubai World Cup night winners the past two seasons, will receive a $50,000 increase in purse, which raises Super Saturday to $2.7 million in total prize money.