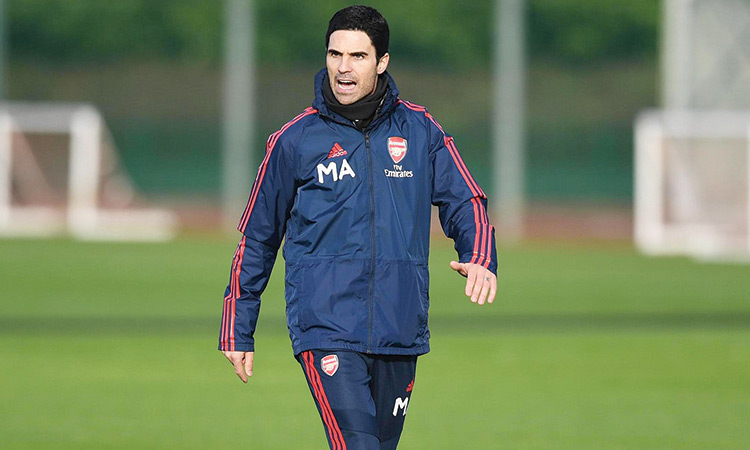 Former Arsenal boss Arsene Wenger had said before Mikel Arteta’s appointment that he had “no experience” as a manager and would need help.

Bournemouth boss Eddie Howe has played down the importance of managerial experience ahead of Thursday’s Premier League game against Arsenal, who will play their first match under newly appointed head coach Mikel Arteta.

Former Arsenal boss Arsene Wenger had said before Arteta’s appointment that he had “no experience” as a manager and would need help but Howe, who was named Bournemouth’s permanent manager at the age of 31 in 2009, begs to differ.

“It doesn’t mean anything,” Howe, 42, told reporters when asked about the advantage he had over Spaniard Arteta. “It’s not about me and Mikel, it’s about the players, how we implement what we do against Arsenal.”

Howe, who had a short stint at Burnley before returning to Bournemouth in 2012, has already managed more than 500 matches in his career.

“The experience side of it - as I found when I first came into the job when I was coming up against managers who had had all sorts of games - the game is there to win, regardless of how many games you’ve got behind you,” Howe said.

“He’s taking over a fantastic club with great players and he’ll have his own ideas and philosophies, built up over a number of years of how he wants his team to play.”

Bournemouth, who are 14th, can move within a point of 11th-placed Arsenal with a home victory while the Gunners are looking for a first win in three matches.