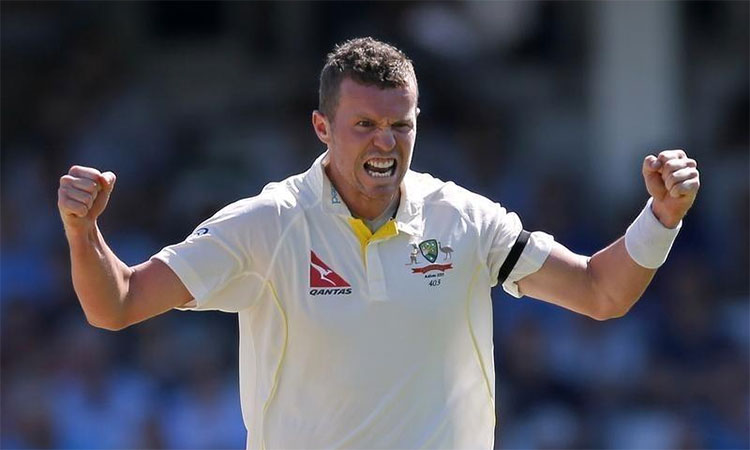 Selectors gave Peter Siddle a career lifeline by calling him up in the 13-man squad for the second Test against New Zealand. Reuters

Australia’s cricket selectors gave veteran paceman Peter Siddle a career lifeline on Tuesday, calling him up to the 13-man squad for the second Test against New Zealand in Melbourne beginning on Boxing Day.

Siddle’s days in the baggy green appeared over when he endured a dismal Ashes series in England, taking just seven wickets in three Tests at an average of 42.14.

The 35-year-old was overlooked for the series against Pakistan last month and did not feature in discussions about the current series against New Zealand until Josh Hazlewood was injured.

“Peter has been brought in as a 13th player for Melbourne,” Hohns said.

“He is a proven Test match performer with an exceptional knowledge of the MCG which will be a valuable part of our preparation.” Australia lead the three-Test series 1-0 after a dominant 296-run victory in Perth. Test captain Tim Paine defended Siddle after the Ashes, saying he kept playing despite a hip injury to ease the workload on his fellow bowlers. Siddle has played 67 Tests since making his debut in 2008.

Meanwhile, uncapped paceman Kyle Jamieson was drafted into the New Zealand Test squad Tuesday after injury sidelined Lockie Ferguson for the rest of the Test series against Australia.

The Black Caps had high hopes that Ferguson’s lightning pace would make an impression on his Test debut in Perth, but he pulled up with a calf strain on the opening day as his side slumped to a 296-run loss.

Coach Gary Stead said it was a bitter blow for Ferguson, who will be out for four to six weeks.

“We’re all absolutely gutted for Lockie,” he said.

“He’d worked really hard to earn his Test debut and to have it cruelly halted by injury was truly unlucky.”

Veteran New Zealand seamer Trent Boult, who missed the opening Test with a side strain, is expected to replace Ferguson for the second match starting in Melbourne on Dec.26.

But Stead said calling Jamieson into the Black Caps’ environment would be valuable experience for the 24-year-old, who has taken 72 first-class wickets at an average of 27.93.

He said the lanky quick, who has not represented New Zealand in any format at senior level, was making encouraging progress.

“Standing at over two metres tall he obviously gets good bounce and brings something different to our other pace bowlers,” Stead said.

All the while, in-form Australian batsman Marnus Labuschagne will make his one-day international debut in India, as part of a radically overhauled 14-man squad for a three-match tour next month. 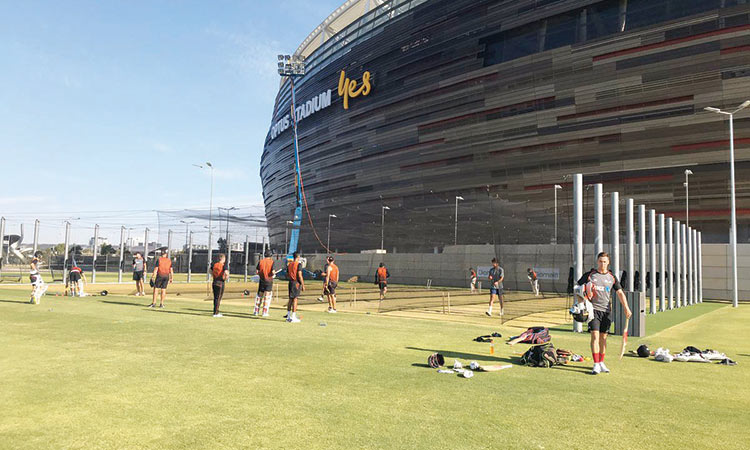