India aim to bounce back against Windies after Chennai drubbing - GulfToday

India aim to bounce back against Windies after Chennai drubbing 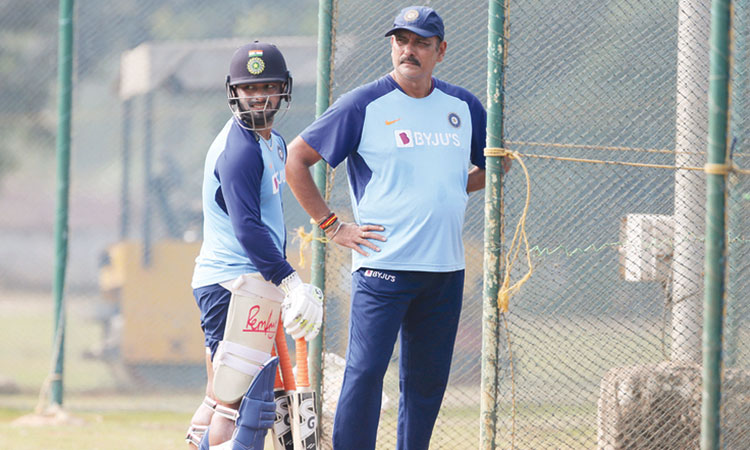 After suffering a crushing defeat in Chennai, Team India will look to come out with a better performance on all fronts and level the three-match ODI series when they take on the West Indies in the second game at the Dr. Y.S. Rajasekhara Reddy ACA-VDCA Cricket Stadium on Wednesday.

India — ranked second in ODIs — will be desperate to avoid a series defeat against a side which is seven spots lower to them.

The record of the Men in Blue has been outstanding at home in the last few years and it would be a bit of an embarrassment if they go down against a young Caribbean side.

India lost the first ODI where they found themselves wanting on all fronts. After posting a challenging 288-run target on a sluggish MA Chidambaram wicket, the hosts came out with a below par performance in both the bowling and fielding departments and were defeated by eight wickets to concede a 1-0 lead in the series.

One of the things which was evident in Chennai was that India’s team balance wasn’t right as they were struggling to get the overs out of their fifth bowler.

They handed a debut to Shivam Dube and he was taken to cleaners by both Shimron Hetmyer and Shai Hope. Thus, going into the Visakhapatnam game, the team management will have to address this one key area.

Another area of concern for Virat Kohli is team’s fielding which has not been great in the recent times. Shreyas Iyer spilled an easy catch of Hetmyer who scored 139 runs and broke the backbone of the Indian bowling line-up. Thus, the Men in Blue will have to pull up their socks in the fielding department too.

The only positive for the hosts was the batting performance of Rishabh Pant, who has been under the pump in recent times. In Chennai, he scored his maiden ODI fifty and thus the team would want him to carry on with the form in the remaining matches as well.

On the other hand, Windies will go into the match with a lot of confidence. Their performance in Chennai in all the three aspects of the game was better than the hosts and all they need to do is to continue with that in order to win their first ODI series against India since 2006. Their batting will again revolve around Hope and Hetmyer and the visitors will hope their two premier batters once again take the Indian bowlers to the task.

Meanwhile, ahead of the second ODI clash, India pacer Deepak Chahar admitted that a below-par performance in the bowling and fielding department costed India the match.

Despite posting 287/8 on a slow track in Chennai, India failed to defend the total as Shimron Hetmyer and Shai Hope slammed respective hundreds to guide Windies to a comfortable win with 13 balls to spare.

Speaking on the eve of the second ODI, Chahar said: “To be honest, we didn’t bowl well in the 1st ODI. Hopefully, if we are in a similar situation in the second ODI, we will have to bowl better as a unit.

“Fielding has been lacking in the last four matches. We have dropped too many matches. If we drop catches, against these big hitters who try to hit more sixes than boundaries, then it will become very difficult for us. As a fielding unit and bowling unit, we need to improve,” he added.

Chahar also revealed he finds ODI cricket a lot tougher than the T20Is and Tests but is trying to improve his ability to bowl in the slog overs, which he feels will make him more effective in the 50-over format.

“However, in ODIs, you have to mix both — pick up wickets and contain the runs as well. You have to read the situation really well. You need to understand what the team wants from you. You need to assess the batsman and then decide whether to contain or get him out. ODI is more difficult than both formats. I have played a lot of One-Day cricket with India ‘A’ which has helped me.

“In the past, I struggled to bowl in the middle overs. In the powerplay, it’s about containing runs, in death, you have to stop batsman going after you. But in the middle overs, I have gotten better. I am learning. I will learn as I progress,” the pacer said.