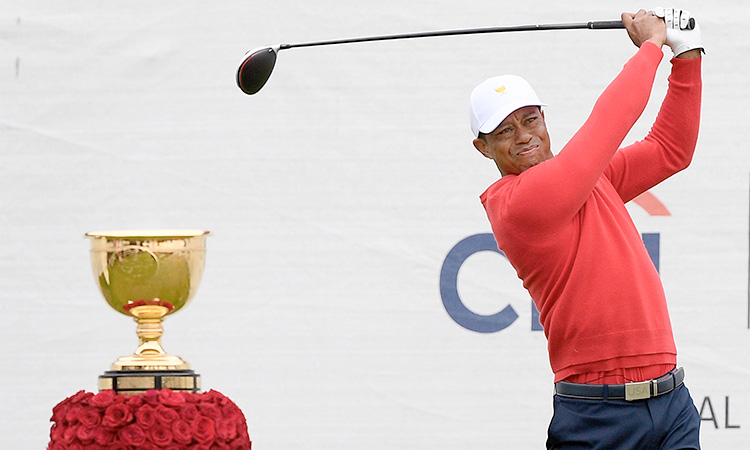 Two years ago the future for Tiger Woods looked bleak to the point of darkness. Four back surgeries, countless knee operations, marital strife and run-ins with the law meant Woods had not won a major since 2008, had no tournament victories since 2013 and had seen his world ranking plummet to 656.

But on Sunday, US player-captain Tiger Woods capped a year that has seen one of the most memorable comebacks in sporting history by driving his team to a 16-14 victory over Ernie Els’ Internationals in the 13th Presidents Cup in Melbourne.

The second coming of Tiger began with a drought-ending victory at the Tour Championship 15 months ago and accelerated with a 15th major and fifth green jacket at the US Masters in Augusta.

Having returned to the world’s top 10, Woods needed yet more surgery to his troublesome left knee in August before writing another remarkable chapter of his storied career.

In his first tournament appearance after the arthroscopic operation, Woods equalled Sam Snead’s record of 82 US PGA Tour wins when he won the inaugural Zozo Championship in Japan.

To have won a major championship, a green jacket, to have tied Sam and to have won a cup with all these guys, I couldn’t have asked for a better year.”

The road to redemption began with his long-awaited win at the Tour Championship, the FedEx Cup finale, at East Lake, Atlanta, in September 2018.

Woods had endured two years out of the game and shuffled out of the February 2018 Dubai Desert Classic, his tournament return, with back spasms, causing observers to question whether he could compete again at the highest level.

The thought had also crossed the mind of Woods. Less than a year earlier he had hobbled into the Champions Dinner on the eve of the 2017 US Masters nursing yet another back injury, telling those assembled: “I’m done, I don’t think I’ll ever play golf again.”

But two-and-a-half years later, Woods was unsurpassed at Royal Melbourne as he won all three of his matches and overtook Phil Mickelson for the most wins in Presidents Cup history.

It left Els, not for the first time in his career, having to pick up the pieces after a defeat to Woods.