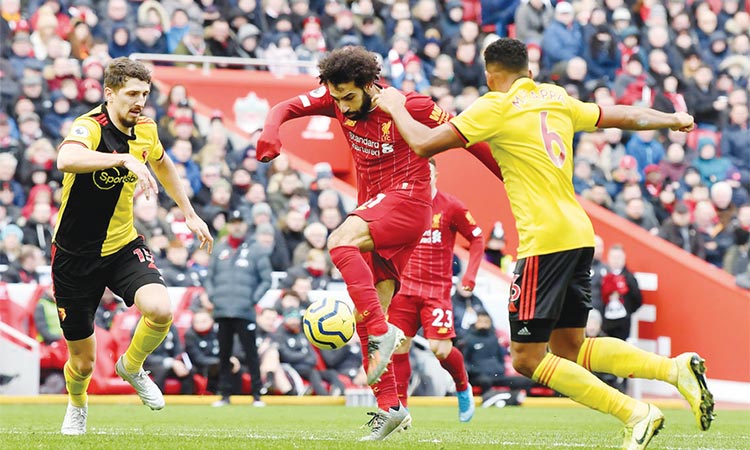 Liverpool tightened their grip on the Premier League title race thanks to two Mohamed Salah goals in a 2-0 win over Watford to extend their lead at the top to 10 points as Norwich ended second-placed Leicester’s nine-game winning run to claim an unexpected 1-1 draw at the King Power.

Chelsea were also shocked 1-0 at home to Bournemouth to see their lead over the chasing pack in fourth further cut, while Sheffield United moved into fifth with a 2-0 win over Aston Villa.

At Anfield, Liverpool kept their first clean sheet at home this season but only thanks to Watford’s wastefulness in front of goal as the Hornets showed why they are the lowest scoring side in the league.

Abdoulaye Doucoure and Ismaila Sarr both failed to make a proper connection with the goal gaping in the first half and the 40-point difference between the sides in the table was shown only in the difference of quality in the finishing.

Salah struck twice as he rounded off a rapid Liverpool counter-attack from a Watford corner eight minutes before half-time.

The Egyptian then settled the home crowd’s nerves a minute from time when he cheekily flicked home Divock Origi’s mishit shot.

Here is Mohamed Salah's goal against Salzburg from all angles...

“In December and January especially, you need to show resilience - that’s the most important thing and we showed that,” said coach Jurgen Klopp, whose side are seven games into a 15-match stretch across five competitions in 50 days.

“We had to fight, that’s what we did and that’s why we won.”

Leicester will be Liverpool’s next opponents in the Premier League on Boxing Day after the European champions’ quest to win the Club World Cup in Qatar later this week.

The Foxes had the chance to cut the gap at the top to just five points ahead of that meeting had they beaten Norwich and Manchester City next weekend.

However, a club record run of eight straight Premier League wins for Brendan Rodgers’s men came unstuck against the Canaries.

Teemu Pukki broke clear and finished calmly for his ninth goal of the season to put the visitors in front.

Leicester levelled before the break when Jamie Vardy’s header from James Maddison’s corner was turned into his own net by Norwich goalkeeper Tim Krul.

But the home side could not make their dominance of the second half count to drop points at home for only the second time this season.

Chelsea’s hold on the fourth Champions League place could be down to as little as two points should Manchester United beat Everton on Sunday as their poor run continued.

Frank Lampard’s men have now lost four of their last five Premier League games and had only themselves to blame as they had 18 shots on goal without finding a way past Aaron Ramsdale.

Bournemouth had lost five on the spin, but got their reward for staying in the game when Dan Gosling skilfully flicked a loose ball over Kepa Arrizabalaga five minutes from time and VAR overturned a wrongly-raised offside flag against the midfielder.

Sheffield United for now are the Blues’ closest challengers as they moved ahead of United and Tottenham into fifth as John Fleck scored twice in the second half to inflict a 2-0 defeat on Aston Villa, while Jack Grealish missed a late penalty for the visitors.

Burnley were also victors, 1-0 over Newcastle thanks to Chris Wood’s close-range finish in a game of few chances at Turf Moor. 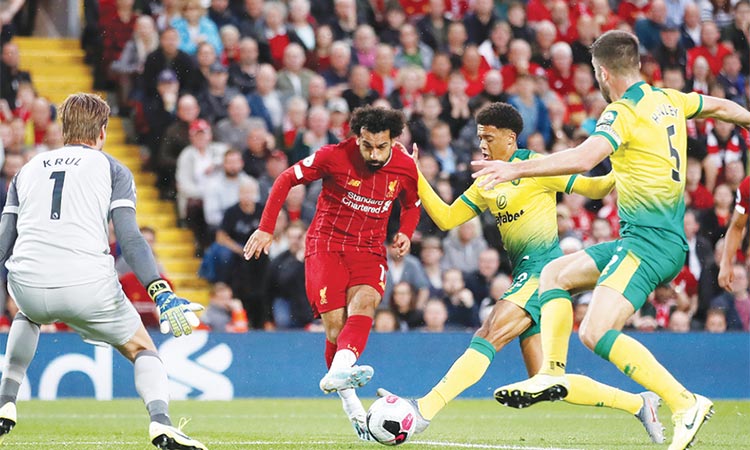 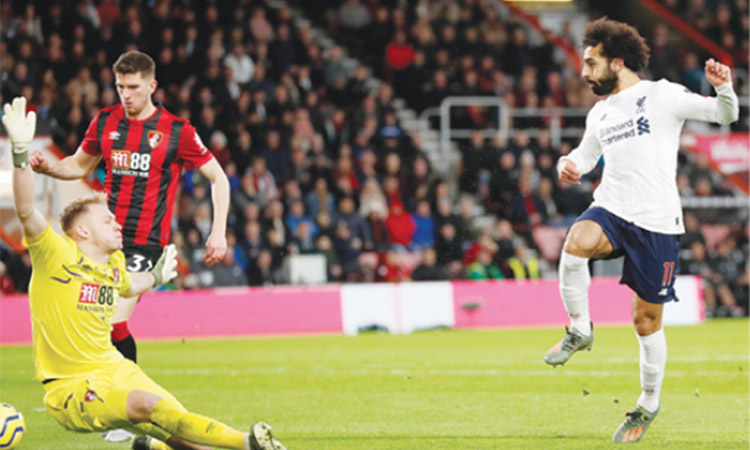