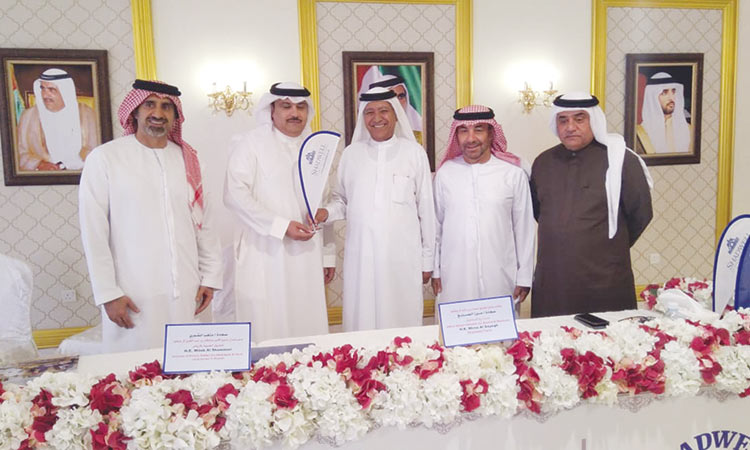 All eight races, including a Group 3 contest, will benefit from Sheikh Hamdan’s patronage through Shadwell Stud Farm and its affiliates.

Bolstered by the last edition’s success, the Shadwell team returns to Saudi Arabian capital to renew their commitment and investment in supporting horse racing in the Middle East.

“The sponsorship underlines Sheikh Hamdan’s commitment to supporting the growth of Arabian racing in the country where the breed has a very bright future with the flourishing breeding operations in place,” he added.

“We look forward to a great day’s racing next Friday and to many more to come in Saudi Arabia.

“We are delighted to host a big eight-race card under the patronage of Sheikh Hamdan, who is widely recognised and respected as one of the most influential men in the horse racing scene,” said Shammari.

Faisal Al Rahmani, President of Arabian Horse Racing, praised the efforts of Sheikh Hamdan and the Saudi Arabian authorities for forging a relationship that he said will greatly benefit Arabian racing on many levels.

“The UAE’s vision to globalise Arabian racing is well known among the breeders. We are encouraged by its growth.

“Our aim from the outset was to encourage the breeders and owners of the Arabian horse worldwide. I believe that Arabian racing has come a long, long way in recent years and the credit of its success goes to the patronage of people like Sheikh Hamdan and Sheikh Mansoor Bin Zayed Al Nahyan, Deputy Prime Minister and Minister of Presidential Affairs,” he added.

In February Sheikh Hamdan sponsored the entire six-race card at the inaugural edition of the GCC Cup which was held at the Sharjah Equestrian and Racing Club.

A quality field of top-rated horses and trainers from Saudi Arabia, Bahrain, Kuwait, Qatar Oman and hosts UAE took part in the event.

In doing so, the 4-year-old, who received weight from his ten rivals since he was the youngest horse in the field, reversed form with his stablemate and also ensured Mashref has saddled the winner of every UAE race in which he has been represented.