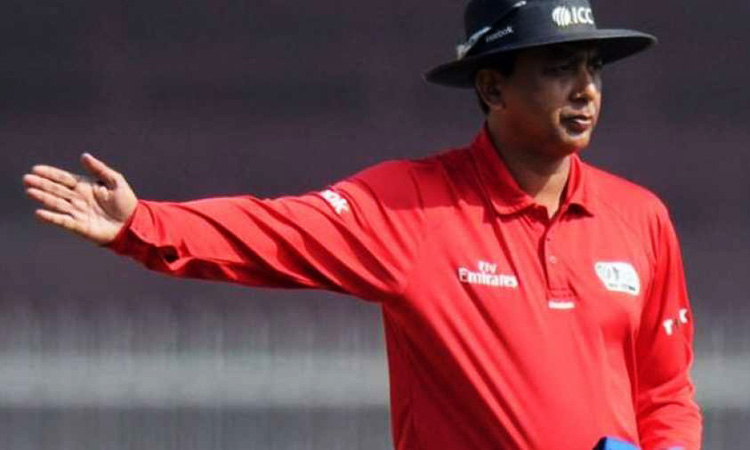 If there has been an infringement on the front foot, the third umpire will communicate this to the on-field umpire who will subsequently call a no-ball. File photo/ Reuters

Cricket is to trial using a TV umpire instead of the on-field official to call no-balls in the series between India and West Indies, following a rash of mistakes.

The Twenty20 and one-day games, starting with the first T20 in Hyderabad on Friday, “will be contested trialing technology to call front foot no balls,” the International Cricket Council said.

“Throughout the trial, the third umpire will be responsible for monitoring every ball bowled and identifying whether there has been any front foot infringement,” an ICC statement said on Thursday.

“If there has been an infringement on the front foot, the third umpire will communicate this to the on-field umpire who will subsequently call a no-ball.”

The on-field umpire usually calls front-foot no-balls, which are when the bowler’s leading foot lands beyond the crease. The delivery is ruled illegal and one run is awarded to the batting side.

Pressure has been building for a new approach after TV replays showed 21 no-balls were missed in two sessions on the second day of the Australia-Pakistan Test in Brisbane last month.

Trent Copeland, a former Australian player and now a television analyst, called the misses “astonishing” and said the issue had to be dealt with.

Even before the 21 no-balls, the umpires’ actions had come in for question. Australian bowler Pat Cummins’ dismissal of Mohammad Rizwan was upheld even though replays showed his foot was over the bowling line.

“The outcomes of the trial will be used to gauge whether the system has a beneficial impact on the accuracy of no ball decisions and whether it can be implemented while minimizing disruption to the flow of the game,” the ICC said.

India’s cricket board last month announced that it will experiment with a separate no-ball umpire in the Indian Premier League after controversies in the 2019 tournament.