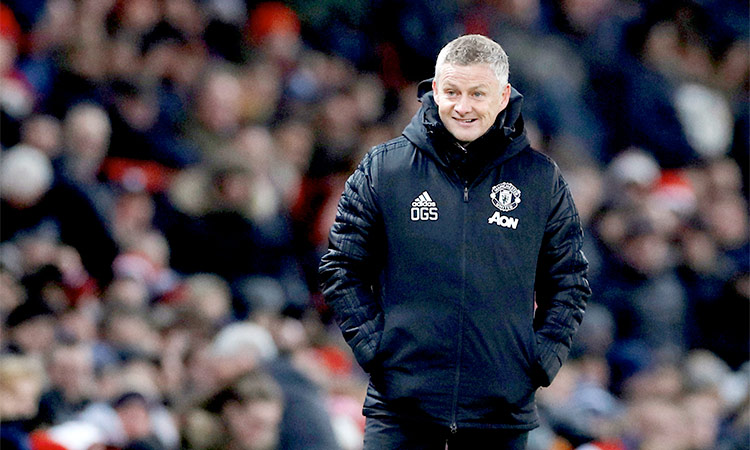 Manchester United will be focused on getting their campaign back on track when former boss Jose Mourinho arrives with Tottenham Hotspur on Wednesday night, said manager Ole Gunnar Solskjaer, adding that reports of his own managerial demise made him laugh.

British media reported Solskjaer had told his players he risked losing his job if United were to lose to Tottenham on Wednesday and Manchester City on Saturday.

“Sometimes you laugh when you read stories about what I’ve said. At least I know sources everyone is talking about aren’t sources - they’re made up, blatant lies,” Solskjaer said.

“Three or four days isn’t going to change a lot, but these games are a good chance for us to prove things.”

Mourinho, who United dismissed last December and replaced with Solskjaer, returned to management with Tottenham last month and has guided them to two league victories ahead of his return to Old Trafford.

By contrast, United have struggled for consistency and sit ninth on 18 points. But Solskjaer backed his players to turn things around, saying they did not need extra motivation in the form of Mourinho.

“I don’t think whoever the manager or the opposition team is will change their motivation,” Solskjaer told reporters.

“When you put that shirt on, it doesn’t matter who you’re going to play against, you’ve got to give it your all.

“Jose will get a good reception. That’s a testament to this club and the fans. They’ll remember the 2-1/2 years he was here, he won trophies, so I’m 100% sure that fans, the staff and the club will welcome him.”

United will again be without Paul Pogba, with the Frenchman recovering from an ankle injury that he picked up at the end of September. But fellow midfielders Scott McTominay and Nemanja Matic could return to the team from injuries.

Meanwhile, Mourinho says his time at United is “a closed chapter” and he is only interested in beating them when he takes his in-form Tottenham side to Old Trafford.

It is the new Tottenham manager’s first return to the touchline at United’s home ground since his sacking by the club last December.

“Honestly, United for me is in my book of experiences, it’s in my history book.

“It is not for me to analyse United now,” Mourinho said at his pre-match press conference. “I analyse them as an opponent, how they play. How can we beat them? How can they beat us? For me that is the important thing.”

Mourinho is excited about the prospect of returning to Old Trafford.

“I have a great relationship with the Manchester United supporters. I went back as a pundit and I was humbled by such a beautiful reception.

“Tomorrow I go back as the coach of the team that will try and beat Manchester United.

“I understand that what they want is the exact opposite of what I want. Of course during the match I expect them to forget me.”

Reports say Spurs midfielder Christian Eriksen has refused to sign a new deal with the club, while there has been speculation over the futures of Belgian defenders Toby Alderweireld and Jan Vertonghen.

Mourinho said he was speaking with Spurs chairman Daniel Levy about the contract issues but refused to be drawn on the details.

“I’m not going to discuss these individual things,” he said. “If I tell you that I didn’t speak with Mr (Daniel) Levy about Eriksen, Alderweireld and Vertonghen, I would be lying. So, yes I’m speaking with Mr Levy about it.”

“The important thing, really, is (they are) great professionals, big relationship with Tottenham, amazing understanding of what the club is and what we need from them,” he added. 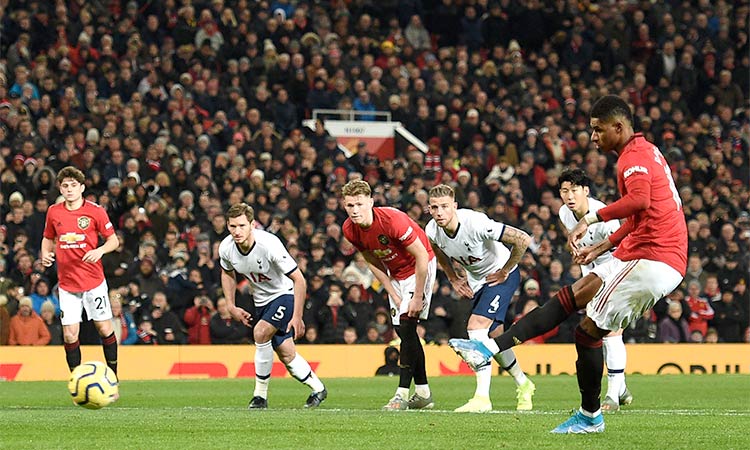