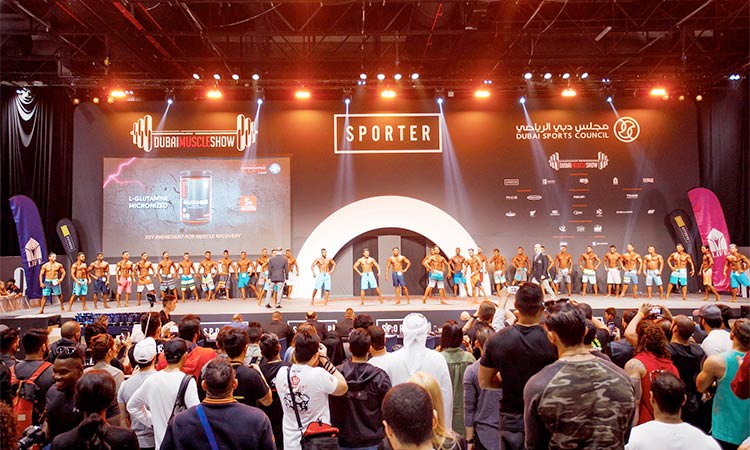 The fourth edition of the Dubai Muscle Show will be held from Dec.5-7.

The DMS, held in collaboration with Dubai Sports Council, is the Middle East’s largest fitness event, where fitness fanatics meet the stars of the industry, find inspiration, access the world’s best and latest fitness products, get expert advice, training tips, and much, much more.

Bigger, better and definitely more extravagant, DMS presents an incredible line-up of fitness celebrities that are set to take the audience by force this season!

Headlining this year’s most anticipated event is American IFBB professional bodybuilder and former Mr Olympia Phil Heath — a seven-time Mr. Olympia winner having placed first in the competition every year from 2011 – 2017. His latest win tied him with the legendary, Arnold Schwarzenegger for the third all-time number of wins.

Commenting on his visit, Phil said “I’m so excited to come back out to the Middle East. I’ll be at the DMS on all three days, doing a meet and greet and speaking on stage, so be sure to come out and show your support at this amazing event.

“I’m really looking forward to seeing all my fans in the Middle East, who have always been so supportive of me.”

Arguably the most inspirational person in bodybuilding and fitness, Kai has gone through an extraordinary rise, starting out as an orphan living between foster homes and institutional facilities, transforming his life through bodybuilding to become one of the top athletes in the world and more recently turning to acting, which has included a role in the Netflix series, Stranger Things.

Other international athletes set to appear at the event include Brandon Curry, who was crowned Mr Olympia 2019 and the winner of the Arnold Classic 2019 and is fast becoming a heavyweight legend and Big Ramy who is the Middle East’s most famous bodybuilder, now residing in Kuwait.

He is an astounding, professional bodybuilder, becoming a pro in under three years. He has taken part in several major competitions and was considered by many to be the uncrowned winner of Mr Olympia in 2017, earning global recognition. Angelica Teixeira who is the 2017 and 2018 Ms Olympia and 4x Arnold Classic winner from Brazil and Sadik Hadzovic who is an American IFBB professional Physique competitor and won his first ever Arnold Classic in 2015.

With headline athletes conducting on-stage speaking sessions and meet-and-greets throughout the weekend, DMS is built for fans to meet their fitness heroes!