Candid Amna pours her heart out after F4 victory - GulfToday

Candid Amna pours her heart out after F4 victory 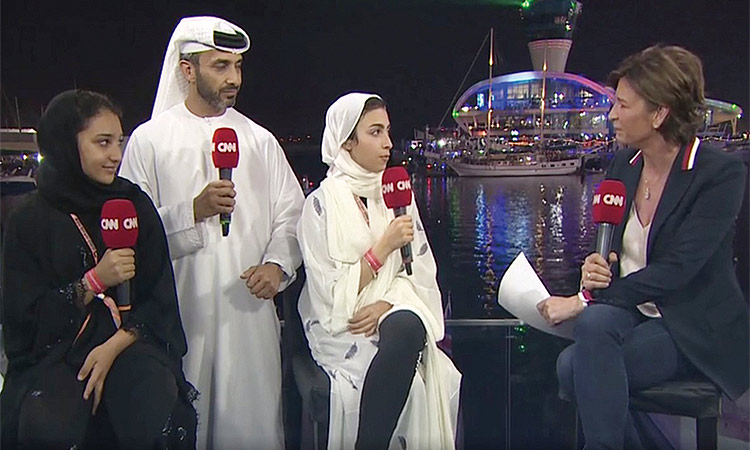 Al Qubaisi family in conversation with CNN’s Becky Anderson during an interview.

Amna Al Qubaisi poured her heart out in a candid conversation during an interview with CNN after becoming first Arab female driver to win a F4 race.

Amna won the race ahead of the Abu Dhabi Formula 1 Grand Prix, which is the last race of the  season.

After creating history in a single seater category, Amna said: “It was amazing, a new experience for me, I cried the first time I crossed the chequered flag, all the hard work and the experience finally paid off.”

On starting out in racing she explained: “I started in 2014 in karting and competed locally. Then I started competing in Europe and claimed top five positions.

“I participated in the world championship and got the fastest lap time so from that I had the sponsorship from Kaspersky Lab to move me up to Formula 4.”

Talking about her aspirations in future, Amna said: “Definitely the next step is Formula 3, that’s the main goal and hopefully next year we’ll get into that.

“Yesterday was really amazing, I made a nine second gap, I made the fastest lap time and I made history being the first woman to qualify pole position.”

Elaborating on what it takes to be a great driver, she said: “A lot of hard work. I’ve been doing this for years and it finally paid off in the end.”

She also spoke about her wish of competing in W series. Amna said, “The W series is really good mileage and a lot of track time. So if I did have the opportunity to back I would. Formula 1 is always the main goal.”

Amna’s 15-year-old sister Hamda Al Qubaisi was delighted with the victory of her Amna. She looks up at her as an inspiration.

Hamda: “After I saw Amna in her first season racing she inspired me, and I wanted to get into it straight away and in my first season I already surprised myself getting five podiums and from there I just wanted to keep going.”

Amna and Hamda’s father, Khaled Al Qubaisi, on how proud he is “I’m extremely, extremely proud, not only as their father, their countryman, for the whole UAE this really means a lot. “There are no boundaries even though they’re females, I said they can do whatever they want and they surprised us. Amna and Hamda, they did really well in karting, in single seaters, and now you see them here, winning a race and making history.”

Khaled defied any barriers for females: “We see it in all kinds of fields, females are out in force, they’re dedicated, they’re committed, they’re competing in the workplace, in sports, and it’s all because of our leadership giving us right from the get-go the opportunity for education and sport.”

Earlier, Amna led from start to finish in Race 1 of F4UAE’s Trophy Round at Yas Marina Circuit on Saturday. The 19-year-old led from pole and held off an early challenge from Nicola Marinangeli before pulling away to take victory in the 25-minute race.

The top two would be in a class of their own at the front, but the battle for third would be fierce. Dutchman Tijmen van der Helm held off a gaggle of cars throughout, but on the final lap, he suffered a suspension failure approaching Turn 8, promoting Alex Connor onto the podium for Xcel Motorsport.

Jordan’s Manaf Hijjawi would drop down to eighth from sixth on the grid at the start, but made some strong overtakes to eventually claim fourth.

He would lead the second Hamda in fifth for Abu Dhbai Racing and Nico Goehler in sixth.

Portugal’s Rodrigo Almeida followed in seventh, with Logan Hannah moving up from the back of the grid to eighth for Dream Racing.

Van der Helm would be classified 11th despite his late crash, as Reema Juffali finished a lap down and Ivan Peklin retired. 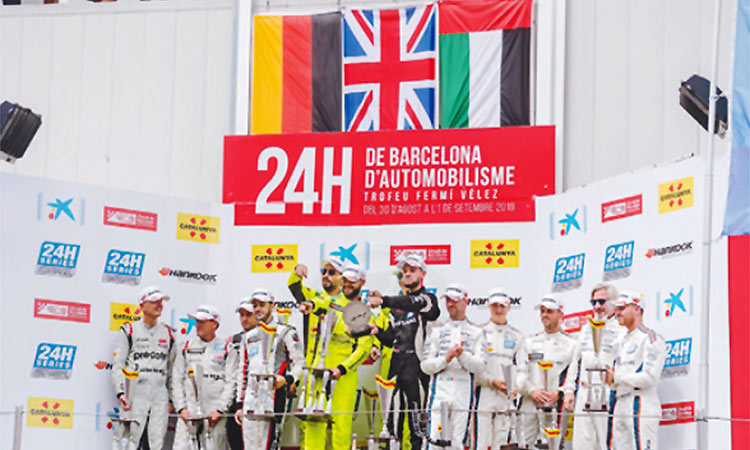 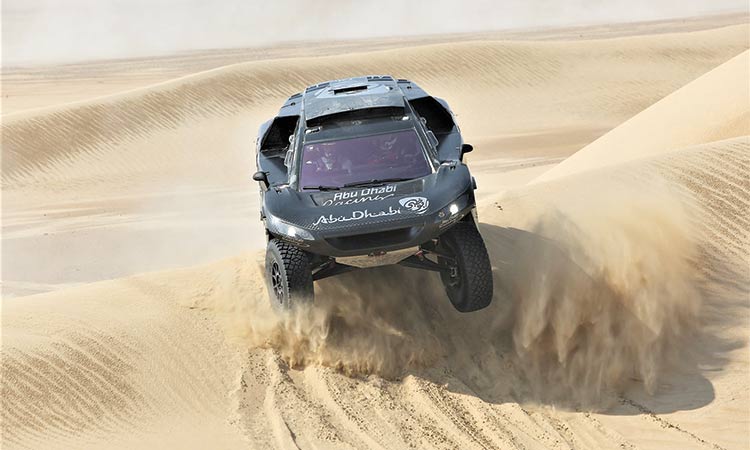 The launch of the Abu Dhabi Baja next month provides a fresh boost for desert rallying in the UAE, creating a flagship event for the new national series attracting drivers and riders