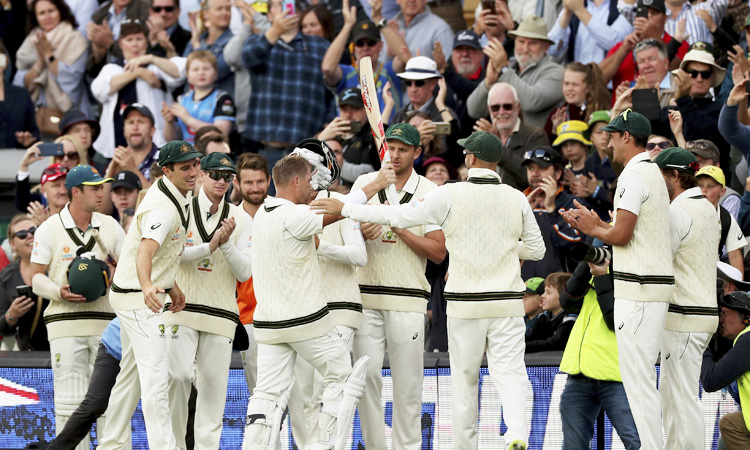 David Warner celebrates his record 335 not out during their cricket test match against Pakistan in Adelaide on Saturday. James Elsby/ AP

An irrepressible David Warner smashed an unbeaten 335 on Saturday while Steve Smith became the fastest man to 7,000 Test runs as Australia put Pakistan to the sword before declaring on day two of the second Test in Adelaide.

Skipper Tim Paine waved his players back into the pavilion when they reached 589 for three ahead of the dinner break with Warner making the 10th highest score ever in Test cricket.

His knock was one more than former captain Mark Taylor's epic 334 against Pakistan in 1998 and the second best score by an Australian of all time after Matthew Hayden's 380 against Zimbabwe in 2003.

Pakistan did have some success. After removing Marnus Labuschagne for 162 in the opening session, they also bagged Smith, caught behind by Mohammad Rizwan off Shaheen Afridi for 36.

In making his runs, Smith — who had a rare failure in the first of the two-Test series at Brisbane — shattered a record that had stood since 1946.

He took a single off Muhammad Musa to reach 7,000 runs in his 126th innings, taking possession of a mark held for 73 years by English great Wally Hammond who reached the milestone in his 131st innings.

The home team resumed the day-night second Test at 302 for one with Warner on 166 and Labuschagne 126, with the pair putting on another 67 runs before Pakistan finally got a breakthrough.

Skipper Azhar Ali took the new ball and Afridi clean-bowled Labuschagne as he attempted a drive, just as he and Warner appeared set for another long day at the crease.

The 25-year-old, who has come of age during the series, trudged back to the pavilion to a standing ovation after a classy 162, his second century in a row.

Their marathon 361-run partnership was a record second-wicket stand for Australia against Pakistan and the highest ever in a pink-ball Test.

Just minutes later, the explosive Warner completed only the second Test double century of his career. Playing in his 81st Test, he reached 200 off 260 balls with a single from Afridi, having clattered 23 fours along the way.

Pakistan thought they finally had Warner out on 226 when he was caught in the gully off debutant Musa, only for their heads to drop when it was called a no-ball.

Smith, Australia's saviour during the recent Ashes series against England, where Warner struggled, built a solid 36 before catching a thin edge on a big swing, with Rizwan taking a catch behind the wicket. 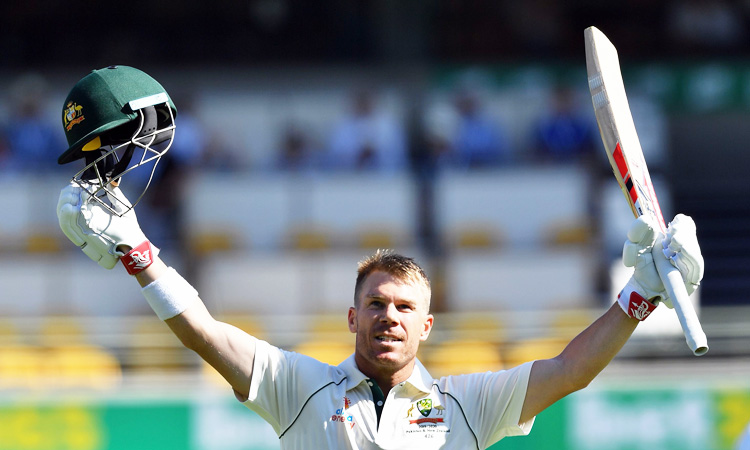 Australia opener David Warner enjoyed a measure of redemption as he scored his first Test century since a year-long ban for ball-tampering on Friday. 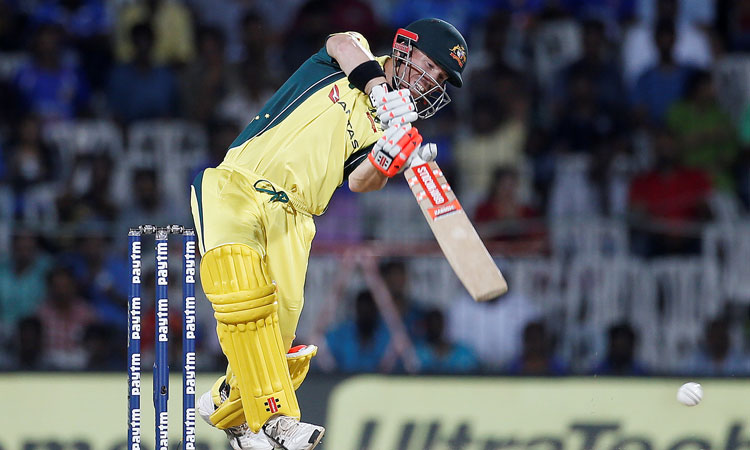 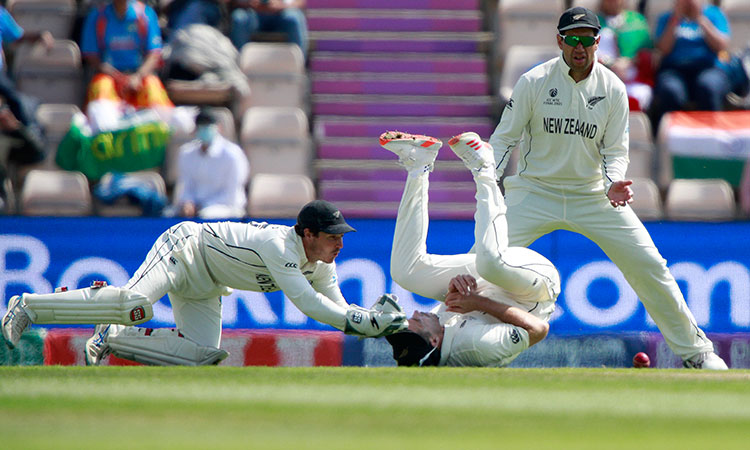