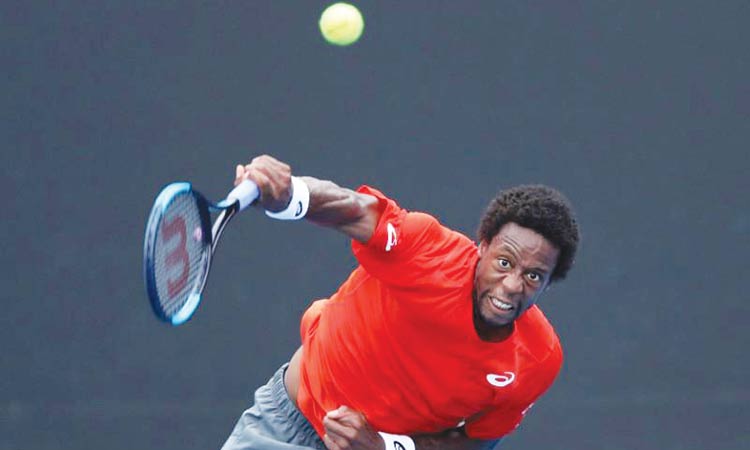 Gael Monfils marks his return to Abu Dhabi after eight years, having last played in the Capital in December 2011.

The organisers of the Mubadala World Tennis Championship (MWTC) have confirmed World No. 10 Gael Monfils as the latest addition to the championship’s 2019’s stellar line-up.

The 12th edition of the championship will run from Dec. 19-21 at Abu Dhabi’s International Tennis Centre, at Zayed Sports City.

The 33-year-old Monfils marks his return to Abu Dhabi after eight years, having last played in the Capital in December 2011. Monfils’ arrival sees him join MWTC’s 2019 field brimming with class, one that includes World No. 1 Rafael Nadal, No. 2 Novak Djokovic, No. 5 Daniil Medvedev; and No. 6 and 2019 ATP Tour Final winner Stefanos Tsitsipas.

Five-time Grand Slam champion Maria Sharapova also ups the star quotient of the Championship’s line-up, who is slated to take on the rising star Amanda Anisimova in the women’s match on day one.

Monfils has enjoyed an impressive 2019, clinching the title at the ABN AMRO World Tennis Tournament in Rotterdam, where he defeated fellow 2019 MWTC competitor Daniil Medvedev, before making the quarter-finals of the US Open in August.

With eight career titles to his name on the ATP circuit, Monfils has also reached the semi-finals of the French and the US Open.

“Bringing the world’s best tennis players to Abu Dhabi is something that we take seriously at the Mubadala World Tennis Championship. Gael Monfils’ confirmation is proof of our desire to bring the global tennis elite to the UAE’s capital and treat spectators to the unique opportunity of watching five of the ten best males players in the World in a unique festival atmosphere that is fast-becoming a signature of this special Championship,” said John Lickrish, CEO Flash Entertainment.

Monfils said that he was eager to return to Abu Dhabi and compete at a tournament that he has seen grow from strength to strength in a short period of time.

“Having played in Abu Dhabi before, I know the special atmosphere of this Championship and I am really excited to be coming back. “I am looking forward to going up against a strong field and I believe that it will be the perfect way to begin an important season,” he said.

Meanwhile, Tsitsipas, on Sunday was confirmed as the sixth player for the showpiece event.

Greek ace Tsitsipas rounded off a stellar 2019 season with victory over Thiem in the season finale in London and his next stop will be a debut in the UAE capital.

Tsitsipas bolstered his burgeoning reputation by beating four top-10 players in Federer, Medvedev, Thiem and Zverev on his way to the title in London. Known for his powerful groundstrokes, Tsitsipas is looking forward to putting on a good show in his maiden appearance and build on his strong 2019 performance, “This is my first time coming to Abu Dhabi and I want to make a great first impression at this tournament.”

“I’ve heard amazing things about the Mubadala World Tennis Championship and Abu Dhabi. The weather and the facilities make for the perfect destination to start the 2020 season and the organisers are putting together a really strong line-up,” added the Greek ace.