Murray says can play without hip worries ahead of new season 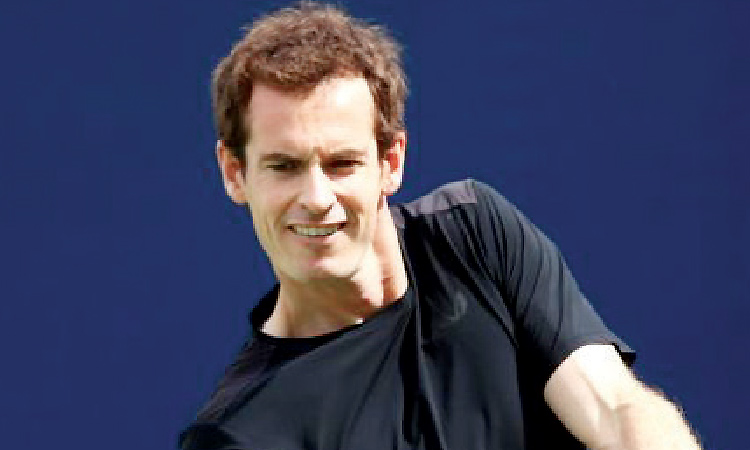 Andy Murray is hoping to build up his fitness ahead of the first Grand Slam of 2020.

Former world tennis number one Andy Murray said he can finally play without worrying about his hip following career-saving surgery in January, but expects next year’s Australian Open to be the biggest test of his progress.

The 32-year-old looked on the verge of ending his career at the start of the year but returned to singles action on the ATP Tour in August following resurfacing surgery, and won his first trophy since 2017 beating Stan Wawrinka in Antwerp last month.

Having played only one match in Britain’s run to the last-four of the Davis Cup Finals in Spain last week due to a groin issue, Murray is hoping to build up his fitness ahead of the first Grand Slam of 2020.

“I know I’ll be able to compete in tournaments without having to worry about it,” Murray told reporters ahead of a documentary release on his injury problems in the last year. I’ve played three-set matches and some long ones recently, but the best of five is an extra hour, hour-and-a-half on top of that so I’ll find out in Australia.

Murray is also scheduled to play in the inaugural ATP Cup in Australia starting Jan.3.

“I was asked what would be success in Australia and I don’t know how I’ll perform,” Murray added.

“I’m not expecting to win the tournament (Australian Open) but if I can play a five-set match and get through and have no ill effects on the hip ... that’s success.”

Meanwhile, Murray reveals for the first time in a new documentary that he suffered from breathing problems and anxiety following the Dunblane School massacre.

The 32-year-old and his older brother Jamie were pupils at the school in Scotland where on March 13, 1996, Thomas Hamilton shot dead 16 children, aged five and six, and a teacher in the gymnasium.

Murray, then eight years old, had been on his way with his classmates to the gym when Hamilton — armed with four handguns and 700 rounds of ammunition — opened fire.

He was ushered away and told to hide under the windows of the headmaster’s office whilst Jamie, who is 15 months older, was in another classroom.

Murray has rarely spoken about the massacre and did not want to be filmed talking about it.

“You asked me a while ago why tennis was important to me,” says Murray in the documentary due to be released on Amazon on Friday.

“Obviously I had the thing that happened at Dunblane. I am sure for all the kids there it would be difficult for different reasons. The fact that we knew the guy (Hamilton), we went to his kids’ club, he had been in our car, we had driven and dropped him off at train stations and things.”