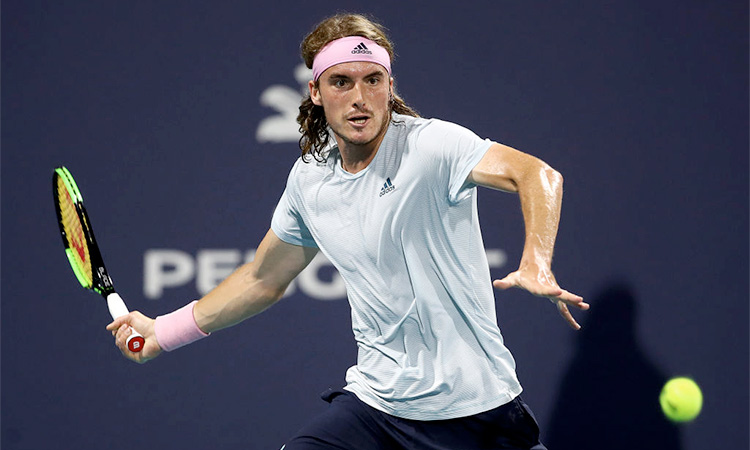 Stefanos Tsitsipas will excite the crowd with his aggressive style of play at the Mubadala World Tennis Championship in Abu Dhabi.

Spectators at the Mubadala World Tennis Championship (MWTC) 2019 are guaranteed to see four of the world’s top six male players this December with 2019 ATP Finals winner Stefanos Tsitsipas on Sunday confirmed as the sixth player for the 12th edition of the Arabian Gulf’s leading tennis experience, which runs from Dec. 19-21 at the Abu Dhabi’s International Tennis Centre at Zayed Sports City.

Greek ace Tsitsipas rounded off a stellar 2019 season with victory over Dominic Thiem in the season finale in London on Sunday and his next stop will be a debut in the UAE capital.

Tsitsipas’ inclusion in the eight-player line-up for Abu Dhabi reinforces the Mubadala Tennis Championship promise to make way for the best in tennis and entertainment.

The new World No. 6 joins World No. 1 Rafael Nadal, No. 2 Novak Djokovic, and No. 5 Daniil Medvedev, in heading for Abu Dhabi, with the final two male players soon to be announced. Furthermore, the eight-player line-up also includes multiple Grand Slam champion Maria Sharapova and the new women’s tennis sensation Amanda Anisimova, who will face-off in a match on day one of the championship, on Dec. 19.

Tsitsipas achieved new heights in 2019, reaching his first Grand Slam semi-final at the Australian Open, beating World No.3 Roger Federer along the way, who he also beat in the last four of the ATP Finals. He won his second professional singles title at the Open 13 in Marseille and also reached the final of the China Open in September.

Tsitsipas will excite the crowd with his aggressive style of play when he makes his Abu Dhabi debut in December and adds a different flavour to the unique festival atmosphere of the people’s favourite Abu Dhabi event.

“Bringing the best of international tennis talent to Abu Dhabi is always our priority and Stefanos Tsitsipas is a rising star in the men’s game. At just 21 he has shown he can stand with the best. He is an exciting player with a very bright future and his dynamism and character are sure to be a big hit with spectators,” said John Lickrish, CEO, Flash Entertainment.

Tsitsipas further bolstered his burgeoning reputation by beating four top-10 players in Federer, Medvedev, Thiem and Alexander Zverev on his way to the title in London. Known for his powerful groundstrokes, Tsitsipas is looking forward to putting on a good show in his maiden appearance and build on his strong 2019 performance, “This is my first time coming to Abu Dhabi and I want to make a great first impression at this tournament.”

“I’ve heard amazing things about the Mubadala World Tennis Championship and Abu Dhabi. The weather and the facilities make for the perfect destination to start the 2020 season and the organisers are putting together a really strong line-up,” added the Greek ace. 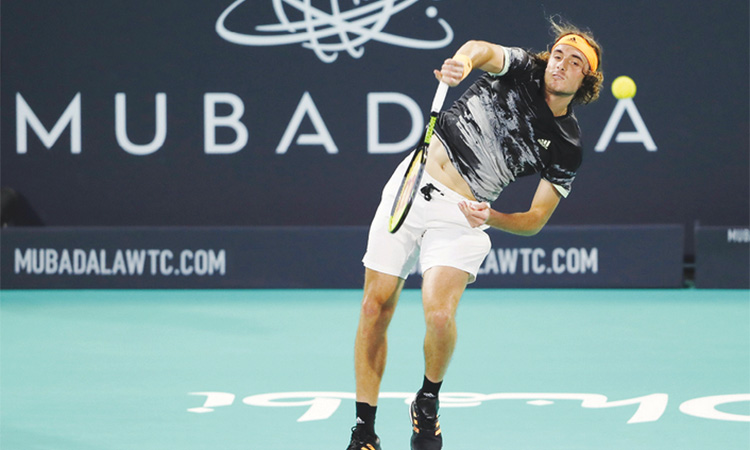