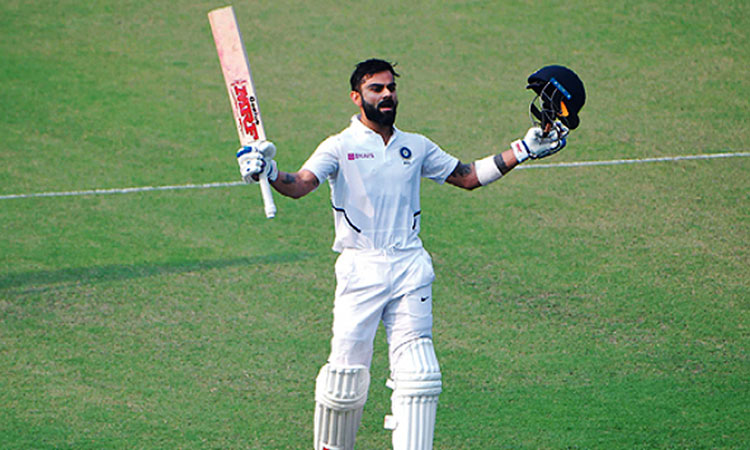 India’s captain Virat Kohli celebrates his century against Bangladesh during the second day of the second Test in Kolkata on Saturday. Agence France-Presse

Tourists Bangladesh were 152 for six at stumps in their second innings, still needing 89 runs to avoid an innings defeat in the Kolkata pink ball Test.

Kohli made 136 as India, who lead the two-match series 1-0, declared their innings on 347 for nine and then Ishant rattled the Bangladesh batting.

“Batting under lights was difficult. When I batted yesterday, even when I saw on TV what was happening I think first session is slightly easier to bat,” said Indian batsman Cheteshwar Pujara, who made 55 on day one.

“When there are lights the ball start swinging more and it is a bit challenging. During sunlight it is easier to see the ball red or pink.” Ishant struck early to leave Bangladesh tottering at 13 for four before Mushfiqur Rahim made an unbeaten 59 to take the five-day match to day three.

Mushfiqur and Mahmudullah, who retired hurt on 39 with a hamstring strain, put on 69 runs for the fifth wicket to offer some resistence against a persistent Indian pace attack.

Mushfiqur stayed on to complete his second half-century of the series with concussion substitute Taijul Islam losing his wicket for 11 to paceman Umesh Yadav and umpires called for end of play.

Mushfiqur survived two leg before wicket decisions that went against him but he successfully reviewed both the calls in his favour.

After India’s declaration in the second session, Ishant trapped Shadman Islam lbw for nought and then claimed skipper Mominul Haque for a second zero in the same match.

The pace spearhead, who claimed five wickets in the first innings, bowled at a lively pace as one of his rising deliveries hit Mohammad Mithun on the helmet but the batsman went on to complete his innings.

“I thought light and pink ball had a role to play because as a batsman it is not easy to pick the ball, especially the short balls, the kind of pace our fast bowlers have,” said Pujara on Bangladesh batsmen getting hit by Indian pacemen.

“As I know their batters have not played any pink ball game even at the domestic level and it’s not easy.” Bangladesh were forced to take two concussion substitutes in Mehidy Hasan and Taijul for Liton Das and Nayeem Hasan who were hit on the helmet by Shami on day one. 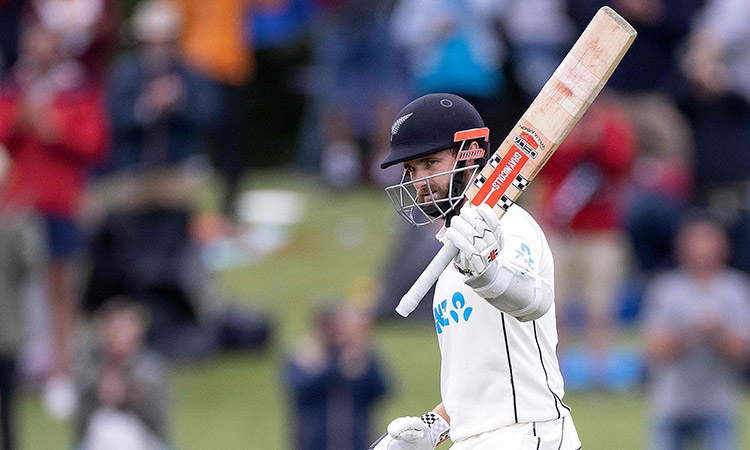