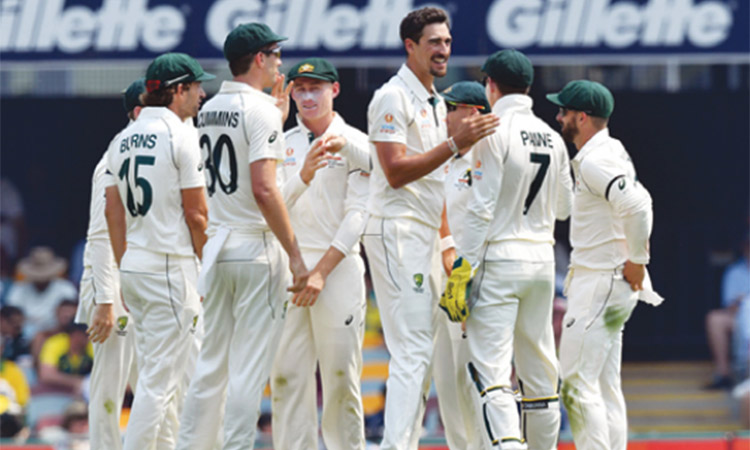 Australia’s Mitchell Starc (third right) celebrates with team-mates after taking the wicket of Pakistan’s Haris Sohail on day one of their first Test match at the Gabba in Brisbane on Thursday. Agence France-Presse

After the visitors resisted stubbornly in the first session, reaching 57 for no wicket at lunch, pace trio Mitchell Starc (4-52), Josh Hazlewood (2-46) and Pat Cummins (3-60) tore through the Pakistan batting order to put the hosts in charge at the close of play.

Australia seized the initiative after lunch when they took five wickets for just 19 runs, reducing Pakistan from 75 for none to 94 for five.

The pacemen then struck again late in the day, with 16-year-old debutant Naseem Shah just squeezing out Starc’s hat-trick ball.

“It was quite a welcome to Test cricket wasn’t it?” Hazlewood said.

Hazlewood said the fast bowlers had enjoyed the extra bounce at the Gabba.

“The way we fought back in the second session was perfect,” he said.

“We probably bowled too short in the first session, but we got better as the day went on. It was a pretty good comeback I thought.”

Pakistan were rescued from complete disaster by Asad Shafiq who played a lone hand, scoring 76 well-made runs. Shafiq came to the crease with his side 75 for two, then saw Haris Sohail (1) and Baba Azar (1) fall for the addition of only two runs.

But good partnerships of 49 between Shafiq and Mohammed Rizwan, who made 37, and then 84 with Yasir Shah (26) enabled the visitors to achieve a respectable score.

“I knew that if we could build a good partnership it could help the team,” Shafiq said.

Rizwan, who was counter-attacking fearlessly, fell controversially with Cummins appearing to have just overstepped the mark, only for TV umpire Michael Gough to give the benefit of the doubt to the bowler.

Yasir batted bravely but when the Australians took the second new ball, Pakistan’s resistance was all but over.

The visitors had frustrated the Australian pace attack in the first session, going into lunch at 57-0 with openers Azhar Ali and Shan Masood unbeaten on 28 and 21 respectively.

The pair began to open up after the break with some sparkling attacking shots, but Hazlewood and Cummins at last found their length and began to turn the screws.

The pressure began to tell and with the score on 75 Masood waved at a Cummins delivery outside off stump and edged to Steve Smith at second slip.

Azhar went the next ball when he edged Hazlewood to Joe Burns at first slip, before Sohail and Azam both fell to poor shots.

When Nathan Lyon had Iftikhar Ahmed caught at bat-pad for seven, Pakistan were reeling at 94 for five before Shafiq and Rizwan steadied the ship in the half-hour before tea.

Pakistan earlier won the toss and chose to bat on a hot and humid morning in Brisbane.

Azhar and Masood began cautiously against the Australian pace duo of Starc and Hazlewood, who bowled quickly without really troubling the Pakistan openers.

The visitors crawled to 33 at the first drinks break and took almost two hours to reach 50, bringing up the half-century opening stand with a Masood boundary through square leg in the penultimate over before lunch.

Scoreboard from the first day on Thursday: 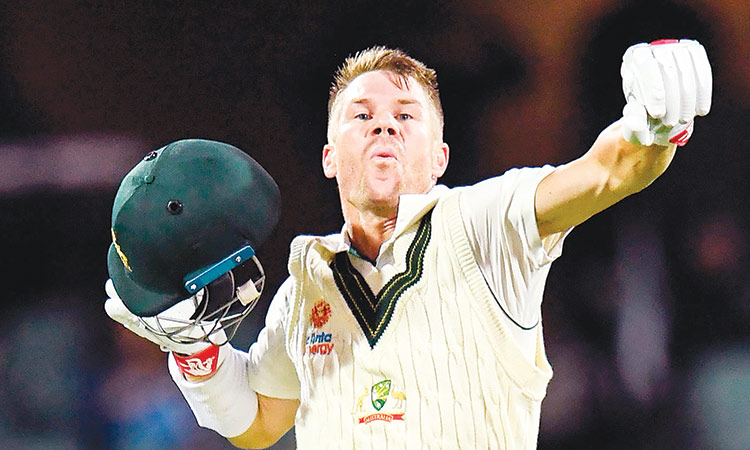 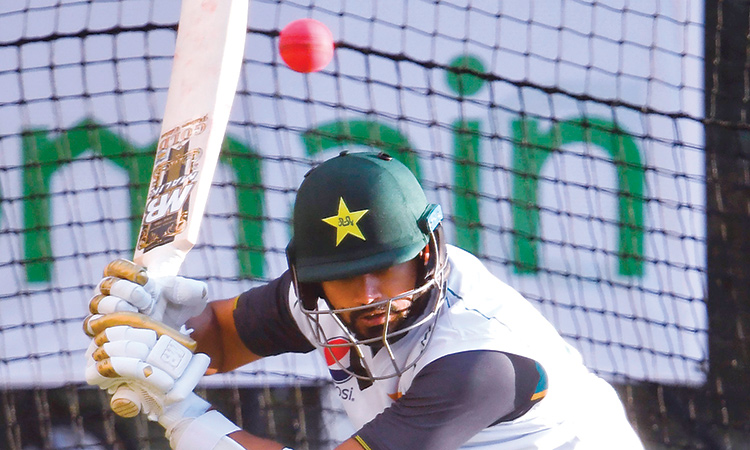 Pakistan will take a huge gamble in the first Test against Australia in Brisbane on Thursday by giving 16-year-old schoolboy quick Naseem Shah his debut. Many a more-experienced