Juventus star Ronaldo admits he is not ‘100 per cent fit’ 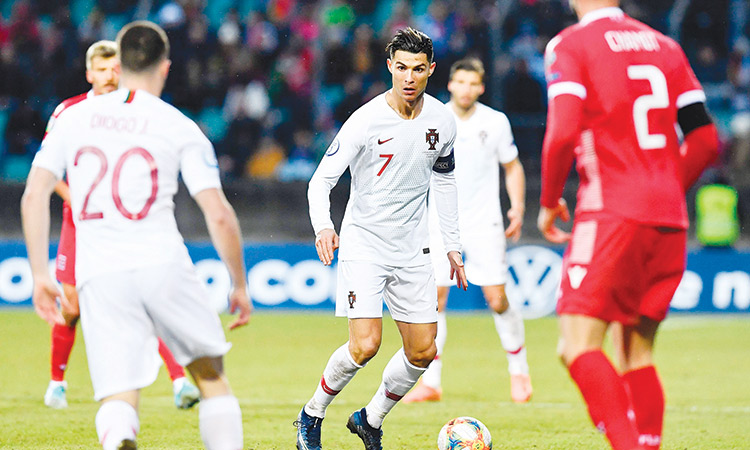 Cristiano Ronaldo admitted on Sunday that he is not at “100 per cent” after reacting angrily to twice being substituted by Juventus coach Maurizio Sarri earlier this month.

The 34-year-old scored his 99th international goal on Sunday as reigning champions Portugal qualified for Euro 2020 with a hard fought 2-0 win in Luxembourg.

“I wasn’t 100 percent and I’m still not,” he said. “In the last three weeks, I have played at a slightly reduced capacity.

“But when it comes to sacrificing myself for my club and my national team, I do it with pride.”

Sarri said Ronaldo had a “little knee problem” after replacing him during Juventus’ 1-0 win over AC Milan last weekend, despite media reports that the five-time Ballon d’Or winner had left the stadium before the end of the match.

“I don’t like to be replaced, no one does,” added Ronaldo. “I tried to help Juve even when injured.”

Juventus are back in action with a visit to fifth-placed Atalanta in Serie A on Saturday.

“I sacrificed myself for the team,” he said. “We could have missed out (on Euro 2020). Thankfully, I haven’t been injured much in my career but it can happen.”

“It’s a pain that prevents me from being 100 percent, but I always try to play. They created a big controversy where it didn’t need to exist. I’ll be back to 100 percent soon.”

Portugal finished second in Group B with 17 points, three ahead of Serbia who drew 2-2 with Ukraine.

Ronaldo would become only the second player to score 100 goals by reaching that milestone.

“The 100th goal will come naturally,” he said. “Records are there to be beaten and I am going to beat them.”