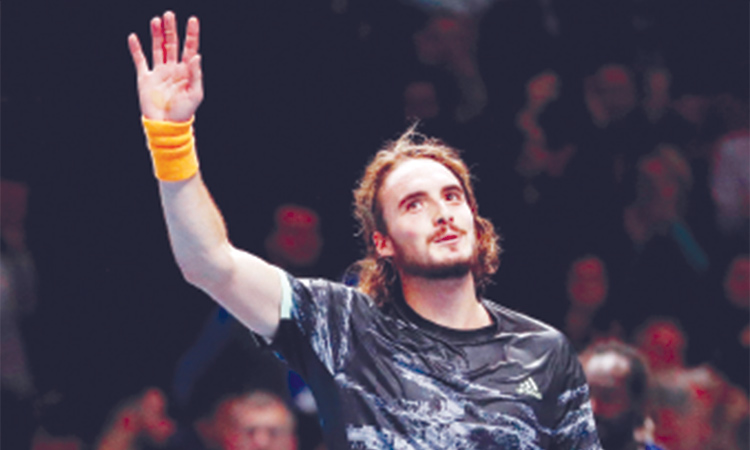 Greek tennis sensation Stefanos Tsitsipas booked his place in the final of the ATP Finals in his tournament debut on Saturday when he handed six-time champion Roger Federer a shock 6-3, 6-4 semi-final defeat on Saturday.

The sixth seed, who is 17 years younger than his 38-year-old opponent, had beaten the Swiss maestro at the Australian Open but had fallen to him twice since then.

Federer was a far cry from the player who decimated Novak Djokovic in his final round-robin match. He struggled on serve and hitting a total of 26 unforced errors compared with just five against the Serbian. But Tsitsipas belied his years with a performance full of confidence and grit, saving 11 out of 12 break points during the match.

Coming into the match, the Greek 21-year-old led the tournament in service games won, with 35 out of 37.

Tsitsipas conceded a break point in his first game as cries of “Let’s go Roger, let’s go” rang around the O2 Arena but he survived the scare and broke Federer in the next game.

Thereafter it was a case of what might have been for Federer, who dropped just six points on his serve in the first set and saw a whopping six break points come and go.

Tsitsipas was forced to dig deep to see out the set, needing seven set points before he finally closed it out 6-3.

Federer was in deep trouble when Tsitsipas broke him to love in the third game of the second set but he finally made a break point count -- his 10th, to level at 2-2.

Tsitsipas, dominating rallies from the back of the court, broke back straight away with a forehand cross-court winner for a 3-2 lead.

At 5-4 down Federer knew he had to break Tsitsipas for only the second time in the match.

The Greek slipped to 15-40 down but Federer again could not take advantage, spraying a forehand out to give his opponent a match point and he won with an ace.

Earlier, Rafael Nadal was unable to crown his season with a first ATP Finals title but he ends it as world number one and with a chance to lead Spain to Davis Cup glory.

The Spaniard, who came to London under an injury cloud, had a terrible start to his week at the O2 Arena, crushed in straight sets by defending champion Alexander Zverev in his first round-robin match.

But he produced a performance of astonishing grit to recover from 5-1 and match point down against Daniil Medvedev and saw off Tsitsipas in three sets on Friday.

It was not quite enough to reach the semi-finals but Nadal leaves London after securing the year-end number one ranking for a fifth time, pulling level with Federer and Novak Djokovic.

Nadal was in the strange position after his win against 21-year-old Tsitsipas of not knowing whether he would be heading home or playing Federer in the knockouts.

Later, Zverev’s win against Medvedev confirmed his tournament was over.

The 33-year-old, who was presented with the trophy for securing the number spot on court, said it was difficult to compare the achievement with winning a Grand Slam.

Nadal is now on 19 majors, just one behind Federer after winning his 12th French Open this year and his fourth US Open crown.

“I know it is something so important because to achieve this you have to play well for 11 months,” he said.

But he said finishing on top of the world was a great achievement after his struggles with injuries earlier in the season. 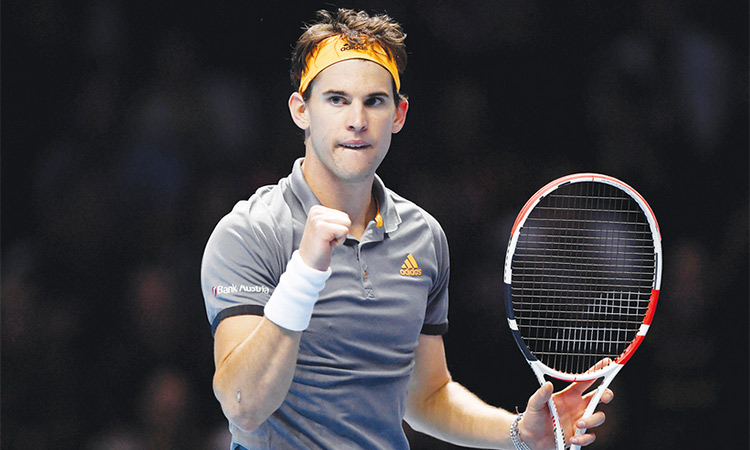 Roger Federer faces a tall order in a bid to qualify for the last four of the ATP Finals after a 7-5, 7-5 loss to Dominic Thiem in his tournament opener on Sunday. 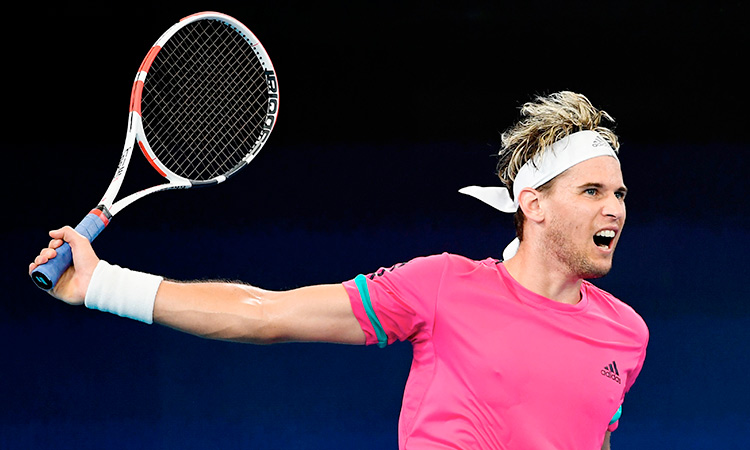