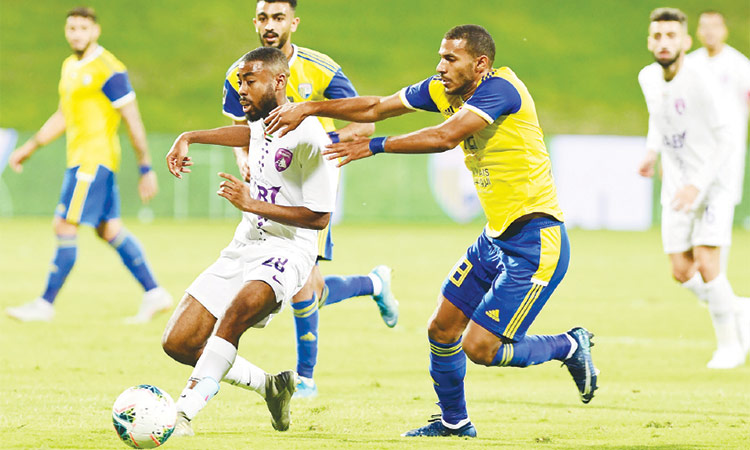 Al Ain and Al Dhafra players vie for the ball during their Arabian Gulf Cup match.

Al Ain maintain their perfect cup start as they defeat Al Dhafra 2-0, at Hamdan Bin Zayed Al Nahyan Stadium in matchweek 5 of the Arabian Gulf Cup Group A on Saturday.

After a slow start, Al Dhafra were first to threaten Al Ain around the 30-minute mark through Joao Pedro, whose powerful freekick strike near the edge of the box missed the target by a narrow margin.

Al Ain responded immediately as Caio Canedo broke the deadlock just two minutes later. The Brazilian’s right footed drilled freekick effort nestled into the back of the net, to make it 1-0.

Four minutes ahead of the break, Canedo was once again at heart of attack for the Boss. Jamal Maroof squared the ball towards Canedo, whose first time curler was parried away by Abdullah Al Nasri.

In the 66th minute, Al Ain came knocking once again through another clever freekick effort, but this time from Mohsen Abdullah, however, his strike was saved by Al Nasri.

Meanwhile, Saeed Jassim’s first half goal made the difference as Hatta edged Sharjah 1-0, at Hamdan Bin Rashed Stadium on Saturday.

Hatta started in a lightening fashion, as they took the lead in the 17th minute through Saeed Jassim. The number 19 intercepted the ball from Marcus Vinicius and sent a powerful strike that hit the post and went inside after a touch from Mayed Muhsin.

Sharjah tried to level things up in the first half, however, Hatta maintained brilliantly locked defence, until the referee blew the halftime whistle.

Four minutes after the restart, the King were awarded a freekick in a dangerous zone. Vinicius tried to convert, however, his right footed curler was denied by Zayed Ahmed.

In the fourth minute of injury time, Sharjah nearly scored the equaliser through Tariq Ahmed, who advanced up the wing before cutting inside the box, but his left footed strike hit the side netting after a deflection of Hatta’s defender.

The win revived Hatta’s hopes as they moved to Group B’s fifth spot with four points and will face Bani Yas next fixture. Meanwhile, Sharjah sit third with six points ahead of their encounter against Fujairah in matchweek 6 of the Arabian Gulf Cup.

After a slow start, Al Wahda managed to threaten Ajman’s goalkeeper in the 30th minute when Carlitos unleashed a powerful strike that was brilliantly parried away by Ali Al Hosani behind for a corner kick.

Four minutes ahead of the break, the Oranges responded as Vander Vieira’s corner kick was poorly knuckled away by Rashed Ali to find Hussain Abdulrahman, whose first time low volley was denied by Ali followed by a clearance from Al Wahda’s defenders.

The Clarets started the second half in an electrifying fashion, as they broke the deadlock just three minutes after the restart. Sebastian Tagliabue released Carlitos behind Ajman’s backline. The Spaniard smashed the ball into the back of the net to make it 1-0.

In the 66th minute, Al Hussain Saleh sent a left footed cross inside the box that was met with a clever header by Tagliabue, however, his effort missed the target by a narrow margin.

Kalba started on the front foot as they nearly took the lead just eight minutes into the game, when Dawood Al Bloushi sent an out-swinging cross from the corner kick towards Henrique Buss, whose header went just wide over the bar.

The Tigers kept pressing forward and in the 34th minute, Ibrahim Sarhan received the ball after a miscued pass from Saud Saif. The number 99 advanced forward, but his right footed rocket was difficultly blocked by Hassan Hamza.

Earlier, Al Nasr and Al Jazira shared the spoils in a 0-0 draw at Al Maktoum Stadium on Friday.

The first half got off at a slow pace as the bulk of the gameplay was in the midfield and both teams failed to create any real threats on either goal with Al Nasr maintaining the majority of possession until the referee blew the halftime whistle. 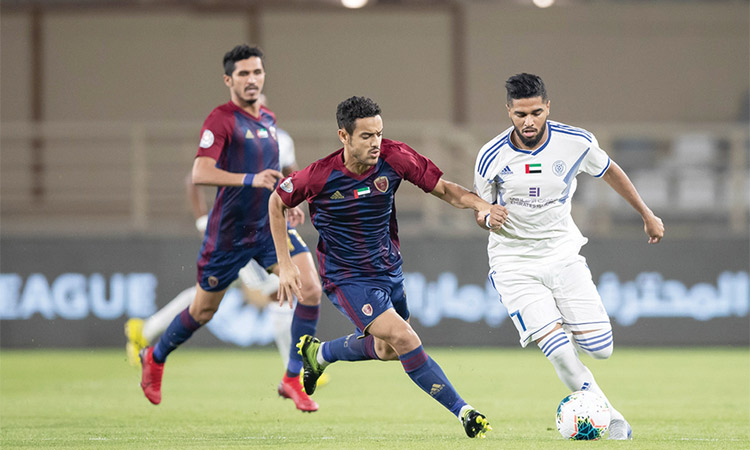 Kodjo Laba’s fourth goal of the campaign secured the three points for Al Ain in a 2-1 win against Hatta at Hazza bin Zayed Stadium in Matchweek 4 of the Arabian Gulf League on Saturday. 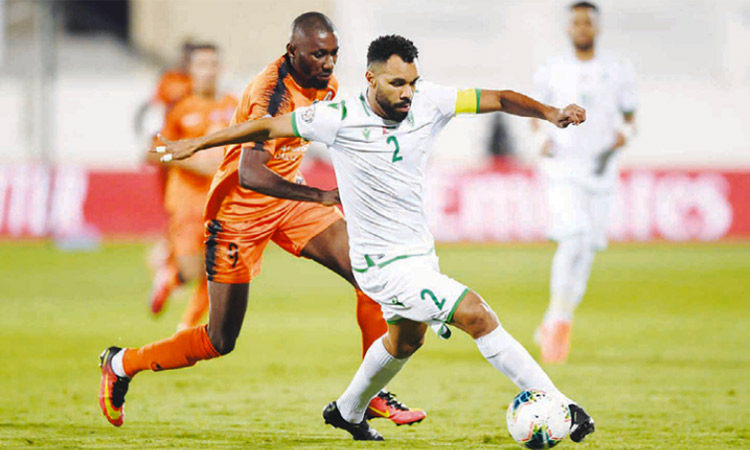 Ajman and Khorfakkan exchanged late goals from the spot to play out 1-1 draw at Rashid Bin Saeed Stadium in matchweek 7 of the Arabian Gulf League. Khofakkan started on the front foot, as they nearly opened the scoring in the 13th minute 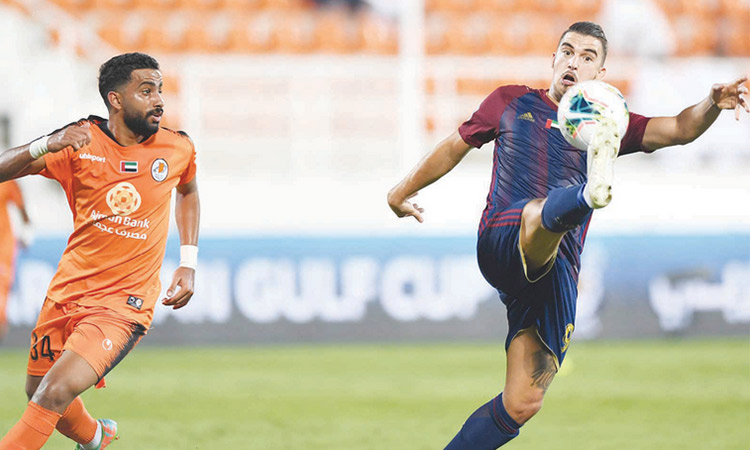