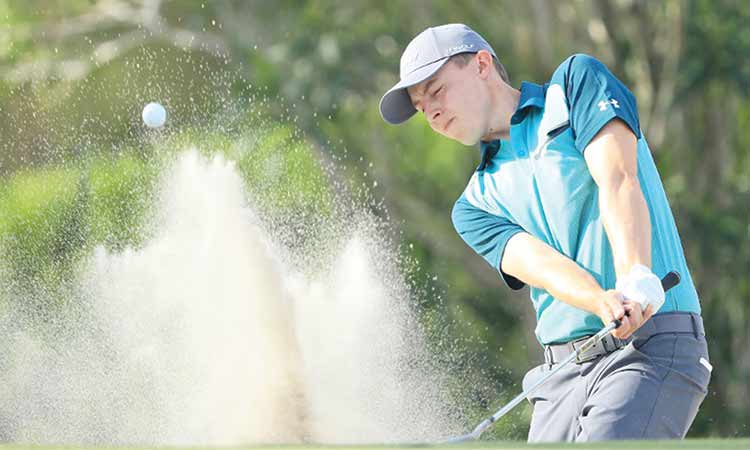 Former DP World Tour Championship winner Matthew Fitzpatrick arrives at Jumeirah Golf Estates without a win this season but the 25 year old finds himself ranked fourth in the European Tour’s Race to Dubai Rankings following a string of runner-up finishes and is targeting a strong finish to the season in Dubai as he aims to extend his run of winning every year on Tour since 2015.

“I feel like I’ve played well this year,” said Fitzpatrick. “All I’m missing is a win. I’ve felt very comfortable all year and I’ve worked really hard on the aspects of my game I needed to improve on, and, fortunately, they’ve paid off. Hopefully, I can keep on improving before the end of the year.”

The Englishman claimed a third European Tour title at the DP World Tour Championship in 2016 with a brilliant one-stroke triumph over compatriot Tyrrell Hatton on a course he had initially felt was unsuited to his game when he made his debut in the event the previous year.

“When I first got to the DP World Tour Championship in 2015, I thought it was a bit of a bomber’s course and I didn’t think I’d have any chance here,” said Fitzpatrick.

“But apart from last year (tied 34th) I’d played it three times before that and finished inside the top 15 every time – including my win in 2016 – so I think the Earth course suits my game well.

“It’s generous off the tee but you’ve got to have great approach shots to score well and that’s often a strength of mine. The 18th hole brings back some great memories. It’s a really good hole when the tees are pushed forward a little bit because it brings the water into play, so you’ve got to hit a really good shot. It’s a demanding hole but that’s what makes it so good. Early on there are some holes which you can attack. The second is a short par-5; the approaches to holes 3 and 5 are both with short irons; the seventh is another par-5, so you can definitely get your score going on the front nine. If you can do that then you can head into the back nine with a fair amount of confidence.”

Fitzpatrick has witnessed first-hand the rapid expansion of Dubai over the past 15 years and the Sheffield native believes the emirate is the perfect location for the European Tour’s season-ending tournament.

“I’ve got so many memories of Dubai, beyond playing golf,” he said.

“I went on a family holiday there in 2004 before everything was built up so Dubai goes quite a long way back for me. The golf world is gravitating towards that part of the world now and I think it’s great for the game.”

With the winner taking home a cool US$3 million at this year’s tournament, the eyes of the golfing world will be fixed on the DP World Tour Championship and Fitzpatrick can’t wait to get down to business, knowing he will have huge support at the event.