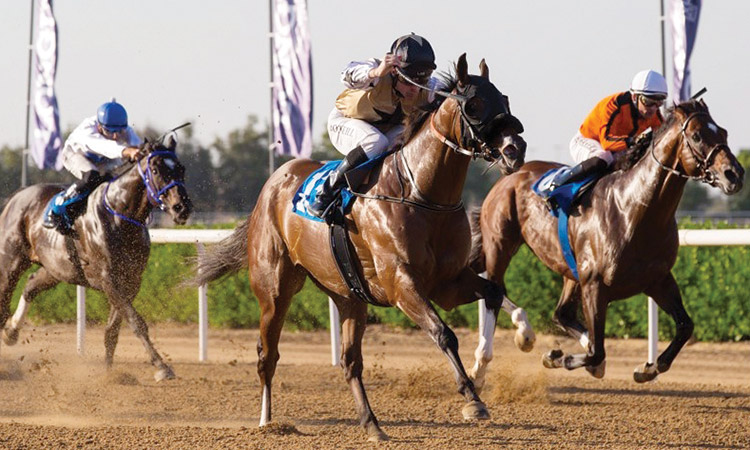 The last of the five UAE racecourses to host a fixture this season, Al Ain stages the first of its 12 2019-20 meetings on Thursday with a seven-race card, including just one Thoroughbred contest, a wide-open 1000m handicap slated as the day’s second race and a post time of 5:30 p.m.

The maximum allowed field of 15 declared is led by Rich and Famous, who will be saddled by Salem Bin Ghadayer for Sheikh Hamdan Bin Mohammed Al Maktoum. Jockey Royston Ffrench will be in the saddle after having been injured at Abu Dhabi last Friday and subsequently missing Saturday’s meeting at Sharjah.

A 5-year-old gelded son of Bernardini, Ffrench’s mount was bitterly disappointing in his first local campaign last season, finishing nearer last than first on each of his seven outings, but on his seasonal reappearance, he was beaten just a neck in the final strides of a 1400m handicap at Jebel Ali. A half-brother to 2019 UAE 2000 Guineas (G3) winner Estihdaaf, the blueblood had clashed heads with top company earlier in his career when with Mark Johnston, including Sir Dancealot and Best Solution and a defeat of subsequent DWC Carnival winner Ekhtiyaar.

Ffrench said: “Obviously it is nice to be back in action and I must thank everyone for all the kind messages and best wishes after last weekend. I am back, raring to go and this horse should go well after his good reappearance. He shows plenty of speed in his work and did so again at Jebel Ali. Hopefully he takes to the Al Ain surface and can run a big race.”

Satish Seemar saddles two with stable jockey Richard Mullen electing to partner One Season, a 1000m winner at Sharjah on his reappearance 12 days ago in a race won last year by stable companion Bedaveeya, eighth in that race this time, and to be ridden by Tadhg O’Shea.

Multicurrency is a first ever UAE runner for trainer Nicole Ruggeri, who trained US-based Purebred Arabian star RB Texas Hold Em to victory in June’s President of the UAE Stakes (G1) at Churchill Downs. A son of Exchange Rate, cleverly named Multicurrency showed enough ability on occasions during his first UAE campaign last season to suggest he can be competitive under Pat Cosgrave.